At DIS 2017 John shared many examples of how his company was harnessing technology to work with high-end brands and what lessons publishers could learn from this approach. 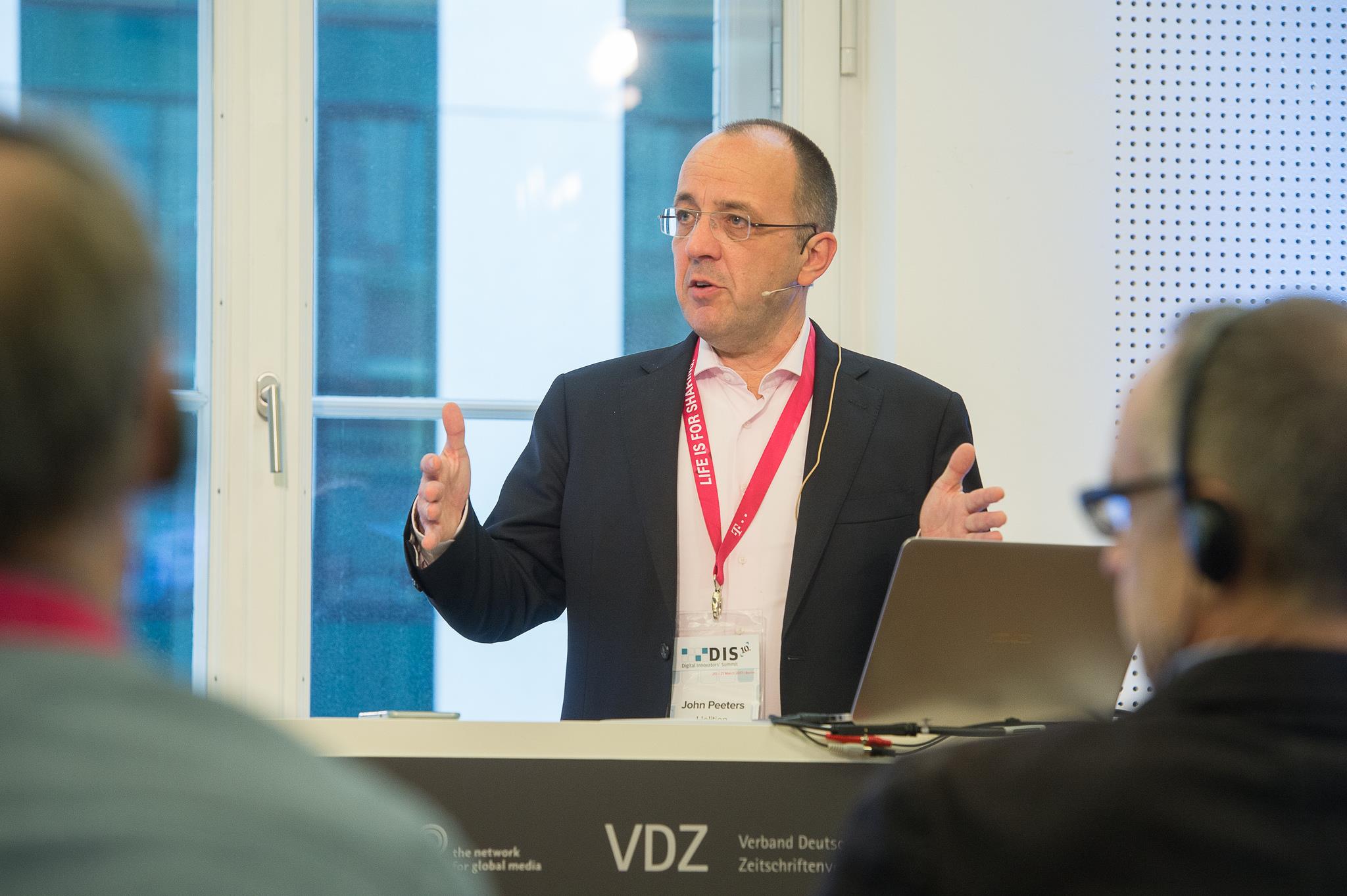 John began his presentation by explaining how luxury brands are in some ways reluctant to experiment with digital concepts. “Luxury brands are often about the quality of the goods, what makes the product looks good, the smell of the leather,” he suggested.

He then outlined how several companies are on a journey in experimenting with immersive experiences, but stressed that they often put up opposition to using them in store.

For example, Holition worked on a project for Louis Vuitton in a white space gallery with only markers on the floor. It was only when people downloaded the app that they could then see an immersive version of the 15 new bags for the season.

He also cited an example of how brands work with social media influentials such as Chinese blogger Papi Jiang. Jaeger LeCoultre used her to establish a connection with the millennials in China, for a high-end watch, which could be personalised in store.

An example of effective use of technology in store was from clothes retailer Uniqlo. As John explained Uniqlo’s signature is that they make only a certain number of clothes, but make them available in many different colours.

Uniqlo noted that in general men are reluctant to try on the different colours in store so they approached Holition to find a solution. It developed a Magic Mirror that changes the colour – the fitting is real only the colour changes.

Vans the shoe retailer has a similar product in store which enables people to project Vans shoes on to their existing footwear.

John finished his presentation by saying that “digital in store has endless possibilities as long as it not used in the wrong way. The right way is to  start with strategy for the brand, then the message should a spark a creative solution and only then should brands harness the technology.”