Today (Day 2, 21 March), Josh Rucci GM and global head, media distribution, Bloomberg LP was among them. He took a long look at monetising content via distribution. Read our story from Day 1 here. 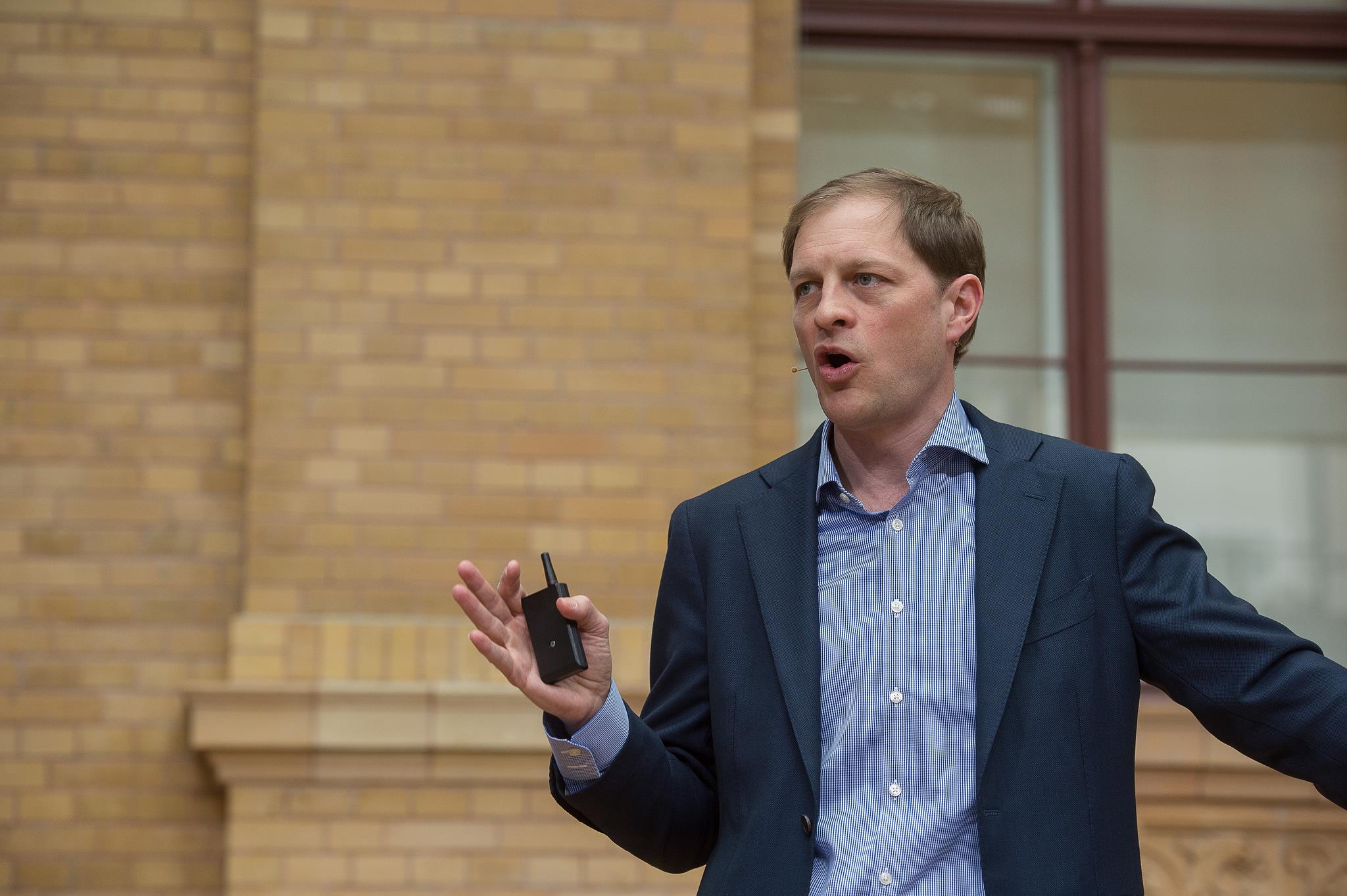 Josh began his speech by outlining the breadth and reach of Bloomberg today. The company has 152 bureaus in 72 countries, 2400 journalists and also boasts a global TV network that ‘follows the sun from San Francisco to Sydney.’

The company has also broadened the number of areas that it produces content in. It may have a pedigree in business news, but increasingly  areas like technology and global news are becoming very important.

Josh explained that Bloomberg has three main types of customers. Firstly people who use its Bloomberg terminals – which is software used by business professionals from around the world including media publications. Then there’s the audience on digital and mobile which is around 51 million. Lastly Josh pointed out that Bloomberg has a distributed audience of 1.45 billion.

Josh then went into more detail about how Bloomberg’s distribution platform works and the rationale behind it. He said:

1. It increases reach – Bloomberg can deliver content to 1,600 media outlets.

2. Bloomberg is selective in who they distribute the content to – Bloomberg wants to focus on broadcasters and publishers who can reach global business leaders.

3. It is a main revenue line –  Content licensing including images, text, photo, video and data are distributed via the linear TV business. Bloomberg also has many branded partnership – localised versions of Bloomberg in specific countries.

1. Staffing – People are critical. Bloomberg looks for people in places who speak the local languages. Most of Bloomberg’s staff are bilingual.

2. Content strategy – “Without content we don’t have a business,” said Josh. Integration across platforms, data, video and TV. For example Josh talked about a video series called ‘Hello World’ where Bloomberg chronicles technological innovation around the world. The content is also language-driven. Josh pointed out that content expansion is often determined by language rather than nationality as it increases reach.

3. Delivery on platforms are key  – Bloomberg has been experimenting with formats that work across platforms. For example charts representing data can work online, in print and on TV.

4. Insights –  Everything needs to work together. Bloomberg spends time determining which data is valuable and sends out a monthly report.

Josh then said there are four main challenges that Bloomberg faces.

1. Prioritising markets – choosing which cities to focus on?

2. Audience scale v quality – Josh said it easy to publish content that has reach, but often that type of content is not in keeping with Bloomberg’s brand values or relevant to its core audience.

3. Build versus Buy – Bloomberg has invested in new companies to solve technological problems, but at the same time is also creating its own solutions.

4. Cohesion of approach – as Josh stated it is so important to bring it all together.

BritBox – a new approach in US SOD

Following on from Josh was, Soumya Sriraman, president, BritBox. Britbox is a new SVOD channel which debuted two weeks ago in North America. It is a collaboration between the BBC and ITV and aims to serve the best of British TV content. It is a subscription based service. 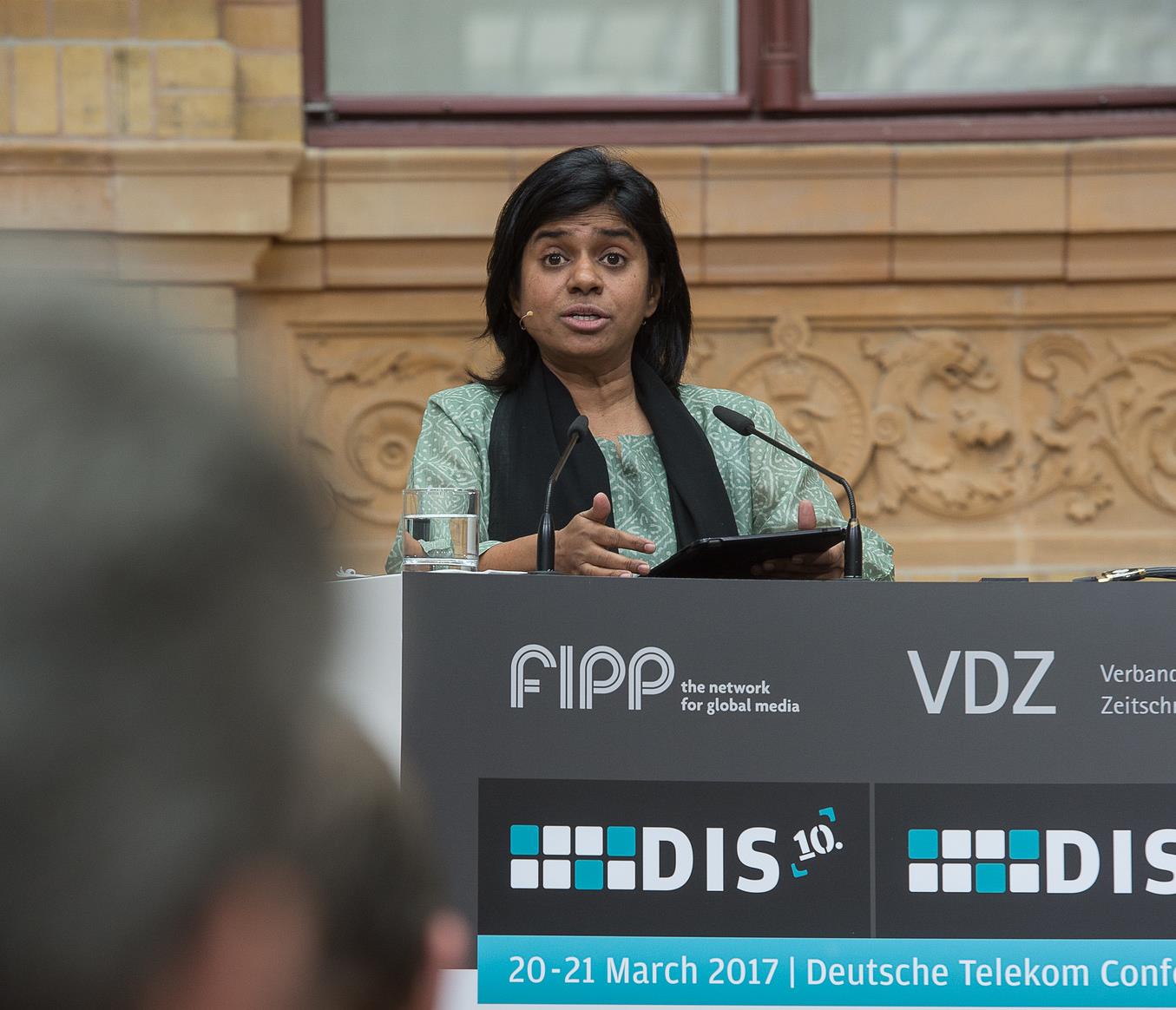 Soumya explained that the BBC had been planning on launching a similar type of service for several years but the success of Netflix, as well as the agreement to bring ITV onboard as a partner speeded up the launch.

Soumya added that she thought Netflix was a great example of how a company could innovate in SVOD. “When it launched it talked about long tail content, whereas now it is now the Hollywood short-tail. They are adapting and iterating constantly.”

She added “agility is key, in this digital space we are on a rollercoaster ride, if we try too hard to hold on we miss opportunities.”

Yet in spite of the ever changing media landscape Soumya believes that the are two elements that don’t change – content and consumers. Of the latter she suggested “you are what you consume, and how you then share that content to your closest followers.”

Soumya added that social media has enabled like minded people to come together. “Audiences are defining themselves, forming online tribes and seeking services dedicated to their favourite content.” The SVOD market is expanding and even though there are lots of players Soumya is very confident there will be a significant demand for Britbox because of the content it has access to which includes dramas, soaps, current affairs programmes and much more.

Soumya finished by saying that it is very early days for BritBox, and it has a long road ahead, but it will be listening and learning along the way.

Another speaker who had a very powerful message about monetisation for DIS 2017 was Johann C.Freilinger, head of marketing and communications, SAP Exchange Media.

Johann’s presentation began with him offering figures on the explosive growth of digital ads in the US. Figures from the IAB showed that there was 20 per cent ad growth in US in 2016 and that US$17,6 billion dollars was spent on digital. 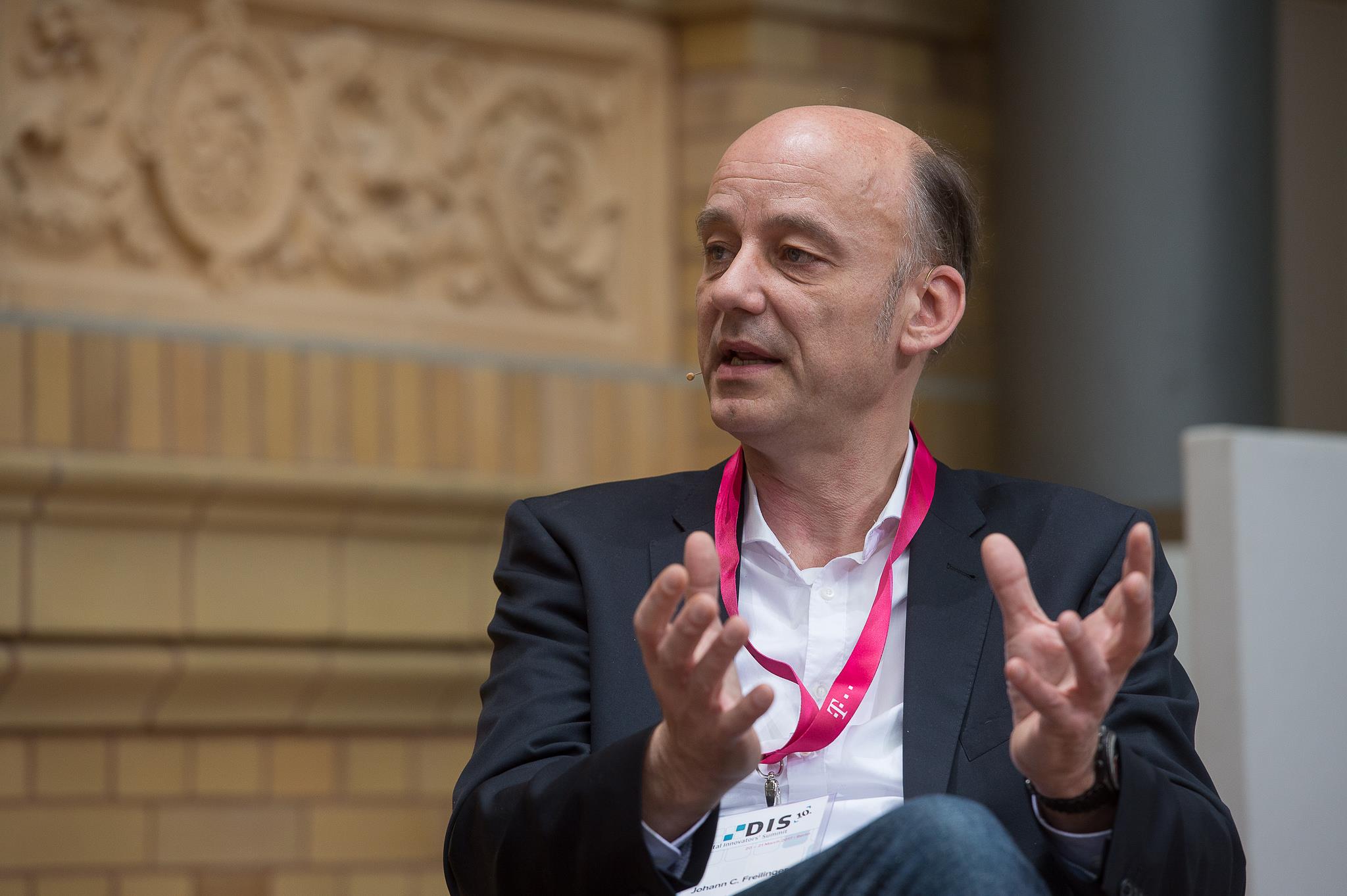 The sucker punch though is that publishers, both legacy and startups, only attracted 10 per cent of that figure. 90 per cent of the revenue was generated by Facebook and Google.

Johann then said that the reason why the big two had a virtual monopoly was 1 A huge user base 2 Data intelligence about that user base. These combine to create relevancy – if you can create relevancy you are more successful Johann said.

Johann then outlined a potential solution saying that publishers need to come together with agencies and find a way to offer a service as compelling as Google and Facebook.

Johann stressed the importance of first party data. “We know as much about our customers as Facebook does. How should we leverage that?, he asked? How can we create a new future for agencies and publishers together. It is a question that SAP Exchange Media along with many others in the publishing industry are working on.