BBC Good Food’s foray into the world of voice

Good Food magazine’s new recipe search voice skill built for Alexa devices has this year become the strategic partner for Alexa in the UK and Ireland. Hannah Williams, editor, BBC Good Food, UK, explained to 500 media executives from 40 nations at the Digital Innovators’ Summit in Berlin that the process to build a voice skill was sparked by statistics suggesting 50 per cent of content searches would be via voice by the end of next year. 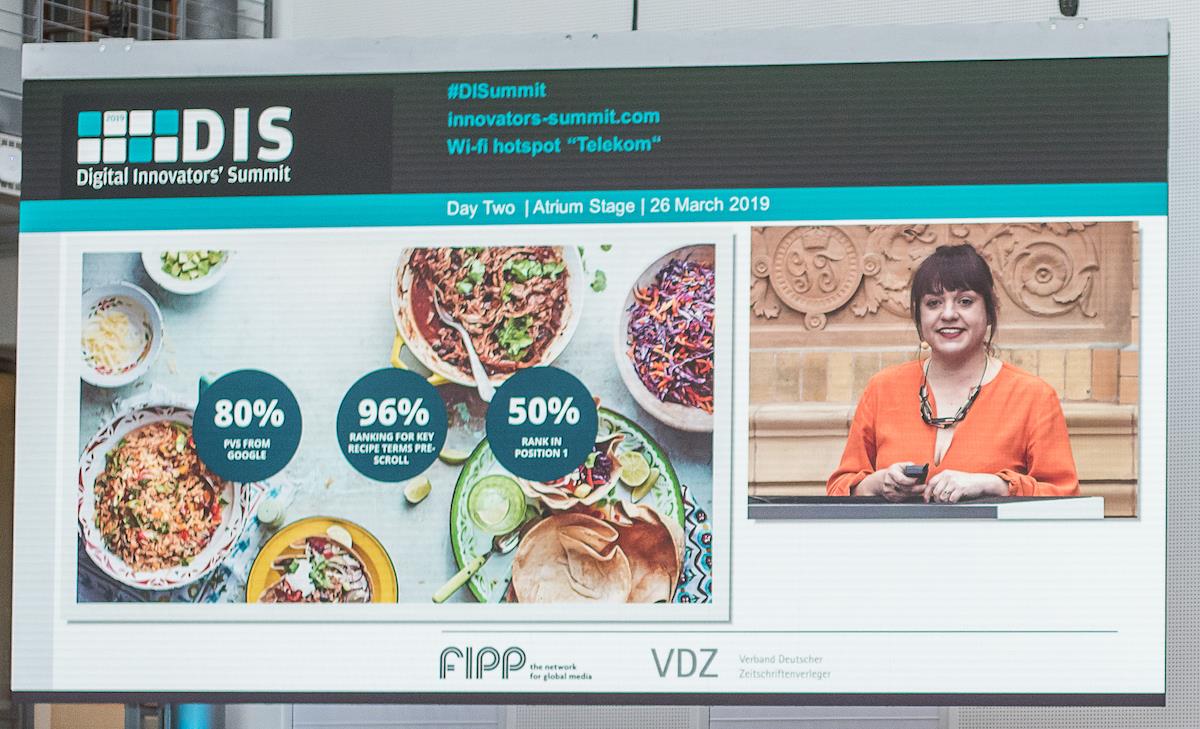 The statistics around the BBC’s Good Food magazine title are nothing short of impressive. It is the number one food magazine in the UK and benefits from 1.3 million readers and 25 million monthly online users. With 80 per cent of online traffic coming via Google searches, chances are that when you search for a recipe, BBC Good Food recipes will show up in 97 per cent of the returns, out of which 50 per cent will be in the top spot.

One statistic, however, was not that heart warming, explained Hannah Williams, editor, BBC Good Food, UK, at the Digital Innovators’ Summit in Berlin: 50 per cent of content searches would be via voice by the end of next year. This, said Williams - true of false - confronted them with a huge task: to build a relevant voice skill for BBC Good Food to be used on Alexa.

According to Williams their initial point of departure was to determine how BBC Good Food could focus their efforts. To do this, they asked their readers how they were using their Amazon Alexa smart speakers in their homes. With results such as 45.9 per cent in the living room, 41.4 per cent in the kitchen and only 5.9 per cent in the garage and 2.7 in office, the thought was that developing a skill enabling users to ask for recipes seemed to be a good start.

They worked with a talented development team to establish a two-staged skill on Alexa. It would allow the audience to search the BBC Good Food recipe archive sorted by popular preferences such as cuisine, and then having Alexa offer a chosen recipe step by step for users to cook completely via voice.

She said the development did not go without its range of challenges. “Unfortunately, what seems simple for users is not always as simple for developers.”

They started by trying to map entry points for users and trying to predict how the skill needed to function. However, said Williams, it soon became apparent that it was “pretty much impossible” to make these predictions. They then decided to simply build the skill to the best of their ability, putting it out there for testing and asking people to play with it. They would then rely on trial and error while testing the prototype.

Their key initial learnings were:

Williams explained that if you ask Alexa a simple question, you might be confronted with 12,000 answers. They needed to find a way for Alexa to simplify the answer to three top suggestions, or similar.

With a large archive of recipes they needed to simplify each recipe step to two short sentences. On top of this they needed to eradicate all the recipes from abbreviations that could cause confusion in the voice format. Williams said it was a huge task but worth the effort as these recipes are now also better optimised for Google searches.

3. Limit the opportunity for error

Williams said the first prototype of the skill gave users a choice of three recipes, yet three choices of a chicken recipe can create long sentences that the user needs to remember and repeat. Most users often made an error. They soon learnt that Alexa should present the choices and then ask the user if they preferred 1, 2 or 3.

After a trial period they launched the skill in August and by February this year the BBC Good Food skill has become the strategic partner for Alexa in the UK and Ireland. This means that the magazine’s archive of recipes has become the default return for any recipe voice query on Alexa only six months after launch - another impressive statistic under the belt of an impressive title.