Finding a home at Penske Media, Rolling Stone 'poised to continue to tell world's most important stories... for decades to come'

For over 50 years, Rolling Stone has been iconic in its coverage of music and popular culture, political journalism and commentary. From the Beatles' Magical Mystery tour to Shawn Mendes, Rolling Stone has covered the greatest rockstars, the hottest celebrities, the biggest political stories. Called a 'counterculture bible' by The New York Times, the magazine has launched careers, defined what was cool, inspired a rock song, been embroiled in controversy, and over the last two years, found a new home with Penske Media Corporation. 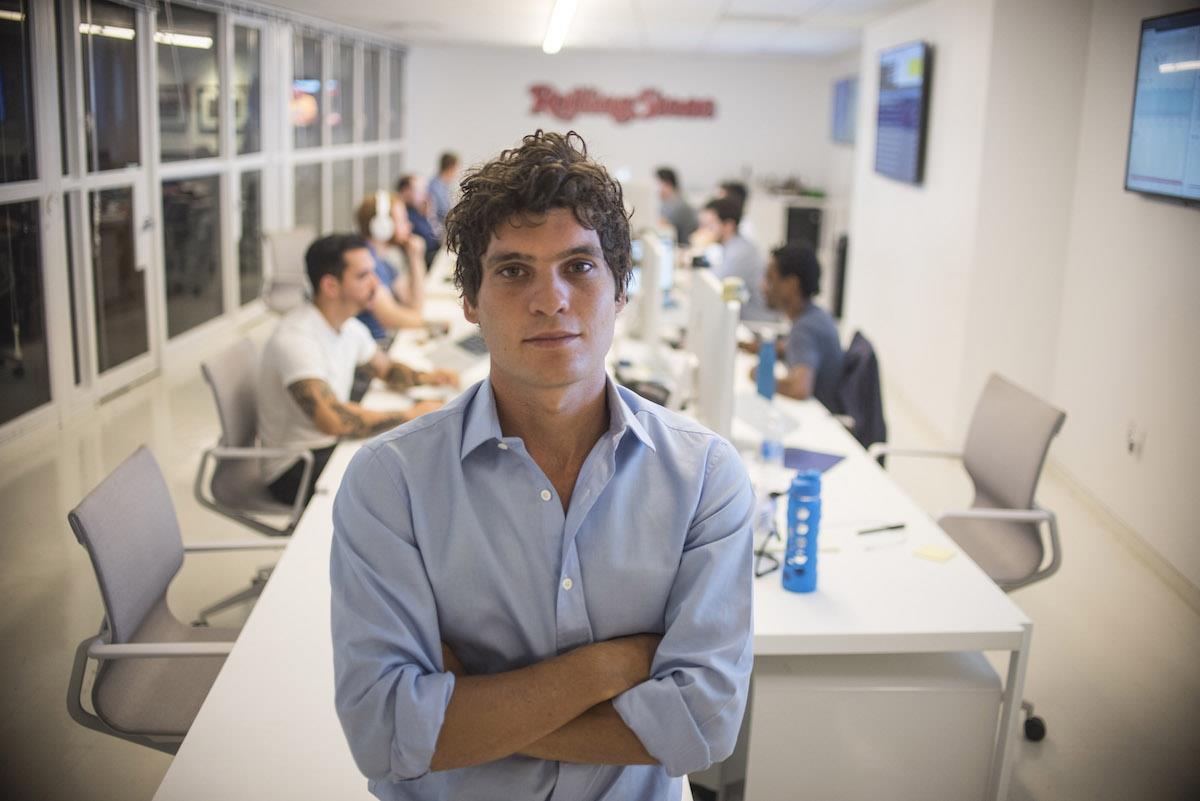 Now, the brand is positioned to evolve and survive the digital tumult that has affected so much of the media landscape.

Since early 2018, Rolling Stone has improved the quality of every component of the business, including re-platforming and redesigning both the digital and print products, said Gus Wenner, president and COO of Rolling Stone, adding that they've also heavily invested in increasing the number of full-time editorial talent on staff, reimagined video strategy and evolved their events business.

“I’m incredibly proud of Rolling Stone’s history and even more excited for its future,” Wenner said. “Rolling Stone has been integral to not only the music industry but to culture as well for over 50 years. With all we’ve accomplished in evolving the business, Rolling Stone is poised to continue to tell the world’s most important stories across music, entertainment and politics for decades to come.”

Over the past several years, Rolling Stone has expanded its editorial team to dive deeper into three core content verticals: music, politics and culture, Wenner said. “In the last year, we’ve shifted from a bi-weekly to a monthly production schedule and now produce a thicker, bolder magazine product than ever before,” he said. “We also are deeply invested in expanding our journalism into new audio and documentary platforms, and are developing strategies around international markets and merchandising, as well.”

Wenner said it's exciting to see the brand's mission continue to resonate with readers in print and digitally. “In print, we have one of the youngest readerships in the market, as well as digitally where we are publishing over 50 articles a day and reaching 30 million readers across our site and social platforms. Our millennial audience (A18-34) has increased 32 per cent in the past year and our digital traffic has increased 72 per cent during the same period.”

Founded in 1967 by Jann Wenner, the magazine media brand has covered political reporting, music, culture and entertainment. Wenner, currently the editorial director of Rolling Stone, still writes for the magazine (see his recent feature with Nancy Pelosi), and “remains passionate about political and societal causes, and of course music, and still offers invaluable editorial insights to our operation,” Gus Wenner said.

“Rolling Stone’s mission has been the same since it launched in 1967: to tell important stories that illuminate the culture of our times,” he said. “For more than 50 years, we’ve stayed true to that mission and have fostered some of the most prominent journalistic and photography talent in the world along the way.”

Penske Media bought a 51 per cent stake in Rolling Stone from Wenner Media in 2017. Following that, Penske purchased the remaining 49 per cent stake in Rolling Stone in January 2019, giving PMC full ownership of the brand including the international business and brand licensing. At the time, PMC chairman and CEO  Jay Penske told the BBC he hoped to ensure the brand's ascent, saying, “Our interest in Rolling Stone is driven by its people, its cultural significance and the globally recognised brand that has no peer in its areas of influence.”

“Penske Media puts us in a unique position as part of their digital-first media company, where we’re supported by deep expertise on how best to engage and grow our audience,” Wenner said. “This infrastructure allows us to maintain our high standards of quality journalism while also experimenting with new forms of audience engagement and partnership opportunities.”

Penske Media has a proven track record in acquiring, investing in, and growing content and editorial teams to evolve iconic brands in today’s competitive digital media landscape, according to Kevin LaBonge, vice president, Global Partnerships and Licensing for Penske Media. Over the last number of years, Penske Media Corp. has acquired and turned around Fairchild Media, including Women's Wear Daily, Footwear News and Beauty Inc., as well as Variety, Robb Report and IndieWire. “Penske Media has continually demonstrated an interest in and ability to successfully grow legendary media businesses while preserving the heritage and culture of each brand,” LaBonge said. 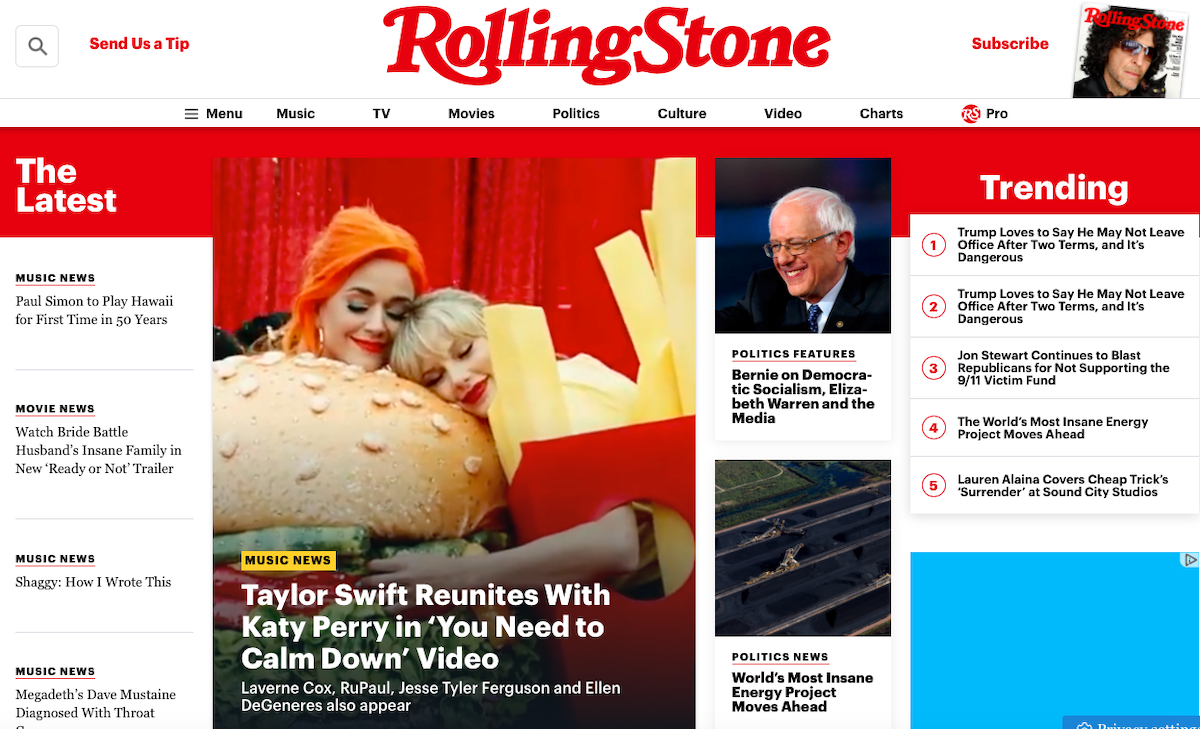 Rolling Stone's current footprint covers the Americas, Europe and Asia, from the US, Mexico, Argentina, Colombia, and Brazil, to France, Italy, Germany, Japan and India, providing the best coverage and connection to music, entertainment, and the culture in each of the markets, according to LaBonge. But, he sees opportunity to expand the iconic brand in international markets with partners in current and new markets.

“The Rolling Stone brand is one of the few iconic brands, not just media brands, where you can mention it in any country and people know it - even if it's never been published in their market/language,” LaBonge said. “Audiences around the world are excited by the brand and are looking for ways to engage with us to bring the brand to their market - be it as a magazine, website, event series, restaurant/bar, or through consumer products.  We're thrilled to be the caretakers of this brand and to work with some of the best companies around the world to bring it to all relevant markets.”

Into the future, PMC is looking to create natural evolutions of the Rolling Stone brand with partners to create high quality products and experiences, LaBonge explained. “When we talk to our audience in the US or other markets they are always asking for more ways to interact with Rolling Stone. To tap into this we'll be launching new experiences in the marketplace along with new merchandise,” he said.

Events and live experiences have been core to the brand for over five decades. In Germany, the magazine media brand has seen success with the Rolling Stone Park and Rolling Stone Beach events – “these are great festivals that our partners at Axel Springer have produced for 10 years and they continually sell out each year,” LaBonge said.

In the US, Rolling Stone hosts existing experiences including a partnership with Holland America, where the brand has created Rolling Stone Rock Rooms onboard cruise ships, LaBonge explained. Another partnership with HMS Host resulted in a Rolling Stone Bar & Grill at the LAX Airport, which brings the brand to life in the food space, he added.  “Next up is a new speaker series: Rolling Stone Reports where our journalists will be giving TED Talk-esque presentations on music, film, diversity, privacy, and the Millennial Identity,” he said.

Rolling Stone: the next 50 years

Opportunity beckons for Rolling Stone going forward, according to the brand's president and COO.

“We see great opportunity in video and audio as two new mediums to expand our groundbreaking reporting,” Wenner explained. “Over the past year, Rolling Stone has secured several partnerships to bring its ambitious journalism to life on new platforms, including exciting new deals with YouTube Music, Audible, Imagine Entertainment, Facebook Watch and Audm. Additionally, our new print and digital platforms allow for remarkable visual storytelling through striking photography.”