Despite popular belief, subscriptions and paywalls will not be the silver bullet most digital publishers have been waiting for. Instead, publishers should be exploring innovation in digital advertising formats, said Jessica Rovello, co-founder and CEO, Arkadium, USA, at this year's Digital Innovators' Summit in Berlin. She proposed four new formats as a good place to start. 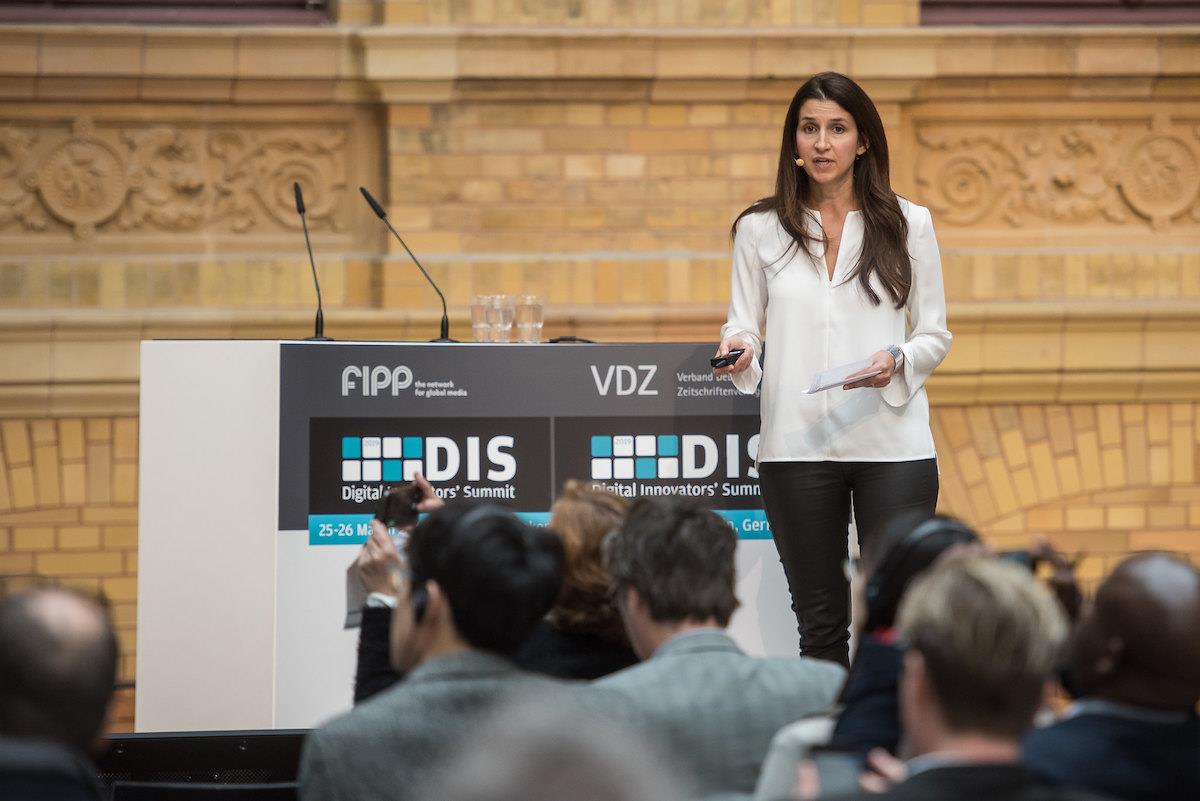 Jessica Rovello, co-founder and CEO, Arkadium, an agency that provides interactive content to some of the world's best brands and publishers, had pretty obvious news for the hundreds of digital publishers listening to her presentation at the Digital Innovators’ Summit in Berlin: “If you are a publisher, the unfortunate news is that you are competing with tens of thousands of online publishers for what is now between 20 and 30 per cent of digital ad spending.”

At a summit where the overwhelming message from most quarters was that subscriptions and paywalls will save the day, the statement above was trifling compared to what followed: 'Only a handful of publishers have made subscriptions and paywalls work and success came only after a lot of time, effort and very deep pockets to sustain the initial stages of getting it right. Even those who get it right will never reach the masses that will never pay for content.'

The only solution for those - the “tens of thousands” competing for the cash not already taken by the platforms and squandered by ad blocker - said Rovello, is to fix the broken online advertising model. The current system, she described as a “downward spiral” caused by poor digital ad formats which leads to ad blocking, reduction in revenue, more ads per page and ultimately an awful user experience.

To counter this, predicted Rovello, better engaging less intrusive digital adverts will lead to an upward spiral, which will decrease ad blocking, increase revenue, lead to less, but more relevant ads per page and create a better user experience.

Experimenting with better ad models remains in its infancy but some models have already proven successful. She referenced four of these alternative models, which all have three things in common:

1. They are immediate, load fast and take up little bandwith;

2. They are relevant, connect to what the consumer are engaging with on the page already; and

3. They are engaging, attempting to create a lean forward experience for the end user.

Parsec is an online ad model developed particularly with mobile pages in mind. Parsec mobile ads are monetised on a cost per second (CPS) basis, meaning that Parsec only charges brands for the amount of time that consumers choose to spend with their advertising.

Parsec uses what is called “politely interruptive formats” (the digital equivalent of full page print ads) that capture a reader’s full attention for an amount of time they control, making time an accurate proxy for attention.

Initial testing found that the interactive graphics drive brand awareness and enjoy unprecedented audience engagement through integrated experiences that are created and distributed at scale.

Launched by a Berlin-based startup, Opinary embeds opinion polls on web and mobile pages. It enables a new way for users to share their opinion in online content and now harvest around 84 million monthly users to share their views with a tap. Early clients include The Times, HuffPost and NBC. Brands can use Opinary to engage, generate insight, create conversions and monetise audiences.

TrueX creates interactive engagement adverts, mostly focussed streaming videos and OOT television. It allows for streaming-video viewers to interact with a commercial, at times in exchange for fewer or zero ads after that. The clear value proposition to viewers is that in exchange for a minute or so of attention they subsequently receive less cluttered experiences.

In all of the above examples, said Rovello, the ad products are engaging the end users more intensely, creating a much deeper relationship than intrusive display advertising. The good news is that advertisers are displaying a willingness to pay between ten and twenty times more for this kind of superior engagement.

She said that the real hope is that within the next two to three years experiments like the new models referenced above - and more - will break the downwards spiral experienced over the last couple of decades. Relevant and engaging advertising content that is contextualised will decrease ad blocking and increase income for publishers.”

Jessica is the CEO and co-founder of Arkadium, which provides interactive content to the world's most well-known brands and publishers, including CNN, Comcast, Microsoft, The Washington Post and USA Today. Founded in 2001, Arkadium has developed more than 300 mobile and online games, including Microsoft Solitaire Collection, one of the most played games of all time. Arkadium's games have been played over 10 billion times in over 100 countries.

Jessica is the winner of the American Business Award for Executive of the Year, the Stevie Award for Entrepreneur of Year, was named one of SmartCEO's Future 50 and is a Crain's New York "40 Under 40" winner.

In 2016 Jessica was featured on the cover of Inc. magazine when Arkadium was named its first ever "Best Workplace."