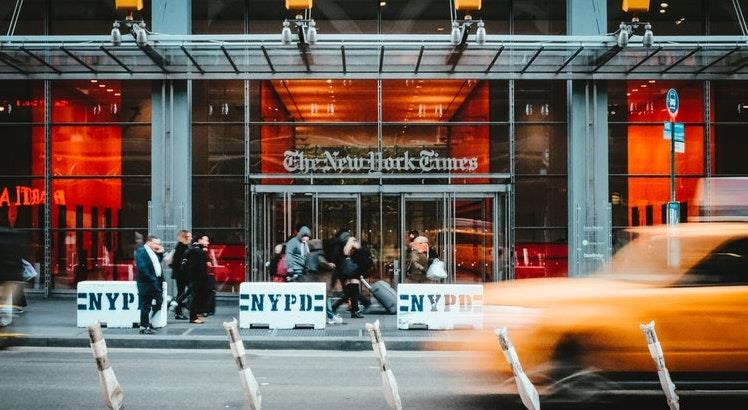 A few years ago, The New York Times launched Readerscope, an AI-driven tool that summarises what segments of The Times’ audience is reading, visualising who is interested in which topics and where they are. The tool can be used for content strategy, for branded content, or campaigns, to help advertisers and marketers understand their desired audiences better.

Readerscope has two separate functionalities, according to Kendell Timmers, VP of advertising analytics at The New York Times. One function is that it targets topics, creating clusters of topics by processing a corpus of Times’ articles going back four years, she explained. This created approximately a hundred separate topic clusters which highlighted distinct content and storylines frequently published by the Times. “The second function of Readerscope is that it creates a way to properly index and surface the most interesting relationships between those topics and our audiences in our DMP, between those audiences and location, and between those audiences and directly to articles,” she said.

While the importance of personas have been central to marketing and advertising campaigns for decades, offering insight into what a target audience identifies with and captures their interest, AI-based data can offer additional insight to an extent that wasn’t possible before.

Readerscope data gives advertisers and marketers a broader image of their target audience, honing in on areas of interest that might not always be apparent. The tool has broadened the scope of places advertisers are going within the Times site, Timmers said. “I think it’s a little bit of a crystal ball for an advertiser to be able to say,  tell me about this group that I’m interested in, tell me things that I wouldn’t already know about them.”

Using Readerscope, a sales rep would be able to go to a potential advertising client and explain topics of interest for target audiences, but also where they’re from, according to the data.

“We do take great care to make sure that there’s enough sample or enough people in each of these groups that we never get anywhere close to the ability to personally identify somebody,” Timmers said. “It is anonymous and aggregated to a point where there are thousands of cookies in each one, so there’s no way to get granular in a privacy invasive way.”

Readerscope as an analytical tool is showing you based on third party data, what people are reading, but it’s sort of allowing you to make that bridge from something that may be more personal, to something that is less personal.”

Over the last two years, Readerscope has changed how advertisers and marketers targeted audiences within the Times. “When we give them the insights about the people that are their target audience, where they’re reading may inspire them to choose to target by segments or target by section,” Timmers said.

Up until now, Readerscope has offered topic clusters that are an amalgamation of articles from throughout The New York Times’ site. Timmers revealed that The New York Times hopes to launch in the near future, the ability to target by those same topics.

“So now (advertisers and marketers) they’ll be able to look in Readerscope and say, ‘the audience that I originally cared about was, business decision makers, but I’m looking at it, and business and decision makers read topics X, Y and Z. Topic X is something that really resonates with the content of our particular ad. Maybe instead of targeting business decision makers, I should actually target that topic instead,’” she explained. And, marketers could choose to target that way as opposed to just targeting for the audience, giving brands more options based on the data.

Using data insight tools has made advertising and marketing more data-driven than it used to be, Timmers explained.  “I think with tools like Readerscope and our targeting tool ‘Feels’ and some of the other things that we’re launching this year, gives us a chance to test and learn and see results,” she said. “We’re really encouraging people to experiment based on data as opposed to based on guts. I think over time you’ll find data beats guts. We’re hoping to just provide the right amount and level of data to prove that out.”

“There’s a ton of pressure on the industry, but the way it survives is being able to come up with smart ways to meet what the advertiser needs most efficiently.”

“If you’re a major advertiser with us using Campaignscope, we will be able to tell you, hey, you didn’t target using this emotion or this content tag or this section of the paper, but if you had on this campaign, here’s what your response rate would have been,” Timmers said. “And, here’s how you would have done versus your competitors who are in the market with us at the same time.”

While AI-based tools in the media and publishing ecosystem are still relatively new, there’s a lot of opportunity to create insights and change strategy and optimise business. “I think the exciting thing about it is that there’s still a lot of white space,” she said. “There’s still a lot of opportunity to take the massive amounts of data that is generated by online behaviour in general, advertising specifically. And I think increasingly AI can be used as a tool for good.”