Some of the country-by-country differences are related to the prominence of specific apps or media literacy programmes. The United Kingdom’s high news website usage can be partially explained by the prominence and popularity of the BBC news app. While Finland heads an extensive media literacy programme, which is run and funded by the Finnish government. The programme teaches people how to understand and identify questionable information online, which is much more likely to appear on social media sites and messaging apps. Finland recently came out on top of a media literacy ranking put together by the Open Society Foundation.

Overall, the study found that about two-thirds of respondents used smartphones for news on a weekly basis, with that number nearly doubling over the past seven years for all countries. How people access news impacts both the quality and types of stories they end up seeking out and engaging with. 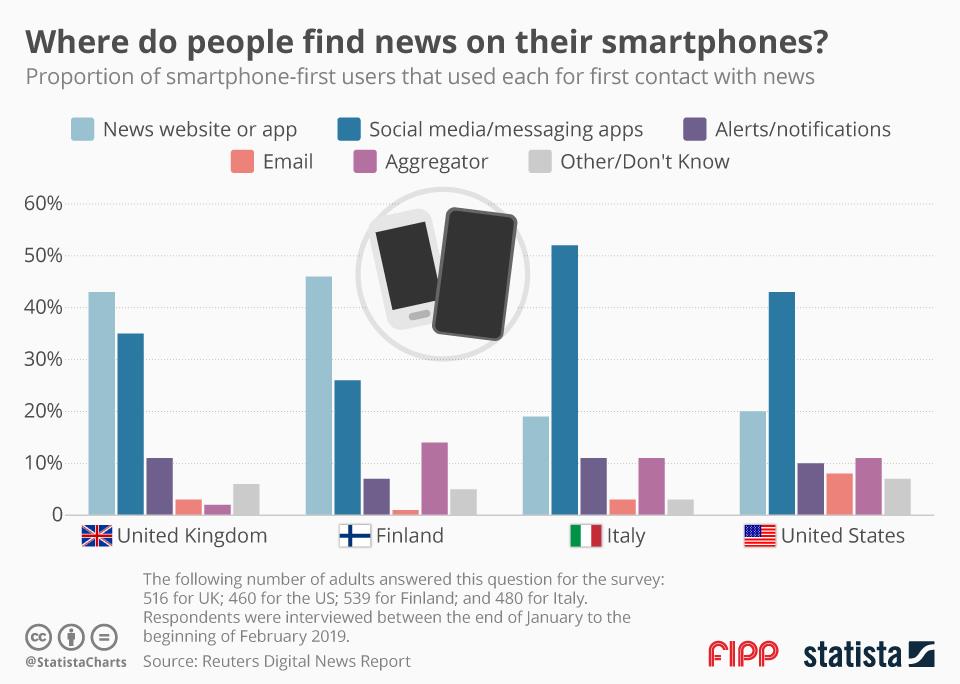 Chart of the week: Where Europeans are plugging into podcasts

Chart of the week: Free access is the most common pay model for all media

Chart of the week: What marketers are loosing sleep over

Chart of the week: News podcasts pull to the top of ad revenue in 2018