Recently I attended a conference where futurist, Ross Dawson, was the keynote speaker. Recalling his provocative predictions about newspaper extinction, it was refreshing to see he wasn’t offering a requiem, but a vision for creating the future of news.

In his presentation Dawson said that trusted aggregation, personalisation and community are a large part of a successful news media strategy. Hard to argue with that!

He also went on to say that “The goal is not only for news brands to offer value to participants, but to give participants the ability to create value as well. To truly create community, it is about creating connections between individuals.” 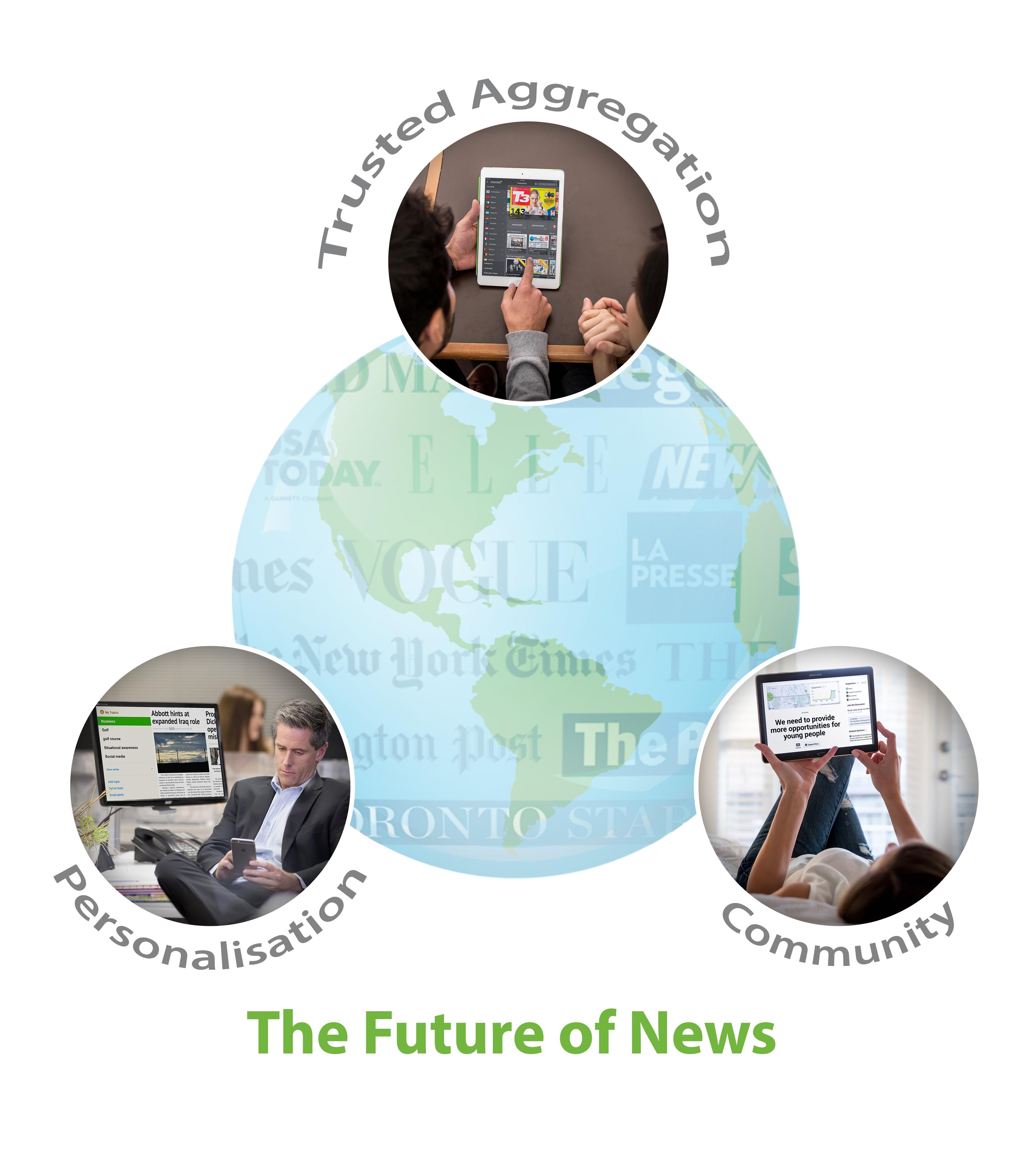 Dawson’s vision of the future of news probably isn’t what a lot of publishers want to hear, because if it is true, then it means their paywall-laden silos of non-syndicated content and comment blockers won’t be able to pave their way to that Publishing Promised Land.

But I believe it’s the only equation that adds up.  Remove one variable and you’re left with a two-legged stool – unstable and unsustainable.

For hundreds of years magazine and newspaper publishers had a monopoly on content, channels of communication and news consumers that they coveted like it was the crown jewels.  Aggregation was (and still is for many) a 4-letter word; sharing was a sin.

But the times, they are a-changing fast and although quality content is still an important factor for success, it’s trumped by trust.  And unfortunately for publishers, today’s promiscuous news consumers trust search engines more than traditional media brands. 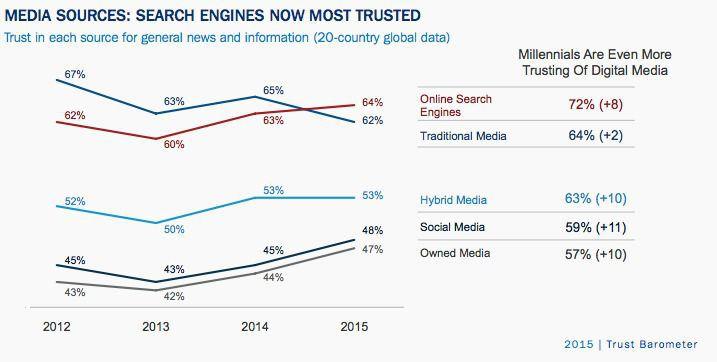 Search engines (read Google) were the first form of news aggregation on the web and although it wasn’t pretty, it was convenient and free.  It opened up opportunities for people to read diverse perspectives on current events and other news from multiple sources, prompting many readers to abandon their printed publications in favour of online news snacking.

Content aggregation revolutionised the publishing landscape in ways traditional publishers never imagined.  Search may have opened the door, but it didn’t take long for the giants of Social and Smartphones to enter the market in droves.

Facebook is determined to become the largest news publisher on the planet with Instant Articles; Google, Yahoo and Twitter are said to be “in acquisition talks” with Flipboard -- the popular magazine-style app that became the model for Apple’s Newsstand replacement, Apple News.

These industry titans understand market opportunity when it stares them in the face.  Meanwhile publishers remain blind to the fact that what readers want is the antithesis of the paywall paradigms and paid circulation models they’ve been protecting for years.

It’s time for publishers to face their fears of aggregation and losing control and realise that their content is not core to their success, consumers are.

Today’s “me” generation isn’t interested in what editors think they should read.   When it comes to content discovery and presentation, one size does not fit all.   Publishers need to recognise that the content they produce for the masses must be served up as if it was custom-tailored for just one.

Through today’s smart behavioural analytics publishers have the tools to help them better understand their readers so they can give them what they want -- frictionless, personalised content discovery and presentation based on their interests and those of like-minded people.

But getting up close and personal with readers isn’t really on the agenda of many publishers who still live in a print-oriented world where the expression “never the twain shall meet” epitomises the reader-publisher relationship.

Publishers need to really understand their audience and what makes them tick, click, or even better, stick with, their content.  They need to know what content and advertising engages their readers the most, as well as where, how and when they consume, share and interact with that content.

With 52 per cent of online adults participating in two or more social media sites today, it’s obvious that we are living in a hyper-connected, social world where silence is not golden, it is shunned.

But, instead of capitalising on new opportunities to connect with readers, and readers with each other, many publishers have muzzled their audiences, blaming trolls and declaring “brand protection” as excuses for denying readers a voice in the news.

Instead, publishers jump face-first into Facebook to try and build a community on social media – a pipedream if there ever was one.  You can’t build a loyal community on a property you don’t own and control.   And trusting Facebook to do the right thing for your brand is crazier than believing that a black widow spider won’t commit cannibalism after she mates.

The road to a brighter future

Listen up publishers…It’s time to tear down your content walls, question all the rules of your past and work together as an industry to create a social network for aggregated news before the new bullies on the block build it first and steal your audience, ad dollars and ability to connect with people through news.