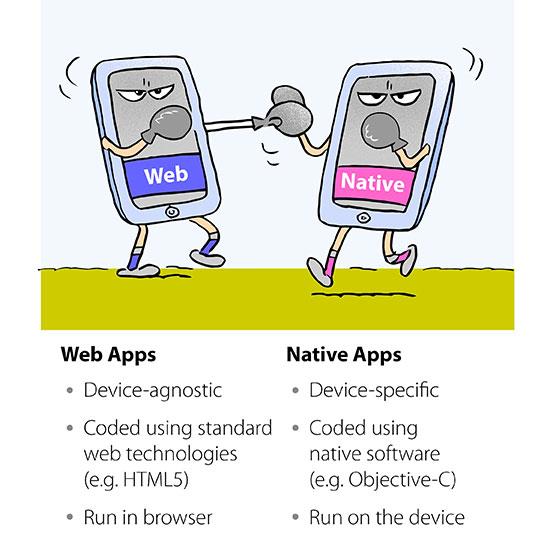 It all started when the Financial Times (FT) bucked the native app trend in 2011 and launched the first major HTML5 news web app, three years before the technology became a recognised standard.

Less than a year later, Facebook’s Mark Zuckerberg announced the abandonment of the company’s web app development for iOS declaring the use of HTML5 “one of the biggest mistakes, if not the biggest strategic mistake that we made”.

And the winner of round one was…

In just 10 months the FT web app grew to more than two million users and continues to enjoy a 21 per cent increase in digital subscriptions year-on-year.

Two opposing choices in the app/mobile web debate – both successful.  How’s that possible?

According to ComScore, in 2014, 86 per cent of mobile internet time was spent in native apps, validating Facebook’s favourite choice. 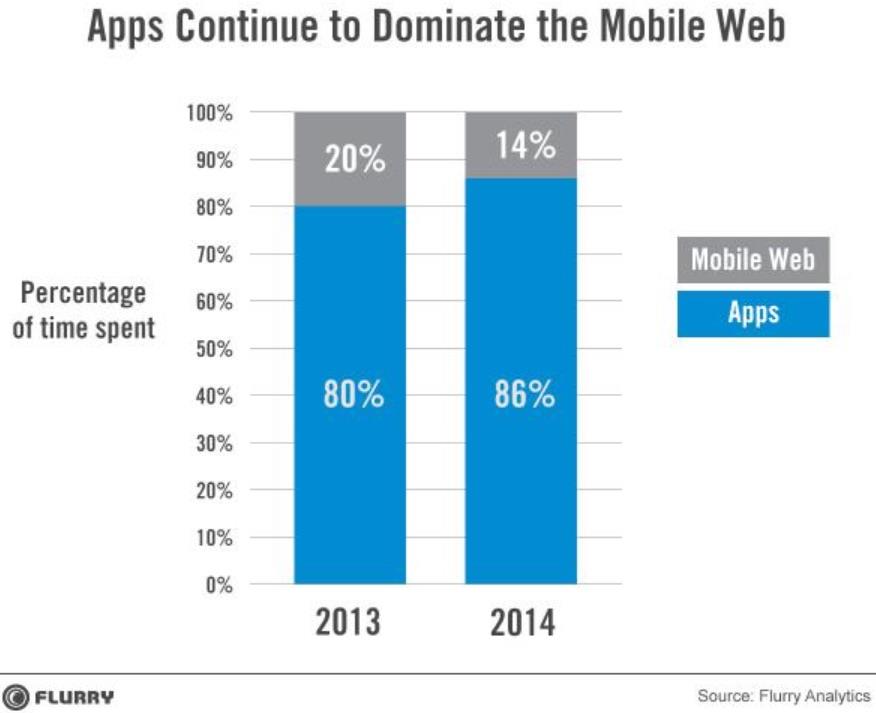 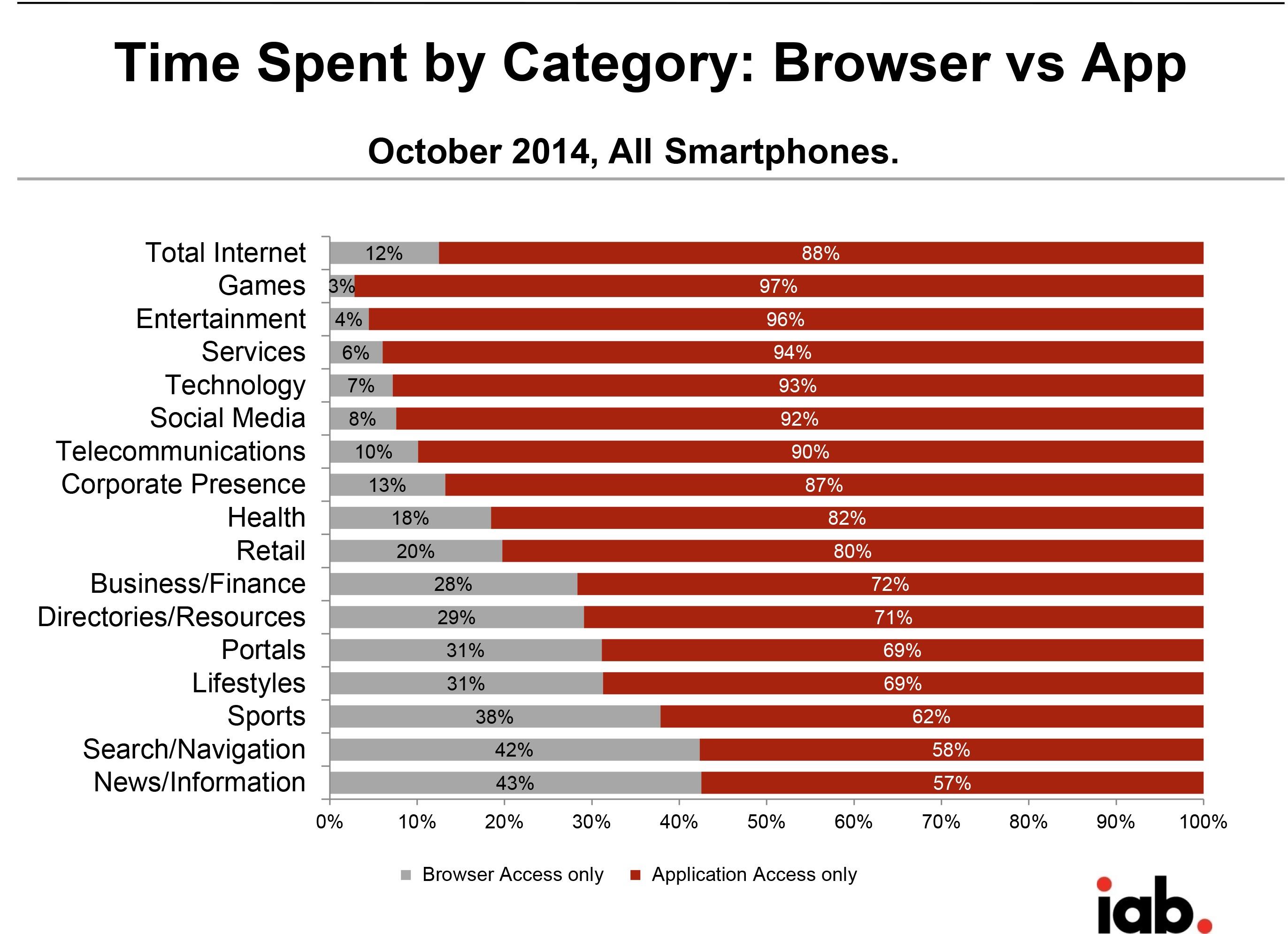 Round one ends in a split draw

Native apps and the mobile web are both valid solutions, depending on what you’re trying to achieve.

The FT was focused on reducing the costs of cross-platform development and reliance on the restrictions device manufacturers impose on paid content apps such as:

The FT’s criteria was not a priority for Facebook; the social media giant was more interested in performance and features.

So in the end, both were right because their choices met their prime objectives.

It’s been six months since HTML5 was officially blessed by W3C. One would think that it would be time to put the native/web app battles to bed and embrace the fully cross-platform technology that the publishing community has been waiting for since Apple launched the iPad in 2010.

But not so fast…

Last month, Ken Doctor of Newsonomics recommended that publishers look to mobile as a new source of revenue and focus on apps to turn to “readers – to subscribers – to members”.  According to Doctor, publishers need to put more apps on smartphone screens.

Less than a week later, Monday Note’s Frédéric Filloux advocated adamantly that publishers should drop native apps and embrace the mobile web, mostly to save the escalating costs of cross-platform development.

Once again the battle lines are drawn, but this time it’s not between two distinctly different industries.  Now experts in the publishing community are duking it out over digital edition technology.

After reading both posts, it occurred to me that something was missing from the conversation – the content. I submit that instead of focusing on the technology, publishers should be looking at how their content reaches readers:

In addition to these fundamental distribution requirements the content must also be easily discoverable and searchable, especially if one wants to attract the exploding population of mad men and women (i.e. millennials) who are far more likely to discover news by search than by brand. 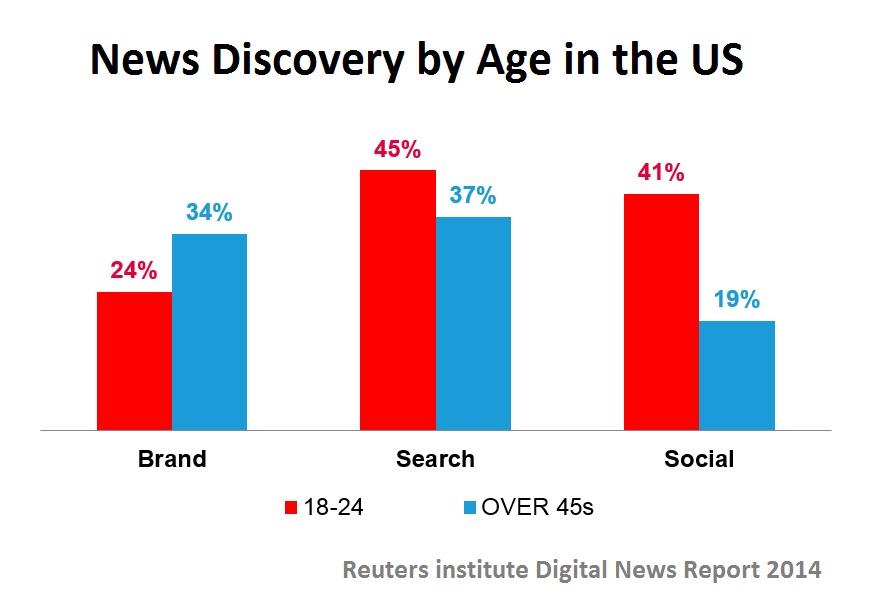 In app stores it is very difficult to discover content unless you’re specifically brand-hunting because the content is not searchable.   And even once you do discover and download a favourite magazine app, if you have implemented it using a flat, PDF-like Digital Publishing Suite (DPS) technology, you’re still out of luck – the text is just an image – not searchable, selectable or sharable.

But move content into an HTML5 browser and suddenly it becomes:

In addition to better discoverability and searchability, with HTML5:

There is finally a single ecosystem, regardless of platform, that reduces a publisher’s dependence on the limitations device manufacturers enforce on native apps with respect to content, pricing, user data processing and cross-platform subscription management

In 2014, for the first time ever, internet use on mobile devices exceeded desktop browsing, with 99.5 per cent of mobile users accessing content through smartphones and tablets. This trend is only expected to continue, which is good news for publishers looking to enjoy all the benefits HTML5 can bring to their digital properties.

As you may know, I’ve been an advocate and early adopter of HTML5 technologies since 2012 and believe that publishers should seriously consider all the opportunities web apps can bring to their digital properties.  That being said, native apps are not dead.

Users have come to enjoy a number of benefits native apps provide them, including easy accessibility and single click-to-buy within app stores.

Publishers appreciate the brand presence app icons offer them on the mobile displays.  However, today with HTML5, users can ‘bookmark’ a web app and have the brand appear as an icon on the screen for easy access in the future. This isn’t a common practice yet as it requires a bit of an end-user mind-set change, but once people catch on it won’t be long before they start saving their favourite web apps on their mobile displays.

Another reason users choose native apps over web apps for accessing content is the ability to download an issue and read it offline. In the past, this was not available outside of native apps, but those days are numbered.

Today small web apps can be cached for offline reading. This does not yet apply to digital replicas due to device and browser limitations, but when this capability becomes more pervasive across mobile technologies, it is destined to eliminate the need for content-based native apps and the long development cycles that go with the production and maintenance of multiple digital editions apps across desktops, tablets and smartphones.

HMTL5 isn’t perfect, but it has come a long way in the past four years and its future is looking bright for the technology and for magazine publishers.

web/app battles are expected to continue for the next few years, with many publishers relying on hybrid apps as an interim solution that attempts to combine the best of both worlds.