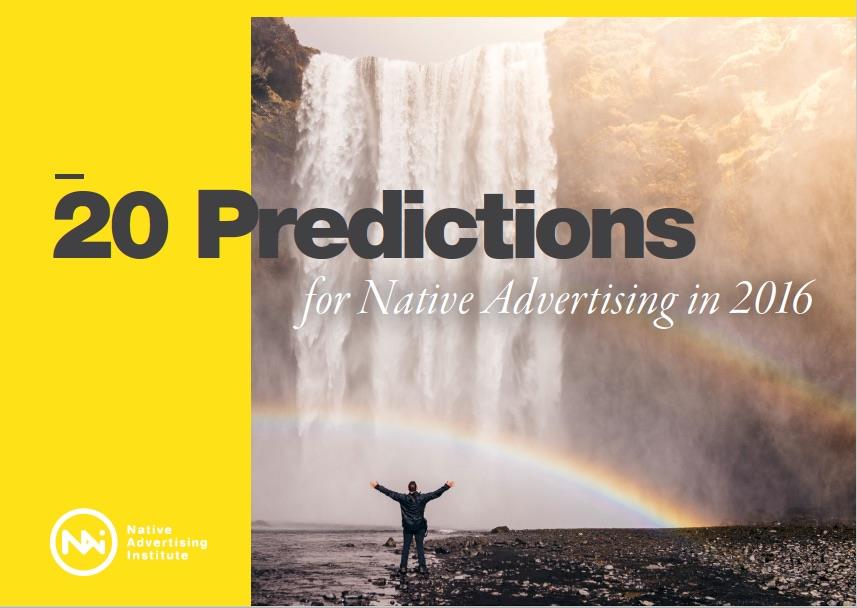 The true value of native

He thinks that native advertising will spend the upcoming year trying to etablish new and improved standards for what constitutes sponsored content.

Clare O’Brien, senior programmes manager at IAB UK, is another expert who believes that native advertising will have to demonstrate its true value in 2016.

According to the experts, 2016 will see an increase in the tension between publishers and ad blockers. An actual confrontation could be on the horizon.

Jamie Toward, managing partner, Content at Karmarama, chimes in:

2016 will also feature a new segment of brands that embrace native advertising. That is the word from from Rebecca Lieb, advisor, author and board member Conglomotron LCC: