As the largest tech media company in the world, IDG looks at ad fraud seriously and takes a two-pronged approach: via culture and via technology.

“For us, from a cultural perspective, just like we produce quality editorial and programs, we also have to make sure we’re producing quality traffic,” Friedenberg said. “And then once you get into that mind set, there’s the whole tracking aspect of it. There are technologies that enable you to check, and track, and verify your traffic.” 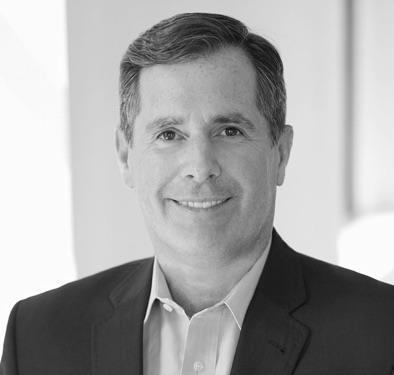 As the latest Internet Trends 2016 report by Mary Meeker at Kleiner Perkins Caufield & Byers (KPCB) suggests, advertisers are over-indexed in legacy media while consumers are spending significantly more time in mobile, and block ads while there.  “Digital ad spending is going gangbusters, yet it is rife with assorted fraud, ad-blockers, and phantom robots posing as humans with eye balls,” according to consultant Bo Sacks in a recent Publishing Executive column.

The Meeker report also identifies a marketplace where 25 per cent of people’s time is spent on a mobile device, but only 12 per cent of the ad spend market is going to mobile, Friedenberg said.

“We’re going to see a shift, of billions and billions of dollars into the mobile space, based upon time versus spend, and I think that unfortunately, that’s also correct on the fraud side.”

As more money and more traffic moves into mobile, Friedenberg said it’s only natural to assume ad fraud will grow on that platform, too.

This perspective is shared by WhiteOps CEO Michael Tiffany, who told AdWeek in February “the wildest fraud innovations are happening in mobile,” he said. “There are a host of new fraud models from apps that purport to do one thing but really monetise via ad fraud.”

Digital ad fraud can occur in a number of ways. Digital ad fraud can occur by the practice of pixel stuffing, where ads or even videos are crammed into one pixel by one pixel squares, or ad stacking, where many ads are programmed for a single slot. According to John Wilpers, senior director, US, of Innovation International Media Consulting, there are nine types of digital ad fraud, including impression fraud (which includes things like ad stacking, fake sites, video ad fraud, paid traffic and retargeting fraud), search ad fraud, affiliate ad fraud, lead fraud, ad injection fraud, spoofing fraud, CMS fraud, retargeting fraud, and traffic fraud.

A 2015 study by the Association of National Advertisers (ANA) and White Ops, “The Bot Baseline: Fraud in Digital Advertising,” discovered that advertisers could lose $7.6 billion to bots in 2016.  Media who sourced traffic through third parties were more likely to encounter higher percentages of bots, and media who had higher CPMS were more likely to be targeted because “these segments provide a stronger economic incentive for botnet operators to commit fraud,” the report stated. Going forward, the report recommended publishers and advertisers be aware and understand programmatic, and request transparency regarding traffic.

There are a number of technologies out there designed to verify ads including DoubleVerify, Moat, Forensiq, Integral Ad Science, and Adometry.  And that list continues to grow. Last week, Israel-based Shine announced it planned to roll out an ad verification program, putting it into competition with established players like the ones listed above.

Digital ad fraud should be something publishers continually monitor. As Friedenberg pointed out, digital fraud continues to make the news.

“Literally over the past month, you’ve had the Hummingbad situation, where malware impacted 10 million Android phones worldwide, and two days ago, Senator Chuck Schumer saying ad fraud needs to be addressed by the FTC,” Friedenberg said.

IDG’s traffic is growing explosively across all regions, and mobile is growing between 20 and 60 per cent based on region or brand, Friedenberg said. At IDG’s owned and operated sites, “we only have two to three per cent of irrelevant traffic,” he said. When it comes to ad fraud, IDG is always concerned about making sure that what they promise their advertisers is what they deliver, he added.

“(We) make sure we’re ensuring the highest level of traffic that our advertisers are turning to IDG for,” Friedenberg said. “So, we put the necessary internal controls in place and we monitor that. We have auditing policies. We’re certified with the IAB, so, I think we do all of those things to ensure that our advertisers have 100 per cent confidence that what they’re buying from IDG, we’re delivering for them.”

With the right controls, auditing processes and technology in place, digital ad fraudsters ability to do damage is diminished. Friedenberg believes it comes down to companies’ transparency and accountability, instead of solely focusing on technological vendor solutions.

“I think best practices is that you need to be transparent with who you’re doing business with and you have to be accountable based upon that level of transparency,” he said. “And, to me, that’s where the entire digital ecosystem needs to come together, where we’re all allowing ourselves to be transparent and accountable. If we’re able to do that, I think the issue of ad fraud will be able to be addressed without government regulation.

“At the base level, I think it’s about the culture of your company, there are plenty of media companies out there that know full well that they’re selling fraudulent traffic and getting away with it. I think it’s upon the industry to police itself and make sure it is addressed. I think ad fraud is the next thing that needs to be addressed and openly discussed.”

IDG, as the largest tech publisher in the market, with comScore counting 199 million uniques a month to IDG properties, doesn’t need to buy traffic, Friedenberg said. But, he noted that for some companies, fulfilling traffic comes down to supply and demand.

“But there are companies out there on the market, where if their demand is over [or greater than] their supply, they will turn to different means to purchase traffic and it’s up to them to determine that they’re buying quality traffic. But I also think it goes back to the topic I was talking about earlier, about transparency, is that if you’re buying traffic, your advertisers should know you’re buying traffic,” he said.

IDG is a member of FIPP.

How to improve ad effectiveness and combat fraud

One in three online advertising dollars now lost to fraud