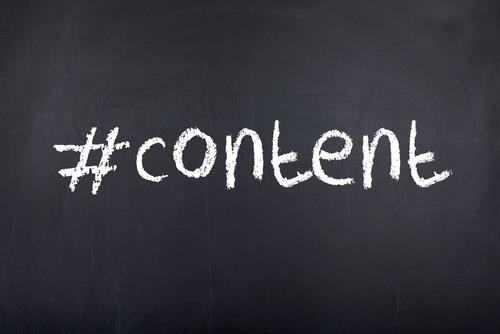 One of the most fascinating UK media reads is One Man and his Blog, the website of publishing consultant Adam Tinworth. Adam has a background in working for the media but has for the last decade been mainly focusing on the intersection of digital technology, publishing and journalism.

He works a consultant for several large media brands while also maintaining an academic career lecturing Master students about digital journalism at London’s City University. He has become known as a key media trends spotter in the UK.

You have written quite a lot about explainer journalism over the last year or so. If news content focuses on the ‘Who, What, When, and Where,’ explainer journalism looks to inform the reader of the ‘How and Why and it seems to have become increasingly important to media companies. Why do you think it has become so prevalent?

News in print is fixed, by the nature of printing it, and transitory, by nature of being chucked away and replaced by a new issues. Online news is mutable – you can always edit after publication – but potentially infinite in its life. Even my humble blog has stories that have been online for 12 years now…

Explainer journalism is one of the forms that are rising to prominence because of that. A good explainer can both be updated over time to reflect events and attract long-term traffic through social and, especially, search. They meet a readers need to understand a situation that print (or, at least, newspapers and magazines) couldn’t do well.

You are also an advocate of longform journalism. Again what do you think the appeal is?

What we’re seeing is a polarisation of reader demand for content into short, snappy news or longer, in-depth reads. This seems to be reflective of behaviours. The “news snack” is lean-forward, grab-what-you-need-and-move-on behaviour, whilst long form is readers sitting back and committing to being informed or entertained. If they do that, they want that investment in time to be repaid, with good, really in-depth material, not a crappy 650 word “hot take”.

So with the growing importance of longform and explainer journalism does that mean now that news as we used to understand has become something of a commodity?

It’s becoming so – at least, in the mainstream news. There’s an increasing number of people competing for the same stories, with the blurring of the lines between print, online and broadcast meaning that an increasingly indistinguishable bunch are all chasing the traffic for the same range of stories. And it’s not helped by the fact that, thanks to social media, we can measure the life of an exclusive in seconds, not hours.

There’s got to be a shakeout eventually – we don’t need this many people doing mainstream news. Specialist news, though – that’s a very different situation.

You are also known for your strident views on digital content, yet, you have a heritage in print media. Do you still think that print is important?

I’ve got a reputation for being a digital absolutist, but it’s simply not true. I buy – and enjoy – print products. However, I think we need to be realistic about what print is going to become. For a long time, I’ve believed it’s treading the theatre route – polarising to big, expensive and aspirational, or small, cheap and experimental – and nothing has yet dissuaded me from that position.

Do you think it is more difficult for European media brands and start ups to scale?

Well, most simply, the language situation. The US has a huge market with the same language. Europe has a huge market with a different range of languages. It’s not like an app, when you get the translations done and you’re set – you need to actually translate the content. And that’s an expensive business – but so is running a different newsroom for each language. Europe is not scale’s friend.

Which media brands today do you think are innovative, and why?

Perhaps I’m too close to the subject matter, but I struggle to see any media brands as inherently innovative. I see some teams doing innovative work – the FT’s interactive team under Martin Stabe, Sarah Marshall are doing interesting things since she went to the WSJ, and The Time’s digital development team, for example. I’m looking forward to seeing what The Telegraph’s new formats team do under Rich Moynihan and Malcolm Coles.

But once you start looking under the hood of even the most innovative seeming digital media brand, you tend to find an awful lot of traditional and ageing machinery in there.

If there’s one group that seem to be doing consistently good work, it’s probably the Atlantic Media Group and Quartz. They’re on fire right now.

Which media start ups do you respect, and why?

I’m almost afraid to answer this, because the ones I respected seem to be failing at a fair old rate at the moment, like GigaOM and Circa.

If BuzzFeed can still be described as a start up, then you certainly can’t help but respect their commitment to understanding the psychology of how content spreads, and building tech and formats that support that. The financial engineering of their US video operation is inspired, too. I like the work Vox are doing on rethinking news for the web, bearing in mind the mutable/permanence issues I talked about earlier.

The area I’m really keeping my eye on right now is emergent mobile tech companies, geared up to supporting publishers. I backed the recent Glide kickstarter and I’m really looking forward to getting my hands on the actual tech.

London is the place to be for digital start-ups