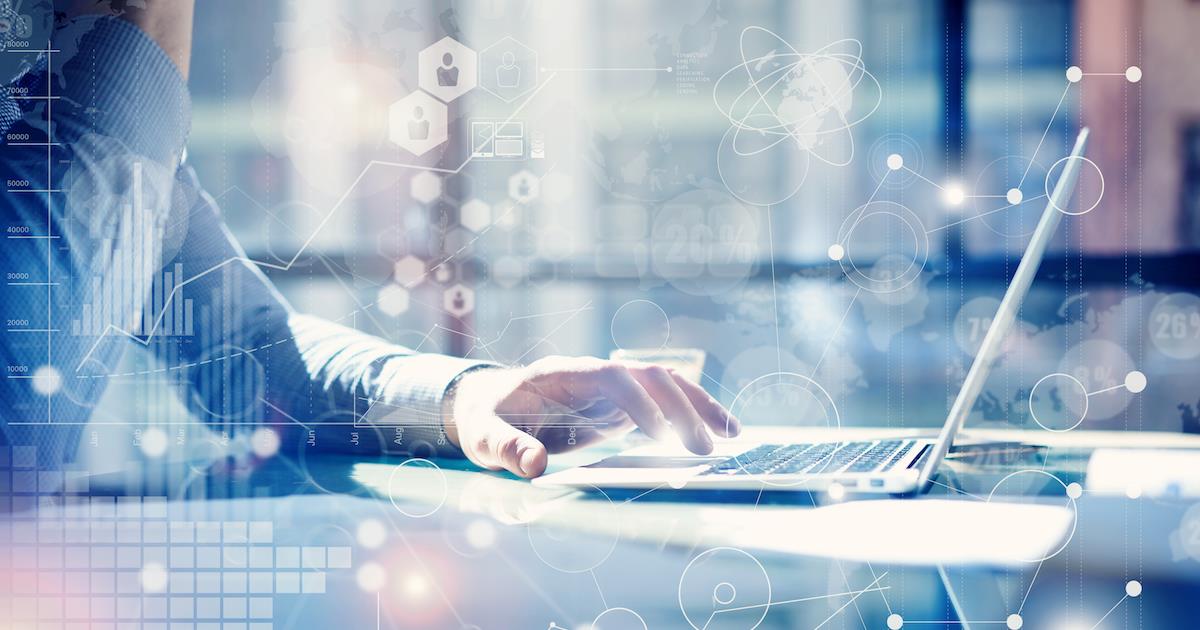 The hunger for knowledge about the topic seems to be fuelled by a number of elements. On  many levels there is a wider discussion about how AI will change society, and this has sparked some publishers interest in working out how it can used in the media. On a more granular level too we are seeing the emergence of a series of startups that use the technology as research tool to power either their own platforms, or offer their services to existing companies.

The field of AI is also awash with investment cash – there are reckoned to be at least 400 AI companies in the UK and large numbers too in Paris and Berlin, and the tools the startups are creating are getting more sophisticated all the time.

AI and ML: the basics

There is however inevitably a large amount of discussion about what AI is and what it actually does. Similarly many speakers referenced machine learning – and it is worth mentioning at this juncture what the difference is between the two.

AI was originally coined by John McCarthy in 1956 when he invited a group of researchers from a variety of disciplines including language simulation, neuron nets, complexity theory and more to a summer workshop called the Dartmouth Summer Research Project on Artificial Intelligence, to discuss what would ultimately become the field of AI.

Contemporary definitions however focus on AI being a sub-field of computer science, specifically how machines can imitate human intelligence.

If AI is the overarching scientific discipline then machine learning is a subsection of it. It is defined as a field of computer science that uses statistical techniques to give computer systems the ability to “learn” (i.e., progressively improve performance on a specific task) with data, without being explicitly programmed.

Much of what is currently being talked about by the media as AI is actually machine learning, and in the short term it is in this field that there are the biggest potential opportunities for publishers.

To further complicate things AI experts tend to break the discipline down into separate chronological streams. In his presentation Dieter Reichert CEO of censhare, a company which has pioneered a smart content management system, ran through three different iterations.

He describes level one as ‘a raw intelligence’ which powers voice assistants like Siri and Alexa and chatbots. This was expanded upon by Chris Boos of Arago (B2B AI experts) in his presentation, who explained that this level, which he describes as narrow AI, is all about companies downloading an algorithm which they then use to undertake very specific tasks.

Reichert suggested that the next phase, which he calls ‘General AI,’ is all about software learning to train itself. He referenced self driving cars which could be used by a company to deliver products to 1000 different places in the city. As time goes by the algorithm learns the fastest and most efficient way to deliver the products, taking in into account factors like traffic, the weather, customer availability etc.

The third level is quantum technology or super intelligence. According to Reichert in five years IBM will make quantum computers available with awesome processing and learning skills. Within ten years these computers will be at the heart of incredible technological innovations which we probably haven’t even thought of yet.

One thing the presenters at DIS agreed upon was that publishers needed to get to grips with AI now, not just for short term wins, but also to see how the discipline might develop in the future.

Chris Boos for example, explained that for some in the media it might need a complete turn around in their worldview.

“Business people have goals, tech people have problems,” he explained.  “Tech people have a different perspective in tasks. Business people make plans. Techies write projects which are way less flexible than plans. But once you have found one that works, you can repeat it endlessly without any cost. Now AI has made programmes more flexible, more like plans.”

Boos used as an example the way business people see the car at the moment is as a success. “However from a technological perspective the car is actually a catastrophe as it sits still 98 per cent of the time losing value. Hence the drive for autonomous cars.”

“The media is fighting with uneven weapons.” Boos added. “In this reality if you want to survive you will need a strong brand, you need innovation and you need to be big on service.”

So if cultural change is a given, and technology is going to drive that change, where do publishers go from here? Presenters from across the spectrum, experts in both advertising and editorial, spoke at DIS about how companies needed to get their data sets organised.

This however relies on employing people who understand how data works and the benefits it can deliver to businesses. After all the data is only as good as the questions it is responding to.

Companies then need to isolate what the key benefits of AI are to the media business. Broadly speaking most machine learning systems impact on companies in a number of ways. It can makes them more efficient, it can potentially help them to reduce costs and ultimately it invariably delivers tasks in a more reliable and accurate way than humans do. As Chris Boos says “machines don’t have big nights out and get drunk.”

The next step is to find which questions AI can help with and then address in a problem solving way. In some respects much of the work that Machine Learning has done for the media so far has been in a limited way harnessing chatbots. As time goes by though more sophisticated and ultimately useful examples of how AI can solve problems for publishers will emerge and we will run though a few in a moment.

Dieter Reichert thinks the key thing about implementing an AI program is to make sure that you have the right people, which is not easy. “Algorithms can be downloaded, you have data, finding the right people can be tricky.”

Many media business are already arming themselves with tech talent. At DIS The Washington Post’s Matt Monahan and Gary Liu CEO of the South China Morning Post both spoke about the growth of their tech teams with the latter saying they had recently tripled their number of tech staff.

At DIS several companies shared examples of how AI was starting to transform their businesses. Among them was Jenny Griffiths of Snap Tech, a company which uses machine learning to enable a visual search system that delivers significant monetisation opportunities for online publishers. Snap Tech’s core API focuses on finding similar fashion from an input image; be it a product shot, a model shot, user generated content or celebrity editorial photography.

Griffiths argued “AI will be a publisher’s best friend, not something to be feared. If designed properly it is not something to replace jobs or industries, but the ultimate tool to increase productivity and profitability.”

To explain she described the tedious process that magazine editors have to undertake to deliver ‘get the look; type features which showcase, for example, similar items of clothing to that been worn by a celebrity.

“People are way too busy and too qualified to be spending so much time on saving images, giving images names, sourcing images etc. We let editors focus on what they do well, namely the creation of content. Using our technology we have reduced the process of creating a get the look feature from  forty minutes down to forty seconds.”

“AI is there to help editors find what they do best. It is a powerful tool kit to led editorial teams work on content rather than source products.”

Margaret Ann Dowling CEO of Create And Translate a technology powered startup that is focused on aiding publishers to deliver multilingual, scalable, editorial content creation, also spoke about how her company was harnessing AI.

There are other examples too from automated content – Associated Press, The Washington Post and several other uses machine learning to create basic sports and financial news – through to analysing social media.

Linda Ligios, managing editor of Springwise Innovation, whose presentation was on AI and the future of work, explained that AI is helping social media teams find the data they require much more quickly and efficiently. “In some instances finding the most socially influential people and then connecting with with companies to find most relevant influencers for audiences. This saves the company time and increase marketing efforts.”

Several presenters also spoke to the potential of AI powered chatbots. Johan Åhlund, natural language interaction entrepreneur and domain expert, described chatbots as not just a  fantastic opportunity for automating customer service, but also for generating interest in content. He went on to differentiate between chatbots and the more basic clickbots, which he says are being widely used today. The former allows users to interact with the bot in their own natural language in an organic, intelligent  way, the latter just serves up predetermined information.

Advice for the media

Finally several presenters touched on the implications of of AI for the media in general. Dowling thinks that editorial team needs to have a re-think.

“We need to focus on the future,” she challenged. “We followed the digital model – what is trending now. We need to push our editors back into the future and get theme to lead the debates the trends and the decisions.”

Åhlund also thinks we need to recalibrate the relationship between the editorial team and the readers and this is a process that AI can play an important role in.

Technology is great but just because we can do something with tech doesn’t mean we should do it. It has to feel relevant. It can’t feel creepy. We need to build and maintain that trust factor.”

Deep dive: The shift from quantity to quality – two examples from tech based publishers

Deep dive: What can media brands do to differentiate themselves? Community is key, and other lessons