It was the first time The Economist had ever experimented with graphic storytelling on Instagram, or any other medium for that matter. The project took six weeks to complete, but the art was done for print before it was transferred to Instagram, according to Morton.

Morton had the idea of trying to use graphic storytelling in The Economist in some way, and suggested turning the story into a graphic narrative. After that, art director Stephen Petch and the design department began seeking out artists who had the right experience and visual style to tell the story, Morton said.

“The structure of these 10,000 word “technology quarterlies”, as we call them, tends to have five or six separate chapters,” Oliver Morton explained. “The writer of this TQ, Jon Fasman in our DC office, had the idea of using moments from a fictional story to introduce each section.”

“We wanted to nod to the importance of the police procedural in telling crime stories; also, the tension between narrative and illustration in the graphic novel form allowed us to tell a story that had the tech we were talking about embedded in the frame of the narrative,” Morton said.

The story was developed for print first, and then transferred over to Instagram by Ria Jones (digital picture editor) The platform made it ideal for a graphic story. She said “The multiple-picture function on Instagram offers great opportunities for visual storytelling. The ability to swipe between images seamlessly means you can really build a narrative, allowing people to engage with our content in a different way.”

Jon Fasman, Rob Gifford and comic artist Simon Myers worked out which were the most important parts of the story to tell in print, and Ria Jones decided which of those could be used for the Instagram version. 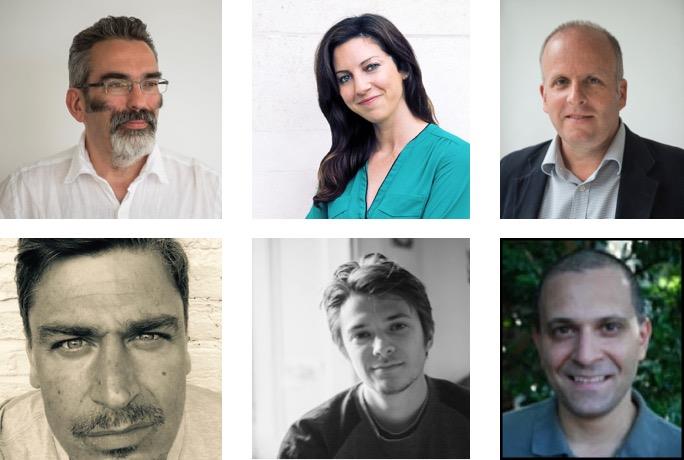 “One of the editorial challenges was that within multi-pic galleries you can only have one caption, and can’t link through to the full TQ online,” Jones said. “I worked with Jon (Fasman) to write captions for the two parts of the graphic novel, which gave context to the illustrations.”

Design-wise, it was difficult to fit 15 cartoon strip illustrations into three posts for Instagram, she said. “The first post was the TQ cover, which we used as a “teaser” to get people watching out for this new format,” Jones said. “We had to split the rest of the illustrations into Parts 1 and 2, because the multi-pic gallery function has a limit of ten images. This meant we had to think really carefully about where to position the images and ultimately decide not to feature a couple of the illustrations so that we could still fit within the format. The other challenge was for our designers (Ben Shmulevitch and Matt Withers) to split the images sensitively, so that when they were posted it would feel seamless as the viewer swiped through.”

Graphic designer and illustrator Simon Myers has worked on graphic novels in the past including Titan Comics’ Doctor Who line of books. “A project like ‘Data Detectives’ was quite the endeavour as, to use comic book parlance, I was pencilling (composition and layout usually in pencil), inking (adding hard line detail), and designing the speech bubbles,” he said.

“The pencilling (albeit created digitally) including the cover took about seven full days; there was a lot of back and forth as to the look of the characters and what happened when within the narrative. Adding the inked hard line detail took even longer as adjustments were being made right up until the last minute.”

While Ben Shmulevitch from The Economist’s design team added colour, Myers could concentrate on storytelling, he said. “Dialogue has to be designed so that the reader can understand the flow of the conversation, this took about two full days of finessing, as the piece is quite dialogue heavy in places and obviously needs to make sense.”

Myers explained that in condensing a graphic novel into a select series of panels for Instagram and for the print edition, it all came down to space.

“It’s all about space, how much do I have, and how can the narrative be organically split,” he explained “Once I knew how much space I had to play with I was able to work out how many panels we could use and how to spit the story. There was a lot of editing and tweaking, but we created most of the panels to be the same size, we were then able to adjust the narrative right up until the last minute.”

Morton suggested that publishers need to keep communications going really clearly between the author, the editors, the illustrator, the print and web designers and the Instagram team. “It was crucial that each of the contributors were flexible to change, but could also have input on the final product,” he said.

And, with a feature as intricate and detailed as this one, Myers gave some insight that was helpful for him. “Having someone come into the project right at the very end is always useful,” he said. “When you’ve been working on something right from the beginning and know the story inside out, one takes liberties with the narrative on the page, making the subconscious assumption that the reader will know just as much of what is happening as those involved in the story’s creation. Having Oliver come onboard right at the last minute, though proving more work, was invaluable.”

How subscriptions became a driver of profit at The Economist