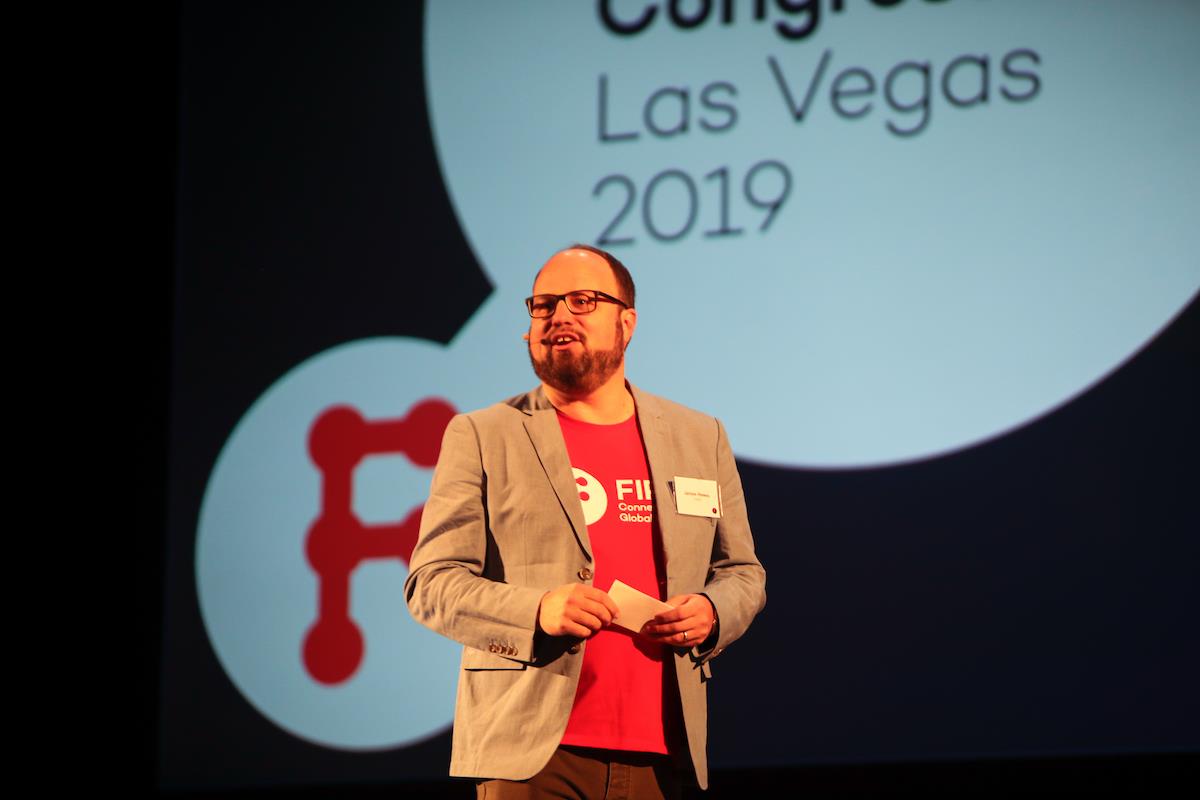 Despite big tech company’s efforts coming with mixed results, they remain experts at spotting market potential and stepping in to create products to stimulate demand. This is exactly what they are now doing within the subscriber market for news and magazine content, James Hewes, President and CEO of FIPP, the network for connecting global media, revealed in a new report released this week at FIPP’s 42nd World Media Congress in Las Vegas.

In the updated November edition of FIPP’s Global Digital Subscription (GDS) Snapshot it becomes clear that all indications are that paid digital subscriptions have now exceeded 20 million globally. This is more than double recorded in a earlier edition of a similar report compiled by FIPP last year.

On release of the new GDS Snapshot, Hewes said these updated results are the most accurate figures up to now that keeps track of publishers’ successes in growing paid content revenues. The first GDS Snapshot was published in 2018 as a once off, but because of it’s popularity it is now being published quarterly in collaboration with CeleraOne, a tech company that specialises in paid content, identity management and user segmentation.

Hewes referenced the multinational professional services Deloitte’s prediction in 2018 that there will be 20 million digital-only subscribers to news and magazine media globally by the end of this year. However, based on FIPP’s research of only 72 titles and groups for which data is publicly available, he said “we can already account for a 19.5 million digital-only subscription base. If we add to this the hundreds of titles with paywalls for which data isn’t available, the industry has blown way past this prediction”.

He said this achievement is particularly poignant in a year in which an increasing number of respected commentators have focussed their reporting on the potential limitations for the market with terms like “subscription fatigue” entering the industry lexicon alongside suggestions that the market for news and magazine media digital subscriptions is nearing a saturation point.

As examples of how big tech take advantage of opportunities in the market, Hews referenced the launch of Apple News+ in the US and UK earlier this year, as well as the expansion of the Google Subscription Service. This, he said, “suggests that the tech behemoths are smelling potential”.

Apple News+ works as a subscription-based content aggregator serving up both digital editions and curated content from publishing brands at $9.99 per month. It follows a similar revenue-sharing model used by streaming music services like Spotify. “In this instance, Apple retains a hefty 50% of revenues, with the remainder shared with publishers based on the amount of content consumed by subscribers.”

The Google Subscription Services takes a different route, explained Hewes. Rather than focussing on selling subscriptions directly or creating a content aggregator, it is providing a set of tools for publishers to set up and manage paywalls. Google provides the tools and expertise while taking a modest 5% cut of revenues generated by subscriptions.

While the Google Subscription Services is potentially a more attractive offering, many publishers have in fact opted for the Apple News+ option and many may ask why publishers are happy to have their content included for a tiny fraction of revenue rather than shield their content behind their own paywalls?

The answer lies in the fact that many publishers only make a limited selection of well curated content available to users on News+, much of which may not necessarily be easily discoverable to users. Publishers are also more likely to submit broad-based content for inclusion rather than their highly prized specialised content. The latter is likely to be firmly locked down behind their own paywalls, but with more than a billion people using iOS devices, the potential for brands to showcase themselves to new audiences is huge.

A stagnant market and/or subscription fatigue?

Google Subscription Services takes a different route, explained Hewes. “Rather than focussing on selling subscriptions directly or creating a content aggregator, it is providing a set of tools for publishers to set up and manage paywalls. Google provides the tools and expertise while taking a modest 5 per cent cut of revenues generated by subscriptions.”

With the Google Subscription Services integrating with a host of powerful tools across search, analytics and advertising, amongst others, “it’s a potentially attractive offering”, said Hewes. “For the time being, however, it seems that integrating Google Subscription Services requires some heavy lifting and the offering needs to be refined further.”

Hewes admitted that not everyone is as enthusiastic or in agreement that digital subscriptions will continue to grow and be successful for everyone. Research released by Reuters has questioned the potential market for digital news subscriptions. The survey found that many respondents feel the market for people paying for news media may become stagnant.

The Reuters report also extensively covers the topic of subscription fatigue. With regards to this one of the more interesting questions in the survey was that if respondents had to choose only one subscription service for the next year, which would it be? The list included news, video streaming, music streaming, gaming, sports, dating, data storage or nothing. Their findings show that news subscriptions would be the least chosen option. 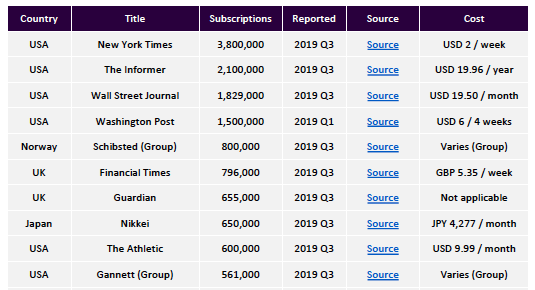 Hewes said that although this made for interesting reading, it remains “challenging to understand under what conditions consumers would be forced to make such a decision. Whilst it is a valid point that news and magazine media are competing for a share of wallet with other media formats, how much consumers will spend will more likely be driven by their disposable income and the value such services provide to the individual needs”.

Insight from the recent Media Insight Project based on in-depth interviews and a survey conducted in collaboration with the American Press Institute and The Associated Press-NORC Center for Public Affairs Research, suggests that millennials are perfectly happy to pay for news and content, and are doing so in great numbers. But the way in which they consume information, their motivation and the way in which they want content structured, differs distinctly from older generations.

Further research from Reuters and Flamingo casts some light on these differences. According to its findings, young people are primarily driven by progress and enjoyment in their lives, and this translates into what they look for in news.

Rather than being disinterested in news, younger audiences find the format, approach, and tone of news products “cumbersome to consume”. So the disconnect with mainstream publications could be driven by a lack of a user experience that is tailored to them and their content needs.

The main question publishers now need to ask themselves, said Hewes, is how an improved user experience can win over younger audiences?

You can download the new edition of the Global Digital Subscriptions Snapshot here.