Magazine aficionados get all excited when the title, The Furrow is mentioned. When the first edition of The Furrow appeared in 1895, the notion of brand publications was in its infancy and the term ‘content marketing’ would only be concocted decades later. Yet, The Furrow was exactly that. Published on behalf of American manufacturer of agricultural plows, cultivators and harrows, John Deere (established 1837), features in The Furrow ran under headlines such as ‘Not the cheapest but the best’, singing praise to the strength and superior characteristics of farming equipment manufactured by the blacksmith John Deere in his factory in Grand Detour, Illinois. As time passed, the editorial mantra became more sophisticated, increasingly focusing on farmers and their stories, rather than John Deere’s equipment per se. The magazine proved to be a hit, reaching well over four million readers by 1912, distributed through a network of John Deere dealers in the US.

Although Joe Pulizzi, the founder of the Content Marketing Institute, rightly points out that The Furrow was not the first brand publication (Poor Richard’s Almanack was published in 1732 by Benjamin Franklin to promote his printing business, and there are other examples to, like the The Edison Electric Lighting Company Bulletin in 1882 and Johnson & Johnson’s Modern Methods of Antiseptic Wound Treatment in 1888), The Furrow does stand out as a great example of a successful brand magazine. Still published to this day, it now has a circulation of 1.5 million and is distributed in over 40 countries in 14 languages. 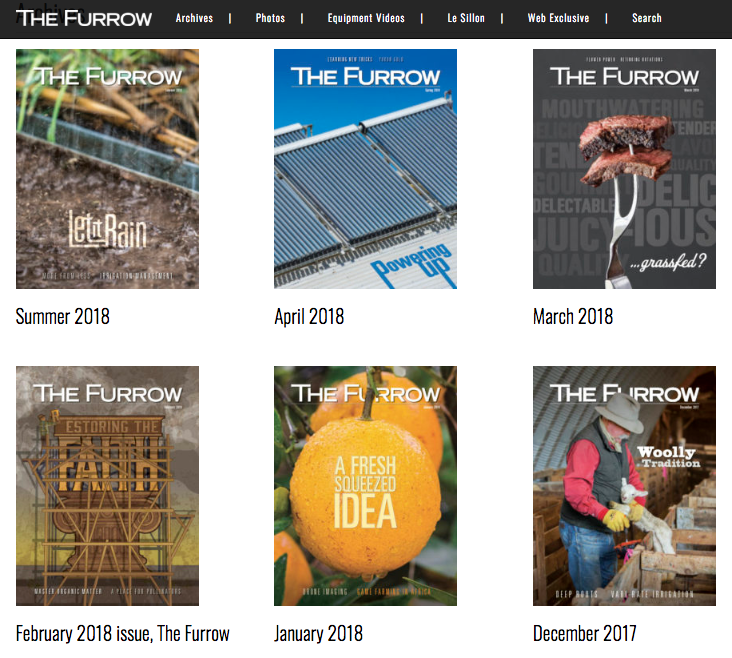 What makes The Furrow remarkable is that its publishers realised early on that it should be a magazine first and foremost and that the content should be more than thinly disguised advertising. It offers compelling, valuable content focused on the brand’s customers, not purely – or overly – aimed at selling. Or in the words of David Jones, the publication’s 14th publications manager, “even the most technical subject has to have a human story behind it”.

This, says veteran US publishers Sheridan’s Susan Parente, is part of good brand magazine’s overall success – “not to press their products… instead, they rely on the merits and value of the content itself to engage the reader. They use this avenue to tell a story surrounding their products. Brand magazines aren’t out to compete with traditional publications. But the best of them are raising the bar, offering quality editorial content and artful design that can inspire and improve the industry.”

Not in the obvious places

If you think the best brand magazines are found in all the obvious places and genres, like Red Bull’s Red Bulletin magazine for extreme sports and adrenaline junkies, (since 2005), global fashion brand Benetton’s Colors magazine for the fashion-conscious (since 1991) and online retailer Net-a-Porter’s Porter magazine (since 2014), think again.

The – arguably – dull world of trading, and even welding, have yielded magazines with exceptional content and quality. ThinkMoney magazine, published by TD Ameritrade, a brokerage firm based in Omaha, Nebraska, has won several media awards over many years. With headlines such as ‘I trade therefore I am’ and bright modern design, the quarterly print magazine for traders is filled with fresh thinking, humor, and trading how-to’s on equities, options, and futures.

ARC Magazine (launched in 2015) is a “welding lifestyle magazine” produced in-house by Lincoln Electric, the American multinational global manufacturer of welding products. It targets the metal-forming and metal-fabricating community with highly entertaining and educational content. Just as with The Furrow, ARC Magazine focuses on the people behind interesting projects and ideas. Read on, and you might find content about fabrication techniques, materials and welding equipment. In 2016 ARC Magazine was named Best New Print Publication at the Content Marketing Institute’s Content Marketing Awards. Available in print and digital it is posted to US subscribers free of charge.

So successful are some “free” brand magazines, that many have gone on sale. Dare, the “free magazine” offered to Superdrug customers in the UK, went on newsstand sale this summer at GBP£2.50 (US$3.87). Superdrug, in collaboration with “content innovation agency” The River Group, launched the Dare summer special that comes with five cover mounted beauty gifts as their newsstand launch issue. It covers beauty, fashion, celebrity, travel, real-life, an exclusive interview with cover star, English television and radio presenter Caroline Flack, alongside a guide to the world’s most instagrammable destinations. 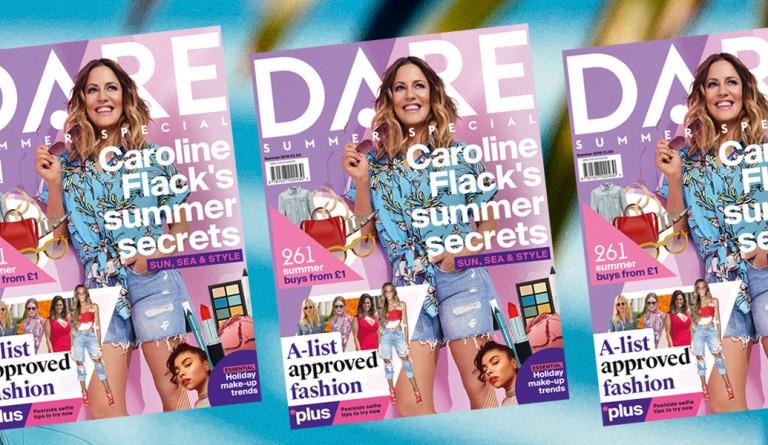 Earlier this year, ASOS magazine (launched 2006), claiming to be “the UK’s most widely-read quarterly fashion magazine”, celebrated its 100th issue by going on sale for the first time as well. The magazine, produced by online fashion retailer ASOS.com (short for ‘As Seen On Screen’) is usually given away to the company’s “most loyal” customers. The 100th issue went on sale at £1 ($1.29) in February.

PressGazette.co.uk reports the Audit Bureau of Circulation (ABC) put ASOS Magazine’s distribution at 453,287 for the final six months of last year. The magazine claims its circulation rises to over 700,000 when also distributed in France, Germany and the US.

ASOS Magazine’s success is that it’s not a glorified catalogue. The in-house editorial team produces insightful content, which includes articles about fashion trends, beauty dos and don’ts alongside interviews with activists and celebrities. The content is right up there with newsstand magazines on any day. Proof of this is that the title has convinced celebrities like Lady Gaga, Jennifer Lawrence, Taylor Swift, Claire Danes, Blake Lively and Lena Dunham to grace its cover. 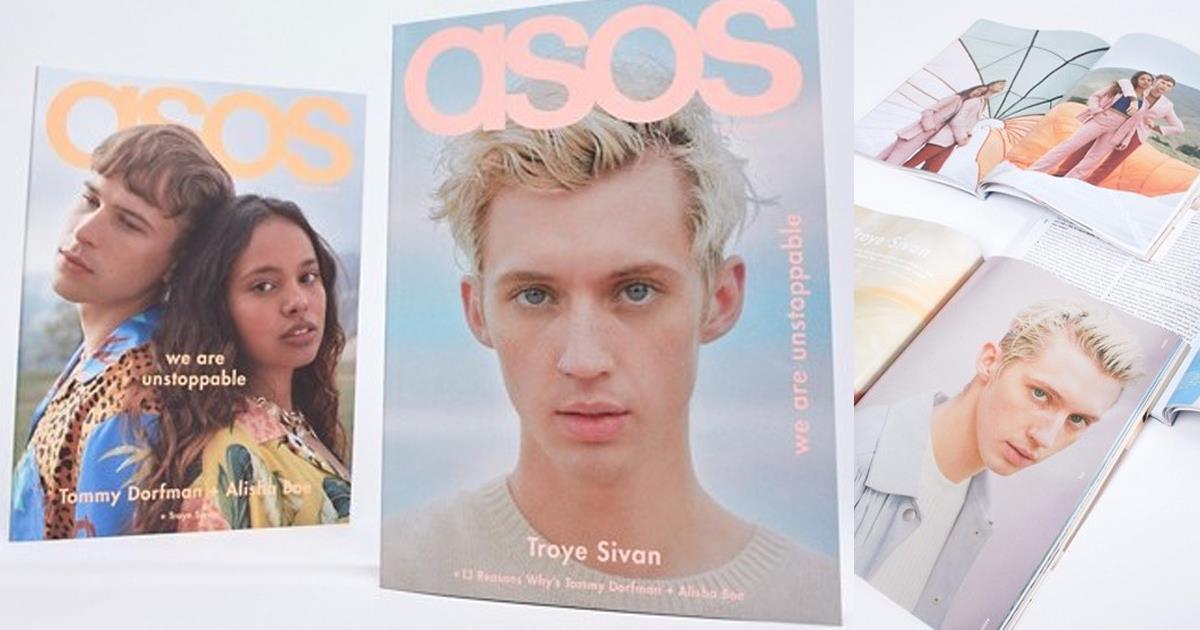 The list of examples of how brand magazines, whether published in-house or on behalf clients, are becoming more sophisticated in content creation, design and more effective in generating an income as well as brand awareness is growing by the day.

From lower key, yet high quality publications on behalf of UK retail stores, like Sainsbury’s Magazine and Asda’s Good Living magazine to the US retail store Target’s A Bullseye View, Degree deodorant’s The Adrenalist and Swiss jewellery maker Swarovski’s glossy Salt magazine (launched 2010), each is putting the potential client at the heart of content creation.

Salt magazine has a circulation of 25,000, is available in English, Mandarin and Japanese, and sells at £5.99 ($7.75) an issue, while also carrying a substantial percentage of advertising. So does United Airlines’ Rhapsody magazine (launched 2013), a luxury lifestyle and culture magazine, which is handed to first class passengers. Its publisher, Ink (publishers of inflight magazines), claims the monthly glossy has more than 13 million annual readers. True or not, a full page advert sells at $28,000.

There are brand magazines who use their digital presence to create shoppable content in combination with guides, video, and animated GIFs, like UK clothing company Monsoon’s Swoon magazine. Both the desktop and mobile version of Swoon offer users options to select different apparel, choose fabric and see footage of a model wearing the item. It then takes only a couple of clicks to buy it.

Despite Swoon’s – and similar – examples, an overarching trend for brand magazines is a strong print presence with a more accidental approach to direct sales. It’s probably best explained by Red Bull’s CEO for TV, publishing and operations, Dr. Dietmar Otti, who references the energy drinks manufacturer’s Red Bulletin magazines. “Print magazines are proven to be a successful medium that provides… audiences with an ‘offline’ experience… (It) goes beyond the ordinary with stories that have deep, rich context.”

This is echoed by Tessa Wegert, brand content developer with Contently, a technology company that helps brands create content. She says readers are inundated with content everywhere they go. Brands who offer something extraordinary and distinctive will be better able to entice consumers. “Once a brand finds its niche, it can create audience- and brand-relevant content for years to come. Brand publishing has legs.”

What can we learn from the above?

– Brand magazines should balance quality independent editorial content against commercial goals, even if these goals include ecommerce. Catalogues are simply not sexy.

– Use both print and digital. Print provides an “offline” experience, digital can convert to sales (simply because of technology).