Trump never sent his plane to bail out the soldiers in 1991, after they had returned home from the first Gulf War. However 49 percent of respondents asked in December 2016 by Ipsos thought this was probably very accurate.

Another fake story originated on the satirical website WTOE 5 News in July 2016. The headline read: “Pope Francis shocks world, endorses Donald Trump for President, releases statement.” This, of course, wasn’t true either. Still, 28 percent of the 3,015 respondents thought this very likely might have been the case.

While many people state that they’d be able to spot a fake in the news, actually it seems to be harder than many think. 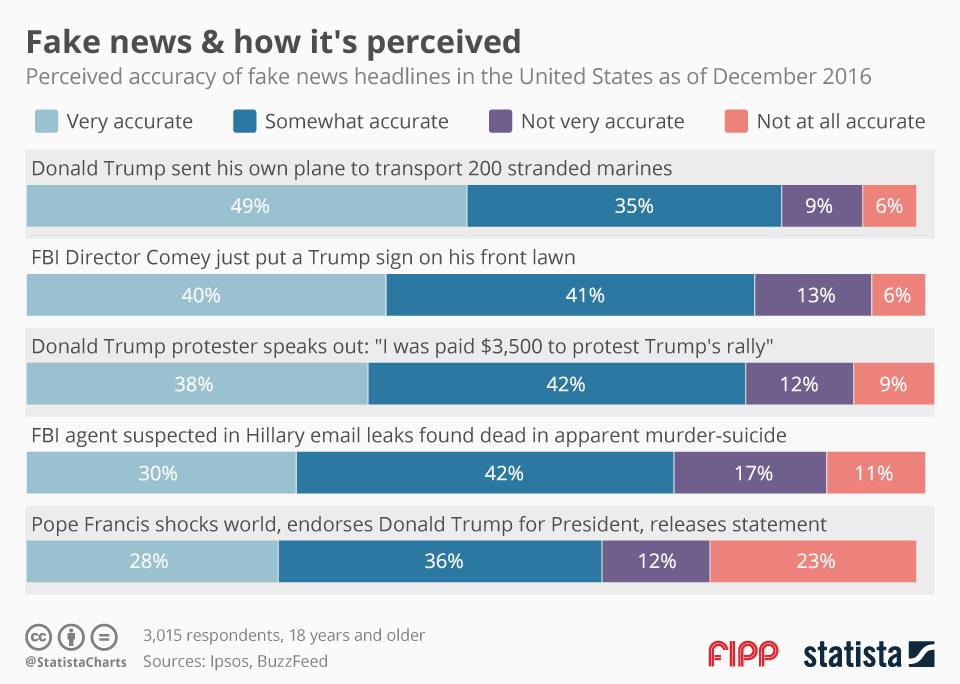