The company introduced several Snapchat-like features to its social platforms in the past year, hoping to beat Snap at its own game. And while “Messenger Day” and WhatsApp’s new “Status” feature, both heavily inspired by Snapchat Stories, have been received with skepticism so far, “Instagram Stories” is threatening to become a real problem for Snap.

According to a recent blog post by Instagram, the platform’s stories feature has passed 200 million daily active users just nine months into its existence. While we have yet to find out how many users Snapchat added since December when 161 million people used the app on a daily basis, it is highly unlikely that Snapchat’s user base will be anywhere near 200 million.

In the weeks leading up to Snap’s IPO in early March, many potential investors were alarmed by the fact that Snapchats quarter-over-quarter user growth slowed down significantly in the third and fourth quarter of 2016 – the same time that Instagram rolled out Instagram Stories. If Facebook continues to relentlessly copy Snapchat’s most beloved features, it’s hard to imagine the latter winning against the social media Goliath that is Facebook. 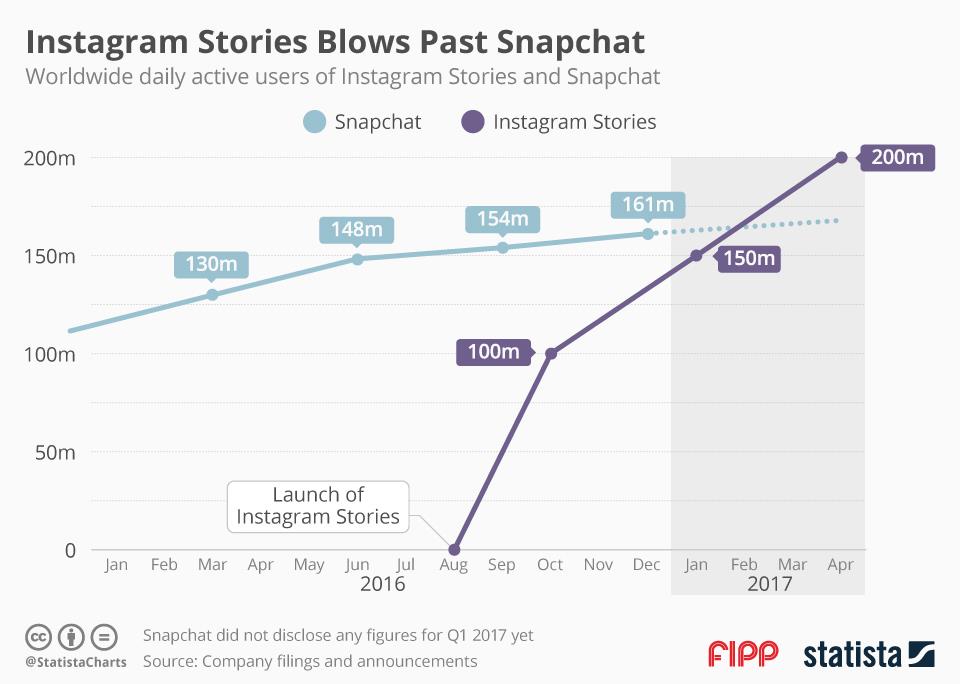