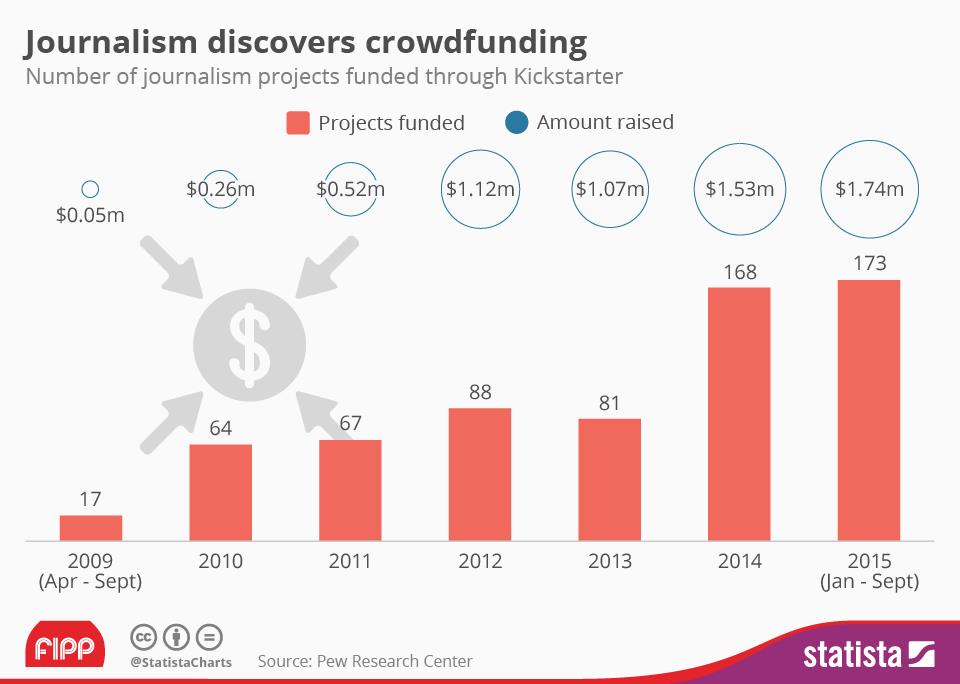 Enter Kickstarter: the crowdfunding platform that was launched in 2009 has become increasingly popular for those trying to fund new journalism projects. In the first nine months of 2015, 173 projects were successfully funded on Kickstarter, raising a total of US$1.74m. Since 2009, more than 600 journalism projects found funding on Kickstarter, with magazines, websites and books proving the most popular types of projects.