As well as the negative effect on public image and reputation, the infographic below shows the average monetary cost of a data breach.

As reported by IBM Security and the Ponemon Institute, the costs are the highest in the US with the average incident coming with a price tag of US$7.91 million. Although one may assume that such leaks are always caused by criminal activity, 25 per cent of the cases examined were actually due to human error. 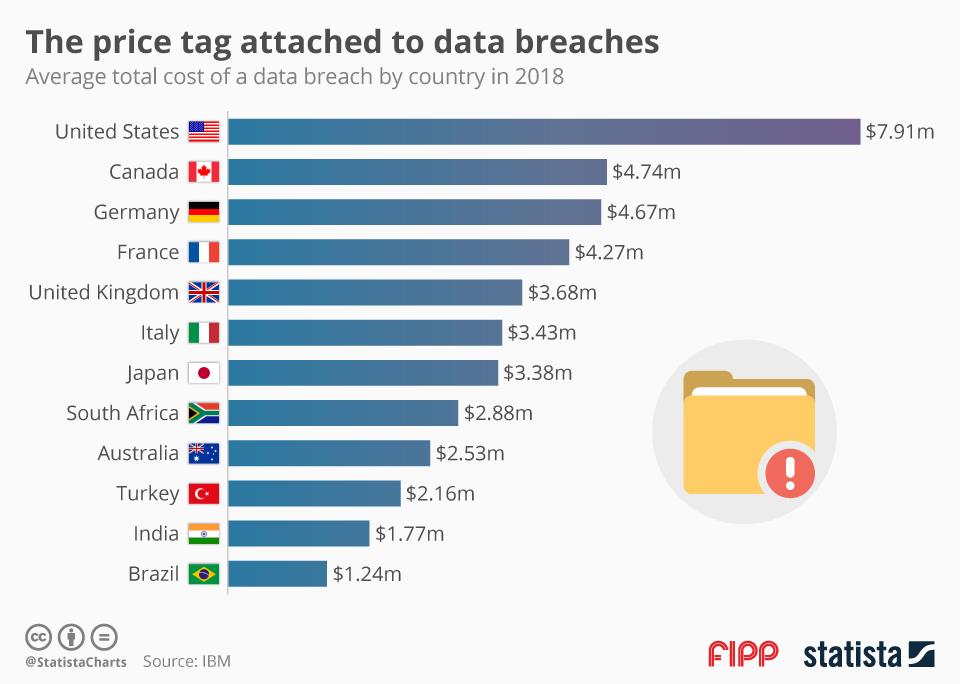 Chart of the week: Is TV’s reign nearing its end?