As our chart shows, most British people taking part in a recent YouGov survey think that organisations who deliberately spread things that aren’t true are engaged with ‘fake news’. On the other hand those organisations that are perceived to be honest but have a clear political viewpoint or agenda cannot be counted as spreading ‘fake news’.

The lesson to be learnt here is that you shouldn’t label news organisations ‘fake news’ just because they convey views that you dislike. This applies to the general public but should especially be heeded by influential people in the limelight.

Related: How the media is tackling the issue of fake news 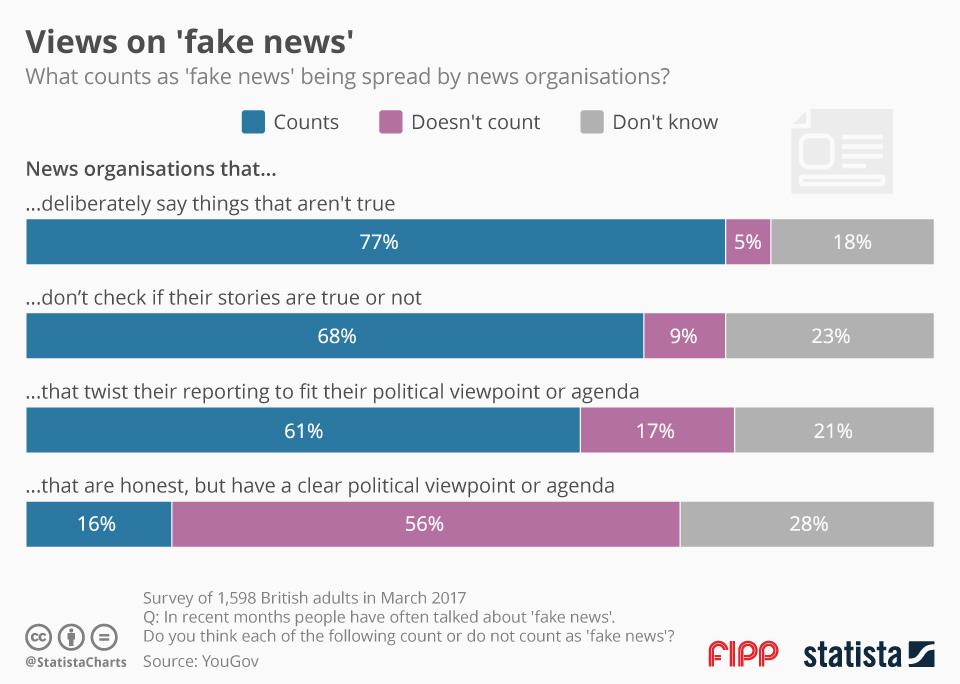 Chart of the week: Fake news and how it’s perceived

Facebook begins rolling out its much-anticipated solution to fake news

How the media is tackling the issue of fake news

Chart of the week: Google is top dog in digital advertising