Superseded by YouTube, the social media colossus was kicked from the podium in the period between early 2015 and spring 2018. With market penetration of 85 per cent amongst US youngsters and 32 per cent of the respondents stating that it is their most used online platform, YouTube evolved into the most important online platform of the Generation Z.

In comparison to the 2015 version of the survey, Facebook lost 20 per cent of its teenage userbase and currently ranks fourth just below Snapchat and Instagram. Even though its third in the share of general teenage usage, Snapchat has the highest share of the respondents who claim to use the multimedia messaging app most frequently. 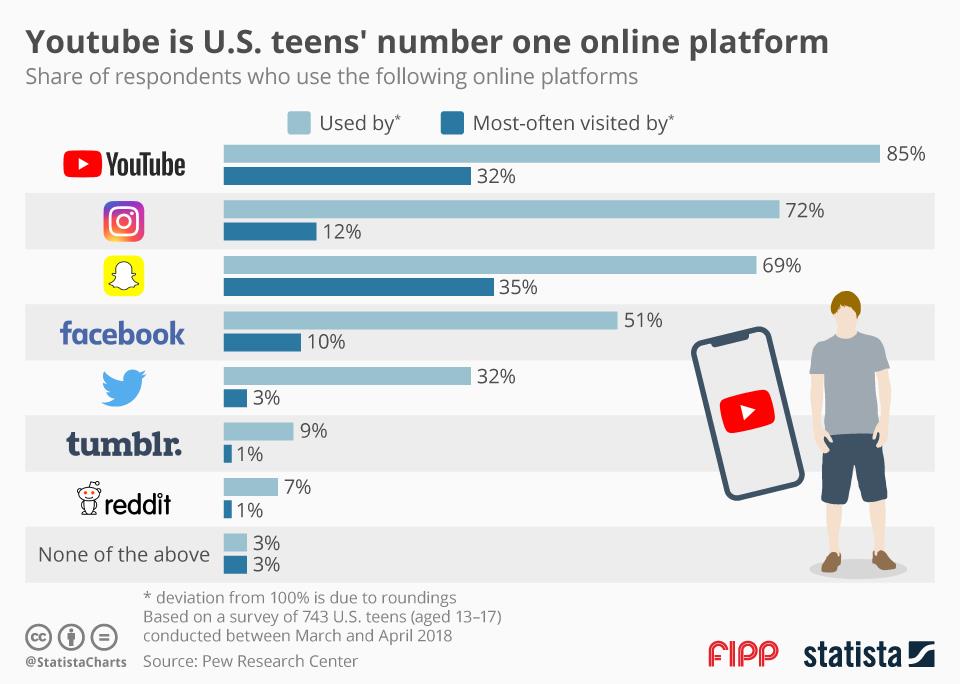 Chart of the week: The price tag attached to data breaches

Chart of the week: The UK’s top websites