As this infographic shows, Spotify currently boasts the largest figure, with 100 million premium subscribers. The Swedish giant and China’s Tencent are the only major global players that don’t have a US origin, making the market less dynamic and diverse than it’s video counterpart.

Spotify’s rise to the top has been an impressive one. By its fifth birthday in 2013, it had around eight million premium subscribers. In the years since however, the service’s subscriber numbers have skyrocketed, reaching the magic 100 million by the end of Q2 2019. Spotify has also been able to keep the juggernaut that is Apple at bay. Apple Music, with its unrivalled financial and marketing power (not to mention a ready-installed base of hundreds of millions), may have managed to amass 60 million subscribers, but has so far failed to climb to the top of the music streaming perch – something most people expected to have long since occurred. 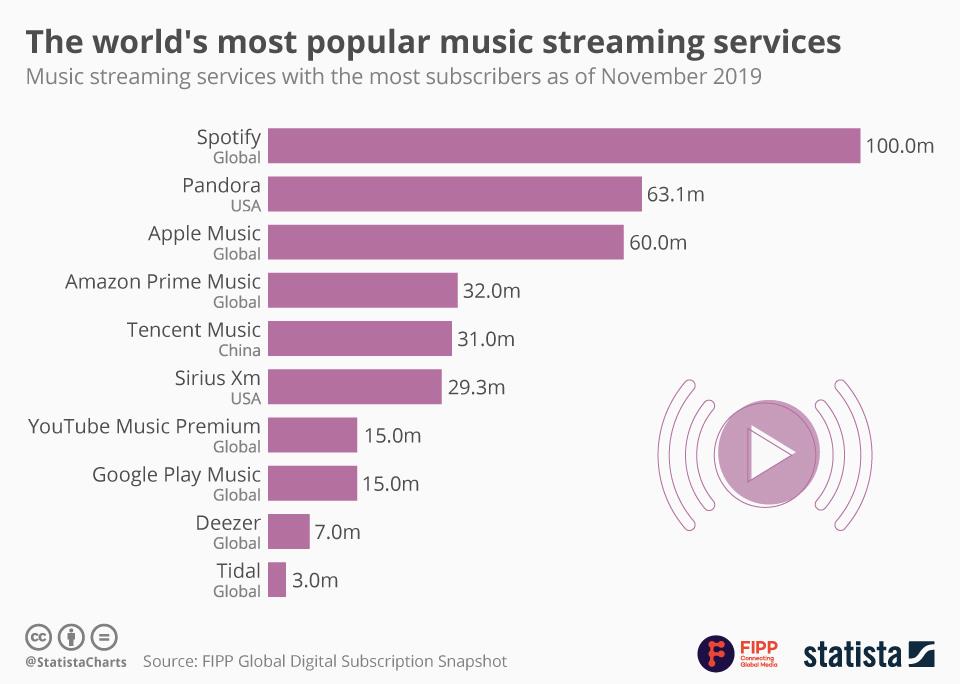 Chart of the week: Where will the media market be in four years?

Chart of the week: Mobile set to outpace desktop ad spending by 2022

Chart of the week: The world’s most popular video streaming services

Chart of the week: Young US influencers are driving social commerce