Videos in news feed have previously played silently — you tap on a video to hear sound. After testing sound on in news feed and hearing positive feedback, they’re slowly bringing it to more people. With this update, sound fades in and out as you scroll through videos in news feed. If your phone is set to silent, videos will not play with sound. 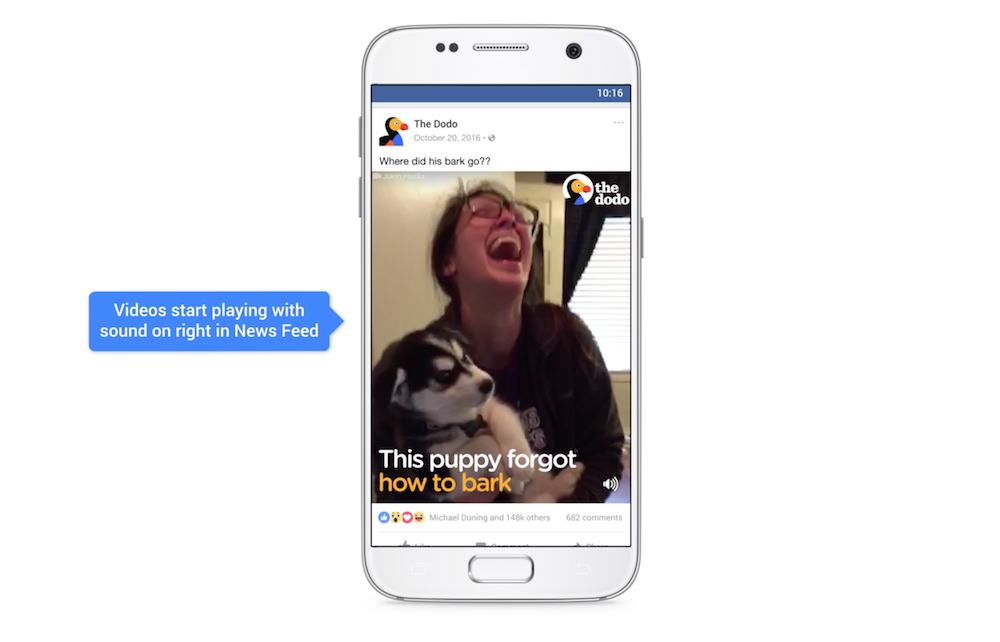 The company has also made changes to make vertical videos look better on mobile devices. After testing a larger preview of vertical videos in news feed on mobil a larger format is now available to everyone watching videos on iOS and Android.

Now it’s possible to minimise the video you’re watching to a picture-in-picture view that keeps playing in the corner of your screen while you browse other stories in news feed. You can drag the video to any corner of the screen, and if you’re using an Android device, you can keep the video playing even when you exit the Facebook app to do something else on your phone. 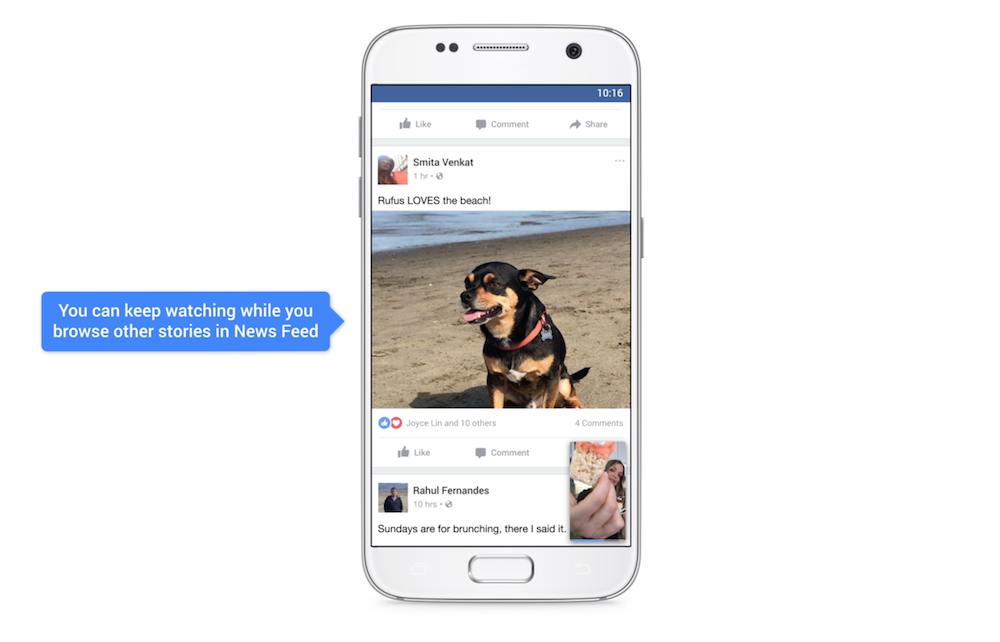 A new Facebook video app for TV will roll out soon to app stores for Apple TV, Amazon Fire TV and Samsung Smart TV, with more platforms to come.

Last year Facebook rolled out the ability to stream videos from Facebook to your TV. With the app, you can watch videos shared by friends or pages you follow, top live videos from around the world, and recommended videos based on your interests. You can also catch up on videos you’ve saved to watch later, as well as revisit videos you’ve watched, shared or uploaded.