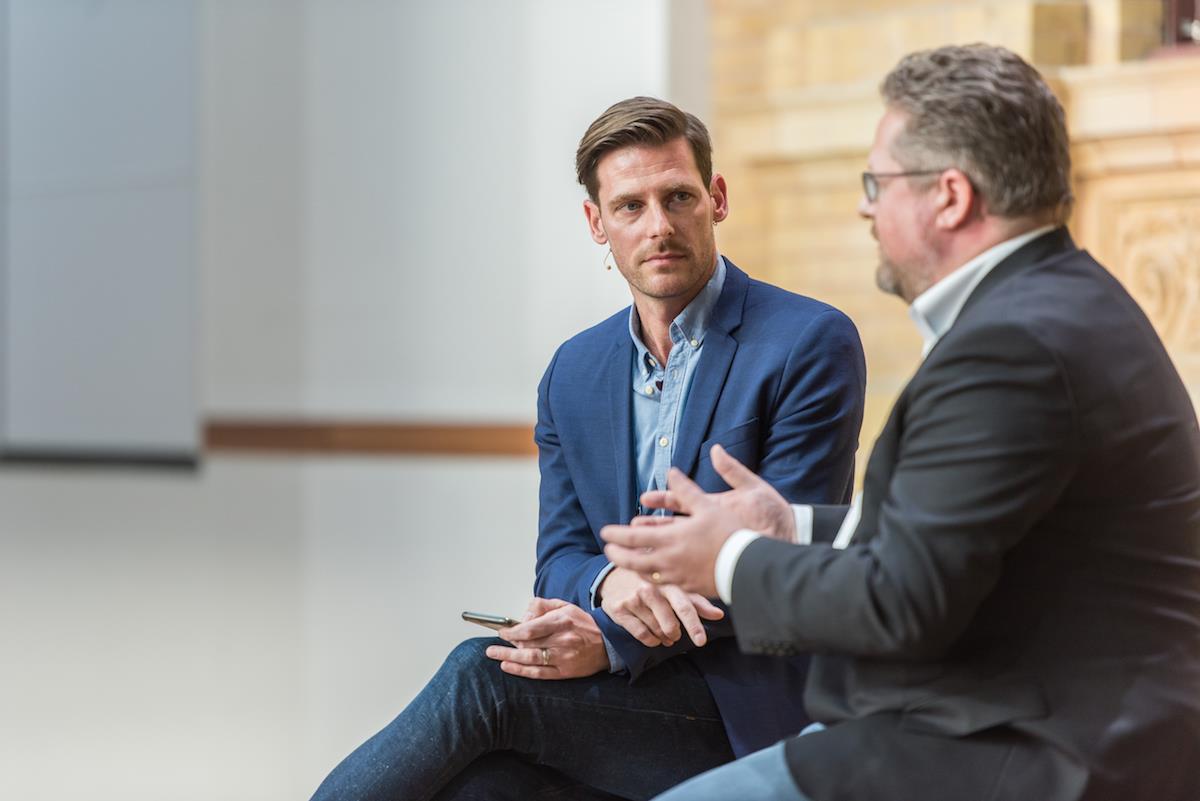 Guido Bülow began by outlining the ways in which Facebook is promoting good quality journalism through its Facebook Journalism Project, aiming to support the collaborative development of news products. The Project provides free training and tools for journalists, hopefully leading to a more informed community.

“Facebook plays a role in the subscription conversion funnel,” he said. “Subscription business is very important to us. We feel it’s important to support publishers building relationships with readers.” He emphasised that Facebook believes in high quality journalism, and has the goal of wanting to grow publisher subscriptions.

Jesper Doub agreed that Facebook could form part of the package for publishers. “The subscription model, while not simple, can indeed be part of the future model for us with Facebook,” he said. Having worked with the Facebook Journalism Project for over a year, he highlighted that one of the biggest demands from publishers from the start was for help. “We wanted Facebook to help us promote paid content, help us get subscribers,” he said. “But I don’t believe paid content is the only way to survive as a publisher.” Jesper also believes that advertising, for publishers with a strong brand, will always be around.

Despite enjoying direct contact with Facebook representatives through the Journalism Project, however, Jesper was quick to point out that working with Facebook has been something of a challenge more generally. He cited lack of communication and speed of decision-making – for example, the most recent algorithm changes – as stumbling blocks from a publisher perspective. “Facebook doesn’t give us enough of a heads-up sometimes,” he said. “Our resources are more limited, so we can’t respond quickly enough.” In short: Facebook has improved, but it needs to get better.

Jesper was keen to emphasise that there are big differences between publishers in the US, Nordic countries, the UK, Germany, and other regions of the world, and that this needs to be acknowledged more widely. “There are huge differences even within Europe,” he added. “So while it’s great to see The New York Times and The Washington Post doing well, it’s a different market in the US – so not necessarily helpful for us here.” He cited metering as an example of something that is lauded as a success for American titles, but is hasn’t been a top priority for German publishers.

Publishers must do their part to make Facebook work for them

The talk continued on a collaborative note, with both Jesper and Guido agreeing that they want good journalism to thrive on Facebook, acknowledging the ways that Facebook can improve, but highlighting that both partners need to do their bit in order to be successful on the platform.

“Publishers need to keep talking, first of all,” said Jesper. “Keep arguing, keep discussing. We need to be quicker and more flexible, and to speak to Facebook about what we need.” He said that reader data, for instance, is one area where publishers can really learn from Facebook. Facebook can then help publishers to use and interpret that data in useful ways. “We’re not a tech company, we’re journalists. It’s a challenge. But if you shout enough, Facebook and other platforms will listen,” Jesper added.

Finally, Jesper highlighted that we are a long way from getting away from sensationalism and fast journalism on Facebook. He advocated for even small publishers to have greater direct contact with Facebook, and for smaller publishers to get together and talk about solutions, just as the big publishers do.