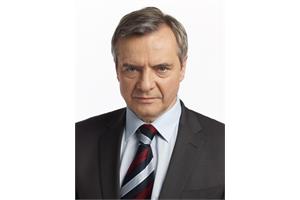 Being a publisher is more than simply business. Ensuring that publishers function within a framework of freedom must be an integral part of business and the network for global media - FIPP - should demand that authorities protect the free media market and equal rights for all publishers.

These words from FIPP World Congress chairman, Jerzy Baczynski during his key-note opening address at the 41st FIPP World Congress in London, come against a backdrop of a world in which populism has found fertile ground and “people are ready to surrender freedom for an illusion of security”.

Baczynski, who is also editor-in-chief and president of the board of Polityka magazine in Poland, warned Congress attendees that the dangers facing the free media do not merely stem from politics but also the new realities of the technical revolution, pointing to “the dark side” of the internet and social media.

“We are not here to complain,” he said. “As people in a creative business we have become used to coping, irrespective of circumstances. But new challenges require new tools. This is also a challenge for FIPP, which cannot now just be a professional platform for the exchange of experiences.”

Referencing the new order in which publishers have to function, Baczynski said today’s populism is “a panic reply to globalisation, which of course brings to humanity not only great benefits but also threats: loss of jobs, human migration and degradation of the natural environment, weakening of national identity, secularisation, rejection of state sovereignty, changes to culture and customs and above all, international terrorism”.

This, he explained, is the reason why people are ready to surrender freedom for an illusion of security. “This mood, which we feel more strongly…is extremely dangerous for media freedom… The most recent global report on media freedom published by Reuters - Reporters Without Borders – indicates drastic falls in all respective indices. It shows that even in countries with such consolidated democratic traditions as Germany, Italy or Finland, new anti-terrorist regulations and new prerogatives for the special forces may excessively breach rules of freedom of speech and privacy.”

Baczynski warned that the dangers facing the free media do not only flow from political events. “As publishers we are all part of a great digital revolution – even an avant-garde… we also know that there is a dark side to the internet and social media. We know that for years we have sinned through excessive optimism and enthusiasm…[But] We are starting to speak about what the new media are doing with us, our children, our society, our democracy.” 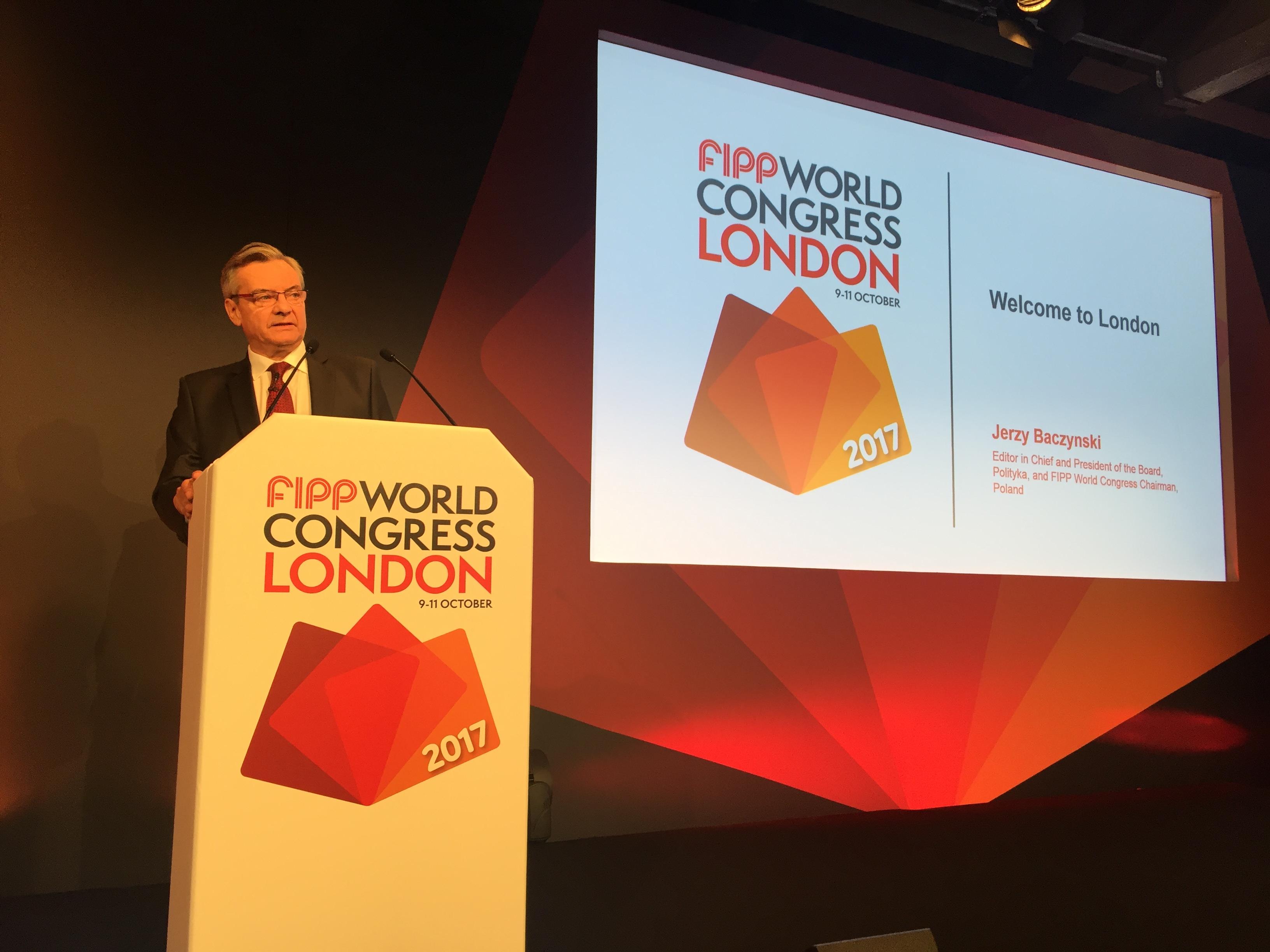 To emphasise this, Baczynski, referenced several new concepts and words that have now become part of the media world. It wasn’t necessary to discuss or clarify these concepts and words and some of them weren't even in widespread existence when FIPP members met two years ago in 2015 Toronto for the 40th FIPP World Congress. They include:

Against this backdrop, publishers need to be aware that the technological revolution they find themselves in is a new reality, “which we do not completely understand and which is outpacing and outgrowing us”.

Baczynski made the point that this is also a challenge for FIPP. “We must demand that the authorities protect the free media market and equal rights thereon for all publishers. We must promote solutions supporting rational copyright protection in a digital world. And sponsor educational and research programmes into the new media.

"In case of need, we should speak out in defence of media freedom and journalists in every country where they are under threat, show solidarity, put pressure on policymakers, perhaps organise aid.

“Some might say that it is not our duty and that it goes beyond the framework of this organisation…But we have all chosen a very particular profession. Its foundations are built on the same values everywhere in the world: respect for the facts, social responsibility and credibility, freedom of opinion.”

Baczynski said as a journalist and publisher who has spent a significant part of his life in conditions shrouded by a lack of freedom, a world of lies, propaganda, censorship, the authoritarian power of jumped-up bureaucrats. He now observes how this past is returning, he knows that freedom is valuable and delicate, it is not given “once and for all” or to be taken for granted. It must constantly be discovered anew and secured. “So, my keynote for the opening of this Congress is straightforward: being a publisher is more than simply business. Freedom is our business.”