On the eve of the 20th anniversary of the founding of the digital newspaper and magazine distribution and publishing pioneer, PressReader, FIPP has announced the deepening of its brand partnership with the original ‘Netflix for News’. 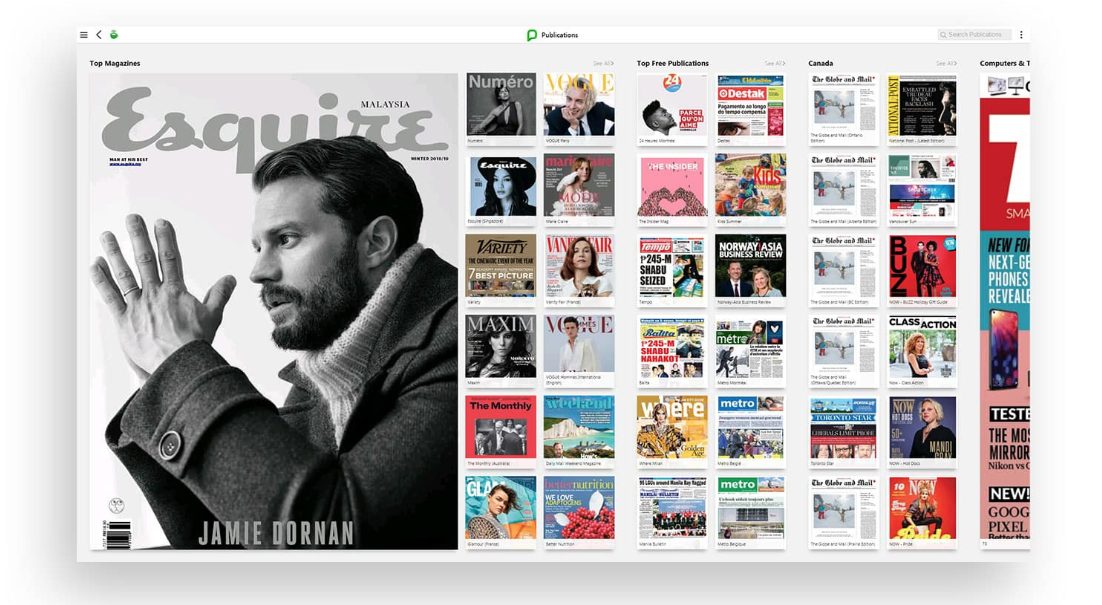 PressReader will be 20 years old this month. The company, which started out as NewspaperDirect printing newspaper content in situ on board cruise liners and in hotels, also has a massive digital legacy, experimenting with its first digital aggregation of newspaper and magazine titles as far back as 16 years ago. The company has been growing steadily and has been profitable since 2008, with monthly active users of the PressReader app climbing from 100,000 a couple years ago to more than 12 million this year.

Today the model offers unlimited access to over 7,000 newspapers and magazines from more than 120 countries in 60+ languages. Access includes full versions of every issue, not merely a selection of articles, from publishing partners such as The Guardian, The Washington Post, The Globe and Mail, the Los Angeles Times, Newsweek, Bloomberg Businessweek, Rolling Stone, Variety, GQ and Vogue. But PressReader’s relationship with publishers goes beyond international megabrands and includes local news outlets from around the world. Profit sharing models have made it possible for partner publishers to monetise their content on PressReader in a sustainable way.

PressReader’s belief in, and commitment to, the paid-for content model all these years – while launching thousands of partnerships worldwide – is one of the main reasons FIPP has always been keen to partner with the company, says James Hewes, President and CEO of FIPP. The renewed brand partnership deal with PressReader ensures a closer relationship that will create even greater value for FIPP and its members. For instance, Hewes mentioned that both recent FIPP Insider events in Washington DC and New York City were free to attend, thanks to PressReader’s support.

But, says Hewes, collaboration with PressReader within the domain of thought leadership is equally important. “PressReader’s evolution and experience from a print-on-demand business 20 years ago to the truly original ‘Netflix for News’ model, which continues to increase touch points with consumers on behalf of publishers, is of immense value to FIPP and its members.

“PressReader generates an enormous wealth of information on what works (and what doesn’t) for our shared readership. Working with PressReader means this valuable experience and data can now be shared with the FIPP community,” says Hewes.

According to PressReader’s chief content officer, Nikolay Malyarov, all FIPP members get complimentary access to content available on PressReader, so publishers and other FIPP members can see examples of quality journalism from around the world, across the industry.

“PressReader’s involvement in this partnership shows that FIPP is embracing not publishers talking to publishers, but publishers talking to the larger industry as a whole, including technology providers. We would be nowhere without publishers, and publishers would be nowhere without industry partners and trusted solution providers. Through this partnership we are working towards a model to bring these ecosystems closer together to find solutions across our industry. By sharing knowledge our aim is to make the industry more sustainable.”

Increasing the number of touch points

In a time where most digital publishers are only just starting to focus on reader revenue, and platforms are starting to grapple with the right approach to aggregation, PressReader has been working on these challenges since its inception.

“For us,” explains Malyarov, “the principle has always been that publishers need to be paid for the content they produce. To achieve this we have always been actively trying to increase the number of touch points where we make that content available, going beyond where publishers would traditionally distribute their publications. What’s important to remember though is that at the moment only around 20 per cent of people are willing to pay for content. But not all publishers will see that level of income given the increase we’re seeing in subscriber fatigue to individual titles and products.”

He says PressReader creates value for consumers who want choice and the ability to interact with a wider selection of titles. While many consumers do not want to pay for content at all, PressReader continues to reach them through their myriad of touch points which includes airlines, hotels, libraries and cruise liners.

PressReader offers a variety of ways to discover content in its app, and adds a number of interactive features (text-to-speech, instant translation, sharing and others), and it’s always optimised for the device it’s being used on. The PressReader app also deliberately retains the look and feel of the printed format. This adds even more value to titles, where layout and design remain such an important part of a publication’s value. PressReader is designed not only to retain the original emotional connection that people have with printed products (including the price), but to also allow readers to navigate through all sections in the way they would have with print, including advertising.

Playing the media dating game: PressReader on how to attract more readers and more revenues