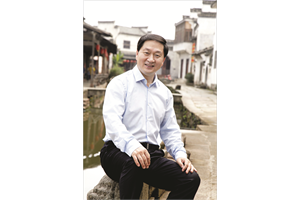 Han Xindong is a well-known Chinese reporter, writer and poet, a media entrepreneur as founder of Anhui Huishang Media and visiting professor of School of Journalism and Communication of Anhui University – to name only a few of his accomplishments.

As founder of Anhui Huishang Media and editor-in-chief of Anhui Business magazine in China, he will be one of our speakers at the 41st FIPP World Congress, presenting a session with the title, “How Anhui serve local traders with data, information and analyses, and live events.”

Here he tells us more about some of the media trends in China, about his business, his life and his poetry.

Han is a visiting professor at the School of Journalism and Communication at Anhui University, where he has also witnessed first hand the impact of the Internet and other technologies on traditional media.

As elsewhere, Chinese media “has faced challenges from a variety of angles.” So-called, “We-media”, media-like channels run by well-known “influentials”, have become a “hot spot”.

Han believes integrating “We-media” and traditional media operations are key trends in Chinese media. Fusing the two, and using characteristics of “We-media” to different groups of people, “holds the future for the Chinese media industry”.

According to Han, part of Chinese consumers’ openness to new media ideas and innovation lies in the country’s history and culture. “China is a big country, and today everyone is a media; everyone has a microphone. It shows our openness to accepting new thinking and concepts in media. We have a long history and rich culture, yet we do not reject new ideas and thinking. That is key to understanding” the market.

Asked about the future, Han says the key to understanding is that “media is no longer an information dissemination process. Media should spread ideas and expand influence,” being a platform bringing communities together. It is not about creating and producing content (anymore), but allowing communities to obtain resources and value. “This is exactly what Huishang Media is trying to achieve; to serve as an integrated platform for Anhui entrepreneurs.”

Han founded Huishang Media in the Anhui Province, still its main place of operation. “It is a place known for Anhui culture and innumerable Anhui merchants. After eight years of ongoing growth, Huishang Media has successfully built a business including content production, business cooperation, market operations and academic communication.”

“These four platforms form the pillars of Huishang Media today,” while, in addition, the company is also known for its events across all four pillars. Events “include Huishang Oscars Global Annual Festival, Search for the Best Investment Areas in Anhui Province, Huishang Annual Gala, Huishang Internet Finance Forum, and other summits and forums. From the perspective of services, we hold annual conventions for both Huishang Global Council and Hui Lady Club, and also annual meeting of the Chairman and Secretary-General of Huishang Chamber of Commerce.” 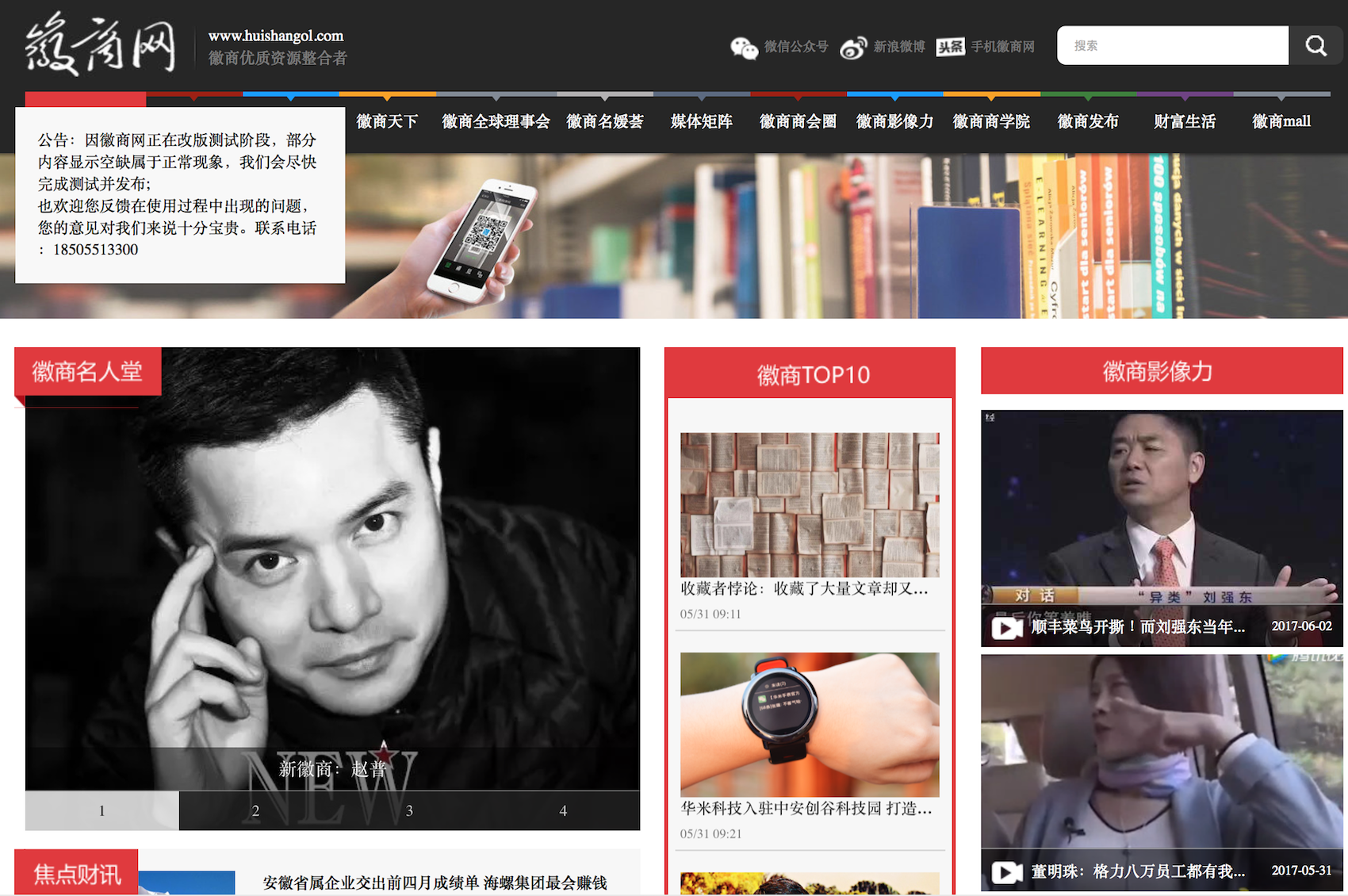 The aim is to provide consumers with an all-round engagement opportunity, be that through mobile channels (and websites), print and/or live events. From a revenue perspective, events (made up in the main of awards, specialist forums, sponsorship and brand collaborations) provide the largest share of overall income, followed by advertising and distribution (subscriptions/circulation).

“I came to the world in late autumn, a season of harvest. It was November 1963,” Han begins. “I was born in Haiyang County, Shandong Province, China. Haiyang County belongs to Yantai City, an area that produces one of the most famous apples (the Yantai apple, which has more than 100 varieties) in China. In 1968, my parents brought me to Anhui Province, the hometown of Anhui culture, and I have lived here ever since. The culture of Shandong and Anhui has greatly influenced me.”

After graduating from industrial college, Han worked as an editor “at Poetry newspaper, the most influential poetry paper in China at that time” from 1985. In 1988, he graduated from Open University of China. “Here, on the 5th anniversary celebration of Open University of China, I received praise as an outstanding national graduate.”

Towards late 1992, Han contributed towards establishing Xin’an newspaper, the first provincial evening paper of Anhui Province. “After several years of hard work, I was recognised in the first group of Top 10 cultural journalists in Anhui Province.” He later served as the vice president in charge of advertising at the company.

In 2005, when he also undertook post-graduate studies in journalism and communication, Han founded Anhui Press Group Movie & TV Culture. “I served as general manager and over the years have established it as a well-known brand in the cultural industry of Anhui Province.”

Over the years, Han has received several awards in recognition of his work, including for media innovation in China as well as press advertising.

Han believes literature has given him “vision that is different from many other media practitioners.” It was while at Poetry newspaper in 1985 that he took his first steps as a poet, “publishing poetry and prose in some of the country's most influential journals such as poetry, prose, October.”

Celebrating his unique style of work, Han has been named one of the Top 10 Prose Poets in China. Today, “my poetry and prose are included in dozens of the most influential poetry anthologies in China. I have published poetry collections like Another Love Song and A Bamboo Flute, volumes of essays such as Bitter Love and Place with Dreams. I have also created lyrics for songs such as China is Like a Flowing Painting, China's Xiaogang Village, Champion Red, Big Eyes, Huangmei Opera, the Accent of My Hometown and so on, which have been performed by famous Chinese artists.

“One poem I wrote – Story from the Past – was included in the book The World’s Humorous Classics. In the poem, I write: What is the past? Where does it come from? Is it going to bloom and bear fruit? / When I smoke, I have a feeling that the sparkling cigarette is slowly burning time away. The faint white smoke is like the past; it leaves a taste in our heart and body. A kind of scent, a kind of breath, tangled in our lives, which we can never forget. After that, it clouds the reality in front of our eyes; and we see the past.”