While many potentially disruptive trends are not dominant or even easy to recognise, publishers must be ready to identify and experiment with them, warns Josh Macht, executive vice president and group publisher at the Harvard Business Review in the US. 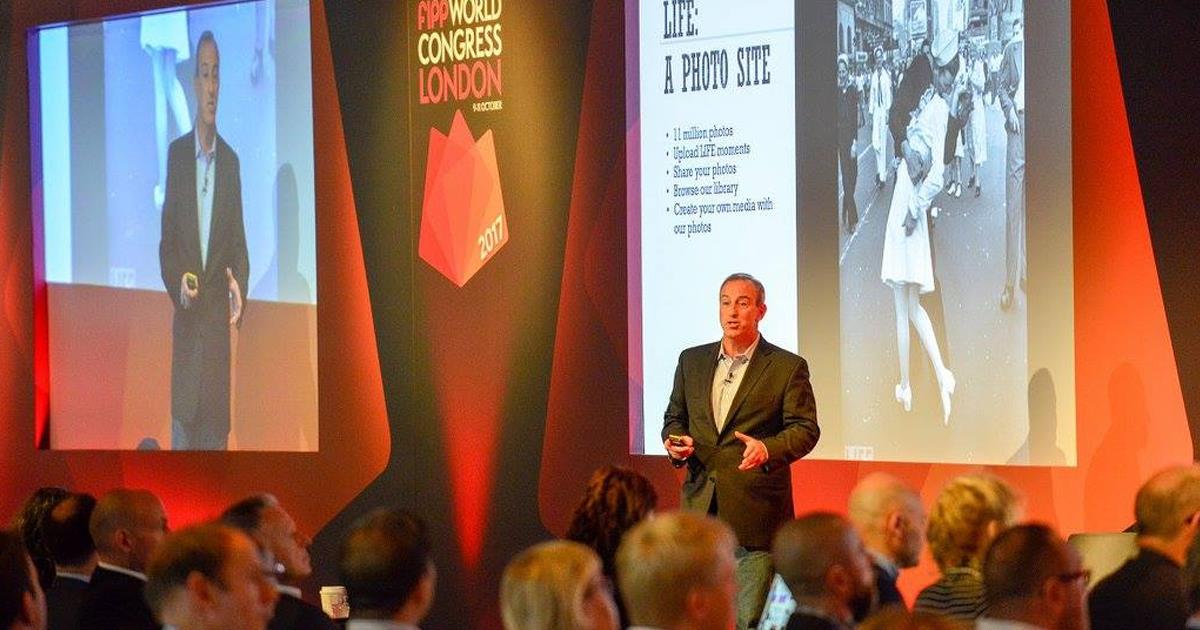 Dominant logic, argues Josh Macht, Executive Vice President and Group Publisher at the Harvard Business Review, has been the downfall of many businesses, and in the publishing industry even more so. “Dominant logic seems silly but it happens in almost all organisations.” While identifying five trends that will be most important for publishers in future, Mach told delegates at this year’s FIPP World Congress how many disruptive trends are not dominant and easy to recognise at all. They initially announce themselves through “weak signals” which are initially “incredibly difficult to see, find, identify and experiment with”.

*Join us in March 2018 for our next event, the 11th Digital Innovators’ Summit in Berlin, Germany. More information, as well as discounted ticket offer until 18 December 2017, available at innovators-summit.com.*

He referenced his tenure as web editor at Life magazine in 2002. At the time, Life magazine had 11 million photos, many of which were iconic. Along with some colleagues they suggested to management that Life.com create a digital platform to not only share photographs with interested readers as “Life Moments”, but that website visitors could browse their library and also share their own photographs with them. Macht said management did not understand the concept of a social media platform and opted to start publishing newspaper inserts to be inserted into the magazine.

Despite this being a huge and costly failure, said Macht, the opportunity was lost because of the industry’s blindness to future disruptive trends. Similarly Blockbuster Videos in the US did not see the danger of Netflix, a company created in the same year that Blockbuster Videos posted its largest profits ever.

The successful publishers of the future will need to be able to tune into the “weak signals” signifying future trends, he warned, by identifying them and experimenting with them because each and every one of those have the potential to significantly alter your business over a short period of time.

At Harvard Business Review they set out to identify some of the signals, that hold the potential to, within five to ten years:

For publishers to be able to respond to trends like these, they will need a much leaner approach to experimenting. At Harvard Business Review, they are currently focussing on five of these trends.

Macht said it has become very clear that people are increasingly interacting with technology through voice. This can be witnessed by the increased interaction with Siri, Amazon’s Alexa and Google Home and projections are that as soon as self-driving vehicles become a reality, it could" turbo charge" this form of interaction with technology. At the moment flash briefings, stock quotes, recipes and podcasts are increasingly being streamed via voice activated gadgets and at the Harvard Business Review they have already started an experiment with Alexa and although "the experiments are primitive” it is being considered important to be able to learn from early on how Alexa may become instrumental in people’s need to extract contact via voice.

Macht says that while Google seems to own most of the data and is poised to dominate this trend, they have been experimenting with trying to learn from trends on Facebook Messenger, bots and Slack, a productivity tool. At this stage the bots work well as tool for readers to access more Harvard Business Review articles. “What we need to understand better from people's questions are exactly what the content is they what to access because ultimately it will be machines that will have to recognise the questions and respond correctly to it.

Macht said interactive video is only starting to “bubble up" at the moment and Facebook Live has been taking the lead as one of the large social media players who are create massive communities around video  At the Harvard Business Review they have been using Facebook Live as a regular channel to interact with audiences.

He said to be able to find time to experiment with the trends mentioned, publishers will need to let go of things that they have been doing for years but which don’t add value any more. This will be tough but it will be necessary. It needs to be done in a rigorous way deciding at what point you need to cut something that’s not of real value to the company any more. "It’s exhausting trying to keep up with the future. But it means you will need to let go of some of the things that you are currently doing.”

Why content should be created specific to each platform

[Video] How publishers can satisfy the consumers of tomorrow