Startup culture - to the core

Sam Olstein, director of innovation at GE, shared with attendees at the Digital Innovators' Summit how America’s digital-industrial giant GE is immersing itself in a communication revolution experimenting with new content strategies and manufacturing new consumer touchpoints.

Olstein and his team are out to prove how GE touches consumers lives. It’s about “making the invisible visible by showing up in an unexpected and tangible ways,” he said. 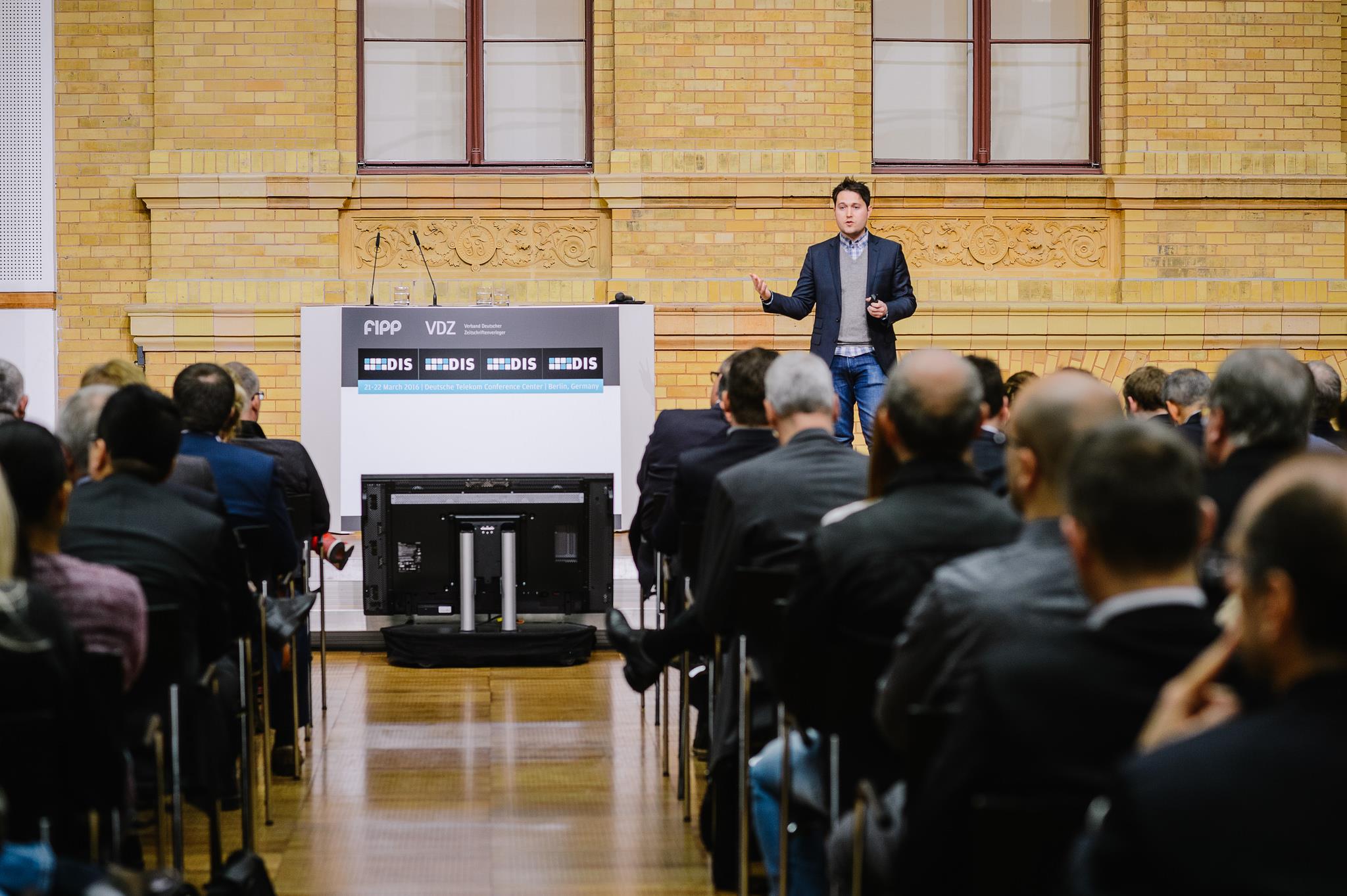 GE may be an industrial brand that’s 124 years old, but when it comes to innovative use of digital (and print and live) channels, it is as nimble and energized as a startup after its first funding round. As Olstein humbly pointed out, Thomas Edison and GE senior leaders live and breathe the startup culture: fast and innovative, risk taking, and entrepreneurial, to create better outcomes for its clients. “Whether it be more efficient jet engines that bring down the cost of airline tickets, wind turbines that power clean drinking water, or more powerful MRI machines at your local hospital," said Olstein.

“As marketers, we need to make the future happen," explained Olstein. The real challenge for GE was how to stay contemporary when they “don’t touch consumers directly," Olstein said. For Olstein, this meant taking GE’s passion for science and technology and leveraging new content strategies to show up in unexpected ways and reach a new generation of potential consumers. Essentially, leading a mind shift from campaign-based marketing to experimental brand and content campaigns with content-as-commerce, brand-as-a-publisher model, and an AppFront event. “This approach allows GE, to take on a new perspective and point of view for story telling," Olstein said.

As an homage to the 45th anniversary of the first moonwalk, GE launched its first content-as-commerce campaign with 100 limited-edition Missions sneakers. The Missions, designed by Android Homme, were made of the same “super materials” used by the astronauts. As Olstein explained, it made perfect sense “it helps people relate to the power of material science.” The campaign debuted on snapchat with the first released images worn by “Buzz” Aldrin. Within 7 minutes all shoes were sold and a secondary market developed on Embracing where the sneakers are sold for upwards of $5,000. By acting like a sneaker company, the brand gained a new perspective. “It was good storytelling wrapped with a commerce component," Olstein said.

Over 60 years ago, GE launched a comic books series as a propaganda tool to inspire a new generation of wannabe engineers. For Olstein, the comic books represented a “great historical artifact” to cultivate and connect with a new generation consumers. GE teamed up with Wattpad, social network for serialised stories, and invited 6 of its most popular science fiction writers to bring "Adventures in Science” back to life with a modern sensibility. Commenting on the partnership, Olstein explained “we knew that most of the Wattpad community reads and writes on their mobile device and we wanted to fit our approach into this existing behaviour.” And it did just that. Post launch, the comics received nearly 60,000 reads across nine countries.

GE hosted its first ever AppFronts event in 2015, a first-of-its-kind event connecting 12 apps and platforms with some of the worlds top brands and agencies in a quest to share their knowledge and seek potential funding. For the brands, the event offered them a unique portal to tap into their intelligence on scaling audiences and reach a mobile-first millennial audience.

#droneweek, GE’s take on shark week, was a 5-day live peek via periscope streaming inside the behind the brand's jet engines, wind turbines, locomotives, and industrial machinery. “It’s about giving our audience a really cool perspective and peek at some of the stuff they don’t see often but does have an impact on their lives. It also helped convey the scale and reach for the worlds most powerful machines,” Olstein said. Later this year, #droneweek will be back with Pericope as their global platform to showcase some of the behind-the-scenes infrastructure support GE is doing for the upcoming 2016 Rio Summer Olympics.

The future of GE - internet of giant things

Telling a modern internet story about the digital-industrial giant, Olstein shared his optimism about GE’s Predix software - a cloud platform for predictive maintenance - created for the industrial internet. GE Predix “will empower the next industrial revolution” said Olstein, its the future of the digital power plant.

How strong is the Indian startup-investor ecosystem?

Startups, disruption, M&As – Markus Schunk on the deals that will shape tomorrow’s media