There is a growing sense though that VR could also be transformative for storytelling both for media companies and brands. One of the pioneers of content-driven VR is the Emblematic Group, a collaboration between publishing mavens Nonny de la Peña and Jamie Pallot.

The pair have worked with a number of high profile media clients to deliver content that takes immersive editorial experiences to new levels. 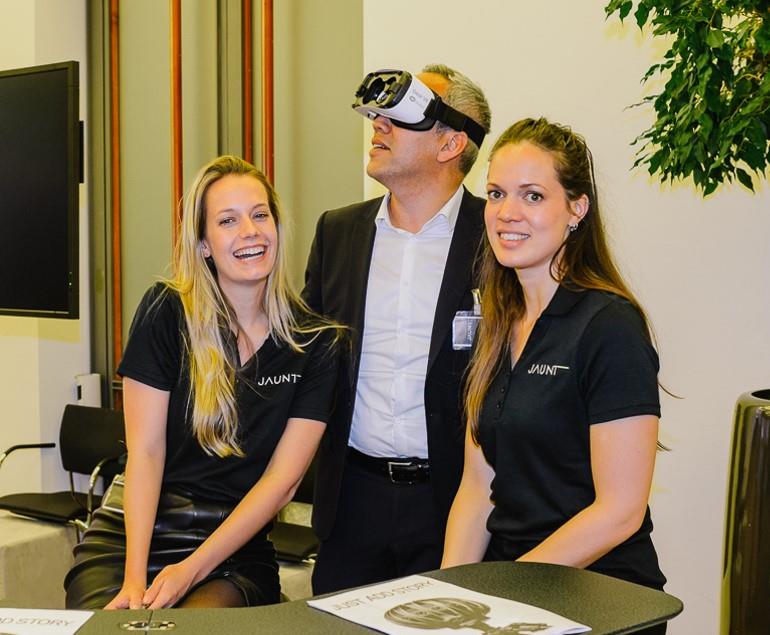 At DIS 2017 in Berlin, from 19-21 March (more at innovators-summit.com), Jamie will be outlining how he thinks publishing can be re-invigorated by these new technologies. Here he talks about his personal lightbulb moment with VR, which media companies have produced the most innovative VR editorial and how we might consume VR style content in the future.

What was your lightbulb moment with Virtual Reality and journalism? And how did this then lead to the formation of the Emblematic Group?

It was a little over three years ago. I was working at Vanity Fair magazine, and I was in L.A. for the Oscar party, and I went to visit Nonny de la Peña, who is an old friend of mine. She said “you must come and see this crazy stuff I’m doing in the lab” [at USC] and so I did. I drove out to this aircraft hangar-size space, and I put on this giant headset that was held together by duct tape, and… it was incredible. I felt literally transported – able to walk around as if I were in an entirely different place. So I sort of knew right then that was something very different, and new, and powerful, and that I wanted to get involved somehow. It took about a year, but Nonny finally convinced me to leave the world of print media and come and join her full time and turn this thing into a company.

Do you think that media companies are wising up to the potential of VR content storytelling, or is there still an education job for businesses like yours to do?

Some media companies are already making a big commitment—I think of The New York Times, with their VR app, and distributing over a million headsets for free. I think of The Wall Street Journal, with their Daydream app (full disclosure—we did help them build that ;). And I think of Time, which has made some pretty ambitious VR pieces. But, without a doubt, there is still a lot of education to be done. For example, I feel like I spend about half my time just explaining to people that VR can be much more than just 360° video. All the newer headsets, especially the HTC Vive, allow what we call ‘walk around,’ or volumetric VR – putting your whole body in the experience, and letting you interact with content via eye gaze, hand controllers, etc. It’s so much more powerful and immersive than 360° video, where you can look all around you but you can’t change your orientation within the piece. 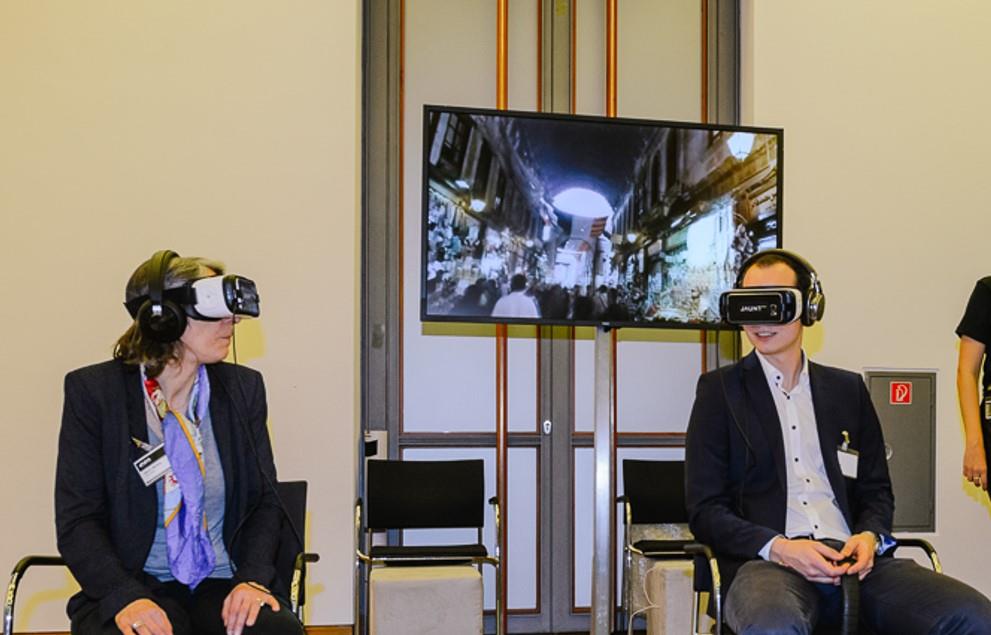 There was a lot of noise about VR last year with the launch of several new platforms, do you think we are now starting to see a clear path for media companies to follow in the creation of VR content? What are the potential obstacles?

There’s no single clear path, because the technology is developing in so many different directions—new methods of data capture like photogrammetry and videogrammetry; augmented reality and mixed reality, etc. I just came back from the Sundance Festival, where he had a new piece, ‘Out of Exile, represented, and my head is still full of all the technical and creative innovation I saw! As for obstacles, well, it’s mostly the market penetration issue. It’s still a relatively small number of consumers who have the higher-level headsets, so distribution remains a challenge. But that needle is only moving in one direction…

Which media companies do you think have done VR content well so far? Which has been the best content you have seen? Of your content what are you most proud of?

Again, I’d single out The New York Times and The Wall Street Journal, and not just because we’ve worked for them both! That WSJ app is very impressive in the way it uses the controller that comes with the Daydream—it creates a 3D visualisation of live stock market data which is very cool. It’s also a faster and more efficient way to absorb that kind of information, and that’s a use of VR and AR that you’re going to see more and more of. The piece of our own content that I’m most proud of is our latest collaboration with Frontline, the documentary producers. It’s a piece about solitary confinement, and we combine two ground-breaking techniques—photogrammetry, to capture a cell in hi-res detail that the user can walk around inside of, and videogrammetry, to record an interview with a former inmate ‘in the round.’ The result is that you feel like you’re hearing him tell his story as if you’re in that tiny room with him. It’s heart-breaking.

How effective has the 360° video content been? Is it purely a stepping stone to VR or will, be around for some time?

I do think 360° is kind of a ‘gateway drug’ to room scale VR, but that’s not to say it’s going away, or that there isn’t some amazing 360° content being created. I think of Darren Emerson’s work, like ‘Witness 360,’ and his new piece on immigrant detention centers, and I think of  ‘Notes on Blindness,’ by Amaury La Burthe—incredibly moving pieces that really make the most of the medium.

Similarly what do you think are the opportunities for media companies are in mixed reality and AR?

Well, stand by for some very interesting AR work from some of the big newspapers—I’m not allowed to say any more than that right now 😉

Five years time from now what type of VR content will be consuming and how will we be doing it?

Five years from now we’ll have ultra-lightweight, mobile-powered headsets able to switch between VR and AR—either putting you into a different space or allowing you to superimpose all kinds of data layers onto ‘actual’ reality. It’ll be an integrated part of our general media input.

What role will brands play in the future of VR content production? Will it be largely as sponsors, or will we see product placement creeping in to VR video?

I do think we’ll have a shared virtual universe—think Second Life, but fully realised and much more widely populated—and product placement will inevitably be a part of that. But in the interim the best place for brands to make their mark is with their own content. Branded content is really coming into its own, and there are already some brands out there doing game-changing stuff in this medium.

Many of the themes Jamie discusses in this article will feature prominently at the 2017 Digital Innovators’ Summit in Berlin.

The 10th Digital Innovators’ Summit 2017 takes place from 19-21 March (main Summit on 20 and 21 March) in Berlin, Germany. DIS is organised by FIPP, the network for global media, and VDZ, the German Publishers Association. See more at innovators-summit.com. See the preliminary agenda here and list of more than 60 speakers so far confirmed here.