Harvard Business Review is that rare case when an academic journal becomes a mainstream media brand, beloved by both readers and journalists.

You’ve been with HBR for more than six years. What are the biggest changes you’ve seen in the organisation during this time?

In 2010, we made a number of changes that were not revolutionary in terms of magazine making, but were new for the Harvard Business Review.

Firstly, Harvard Business Review became less of an academic journal and more of a magazine. In the old days HBR published a collection of good, but unrelated articles. For each edition of the new magazine we create a central theme. That’s allowed us to pick topics that we think are really engaging. It also allows us to plan ahead, rather than produce an issue from whatever submissions we happen to have each month. We reach out to the top thinkers in the field, asking them to contribute.

Secondly, we redesigned the print edition to become more reader-friendly. We publish very complicated, challenging content, so we decided to help readers get through it by making the design and layout less intimidating and creating points of entry, such as side bars, charts and lists.

Thirdly, the website has changed in terms of strategy and redesign. The Previous HBR editor had said that HBR would never blog. Now blogs are a very important part of our DNA. I work closely with the publisher of HBR, Joshua Macht, who had been a digital journalist himself. Before I arrived, he and his team pioneered the development of a website that was an extension of our brand, with different types of content. The website reinforces what HBR stands for, which is big ideas about business and helping your career. 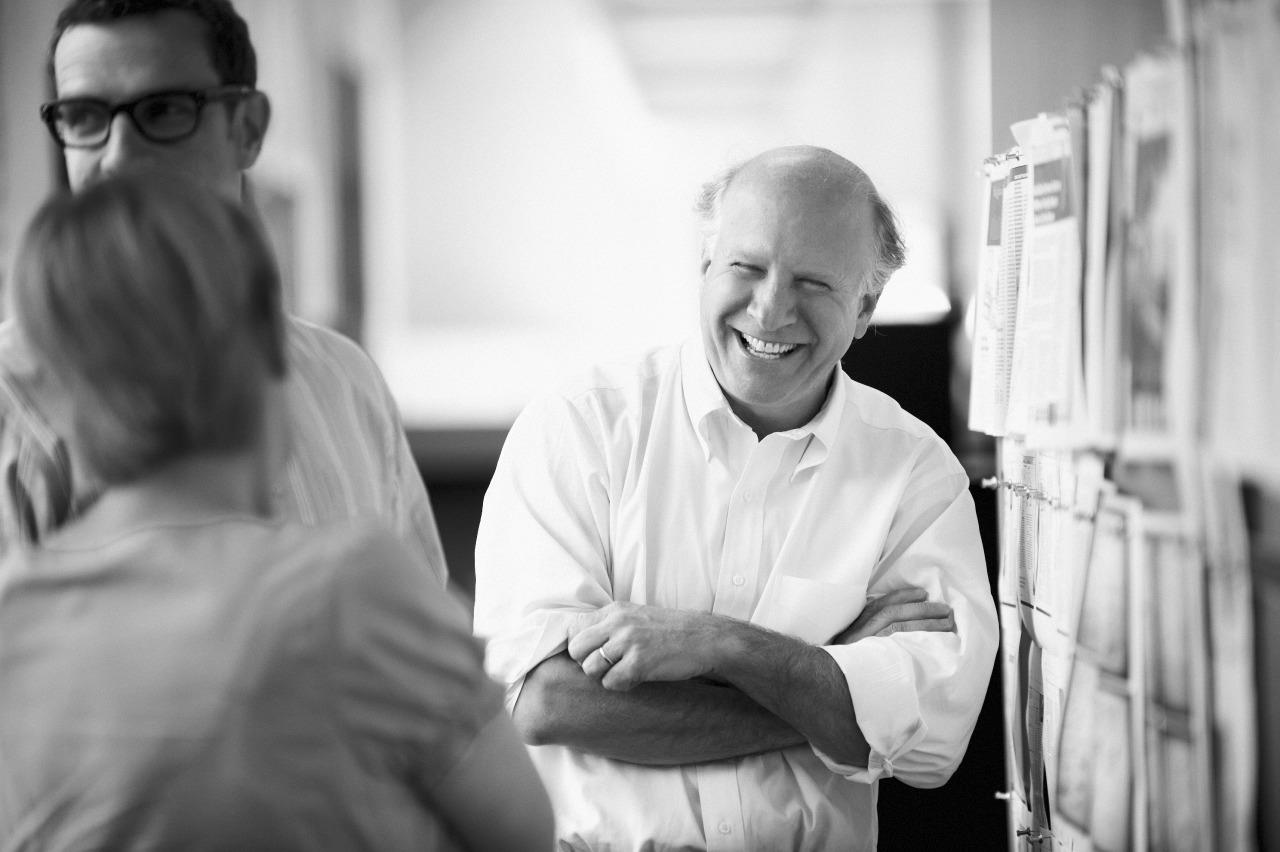 Does this mean the audience has also changed since 2009?

It has. It’s grown by definition. Our print circulation is now close to 300,000 copies, the highest it’s ever been. We have five million uniques coming to the website. We are trying to make sure that print subscribers use the website, and that web people are aware of the magazine. We are in the second wave of innovation now. A lot of changes have to do with how people use our website. We are trying to push people towards an ‘all access’ subscription. We’ve made it relatively hard to just get print (this option is not even listed on the website), or to just get digital (also not on the website). Those are not the most popular options, anyway. People are willing to pay US$10 more per year for all access (two options on the website: print + online for $89 per year or print + online + tablet for $99 per year).

It makes sense because we are a multi-platform publisher. When we acquire ideas and commit to working with authors, there is a strategic plan in developing those ideas. One idea can go from a blog post that gets a huge response, to becoming an article in HBR’s print edition, to becoming a book that we publish. We produce two-dozen books per year. Sometimes we acquire a book author and test his ideas across all platforms: blogs, multimedia articles, interviews, podcasts. We think long term about how one idea can play out.

Your audience primarily is c-suite executives. What is your most important platform to reach this audience?

Good question. The magazine is still an iconic showpiece, but readership has been changing rapidly. The growth of our website audience is impressive, and ever since we re-launched HBR.org in November 2014, the audience has become increasingly mobile. I don’t think print will go away, but a lot of people are making the transition from print – to digital – to mobile.

How do you work on social media, having such a sophisticated audience?

In a pretty straightforward way, but we do it well. HBR’s content is shared more than, I think, anyone else’s among business titles. It’s incredible. We are on Facebook, LinkedIn, Twitter, Google+, and Pinterest. We figured out how to push our messages out so that they won’t get lost. A lot of our success on social media is possible because of the value of the brand. We are 90 years-old and have been successful throughout, people trust our content. We create digital assessments about company strategy and career management that help you judge your skills and attitudes. These tests are interactive and engaging, they get a great response.

You mentioned that HBR is in a second wave of innovation right now. Tell us more.

The first wave of innovation went really well. We judge that in a number of ways. Circulation increased, although print advertising has declined, digital advertising has made up for that. Newsstand sales took off in 2010 and they rose every year, five years straight, to average 40K copies on the newsstands per issue, at $17.95 per issue. Our magazine is expensive, and newsstands themselves are disappearing, but our sales have grown.

HBR’s second wave of innovation is driven by two main things. The first and boring reason is that print advertising is declining and we don’t see it recovering. The second reason is more interesting. Readership habits are changing. There is a trend of consuming complex, long – form material digitally. In the next year we will unveil a new HBR offer, which is a different mix of products and services. There will still be print. There could be fewer print editions, but we are going to be producing a lot more content overall. Readers say they want more examples of ideas in practice and practical takeaways. That means we will be creating things that we didn’t do before. Digital assessments are one example of that type of content. Slide deck versions of articles are another great example. Subscribers to print and online editions get access to this database of PowerPoint presentations that they can use in their own preparations. We are experimenting with some other things.

What is your take on video?

Our video strategy at HBR is to do a lot more video than we are doing now as another way to display our content. What has worked for us lately are animated graphics, explaining ideas in a quick digestible ways. Those perform better than traditional video. Q&As with company leaders are also popular, especially on social media. At some point we may even try to do HBR programming.

HBR publishes a lot of research studies and white papers. Is the newsroom in charge of this?

The editorial team does not create white papers because they usually have sponsors. Research is conducted independently. This business adds significantly to HBR’s overall ad revenue numbers.

We also do a lot of webinars. One type is an audio webinar, often with an author who has published a book with us, and who wants to put his idea out on a new platform. Webinars are popular and sometimes sponsored. We also do live events, in locations such as London, Washington, DC, San Francisco, Boston and New York. Usually, it’s me on stage with a CEO and we talk about case studies and practical advice.

Events are a benefit to subscribers who can attend in person. We are doing some larger scale events too. We hosted Harvard Business Review Summit 2015 in León, Mexico, and we are planning to do an event in Colombia next year. Subscribers and partners can sign up to watch events live, or go to the archive section and watch them later. Events are usually sponsored, which adds to our revenue, but this is also another way to push out our content. We would like to do more events, but this is a crowded market so we are working on some innovative ideas how to make our offers different.

Please give some examples of successful advertising formats that HBR came up with?

Surprisingly, one of the most successful formats for us is Insight Centers, a series of articles dedicated to one topic, which are sponsored by one company. We publish an article a day, and by the end of the month you end up with a full range of ideas on that topic. A lot of our advertisers find that more interesting than just run of site. The newsroom acquires and edits the content. This spring we launched our first experiment with native advertising with GE. We waited this long because we wanted the market to develop, and because we are a publication linked to a university, where ideas have to be timeless. It’s a very high bar for what we publish, but I’d support doing more with native as long as it’s well written, and presents readers with good ideas.

Harvard Business Review exec on the anatomy of high-quality content

Harvard Business Review’s editor on staying true to your audience