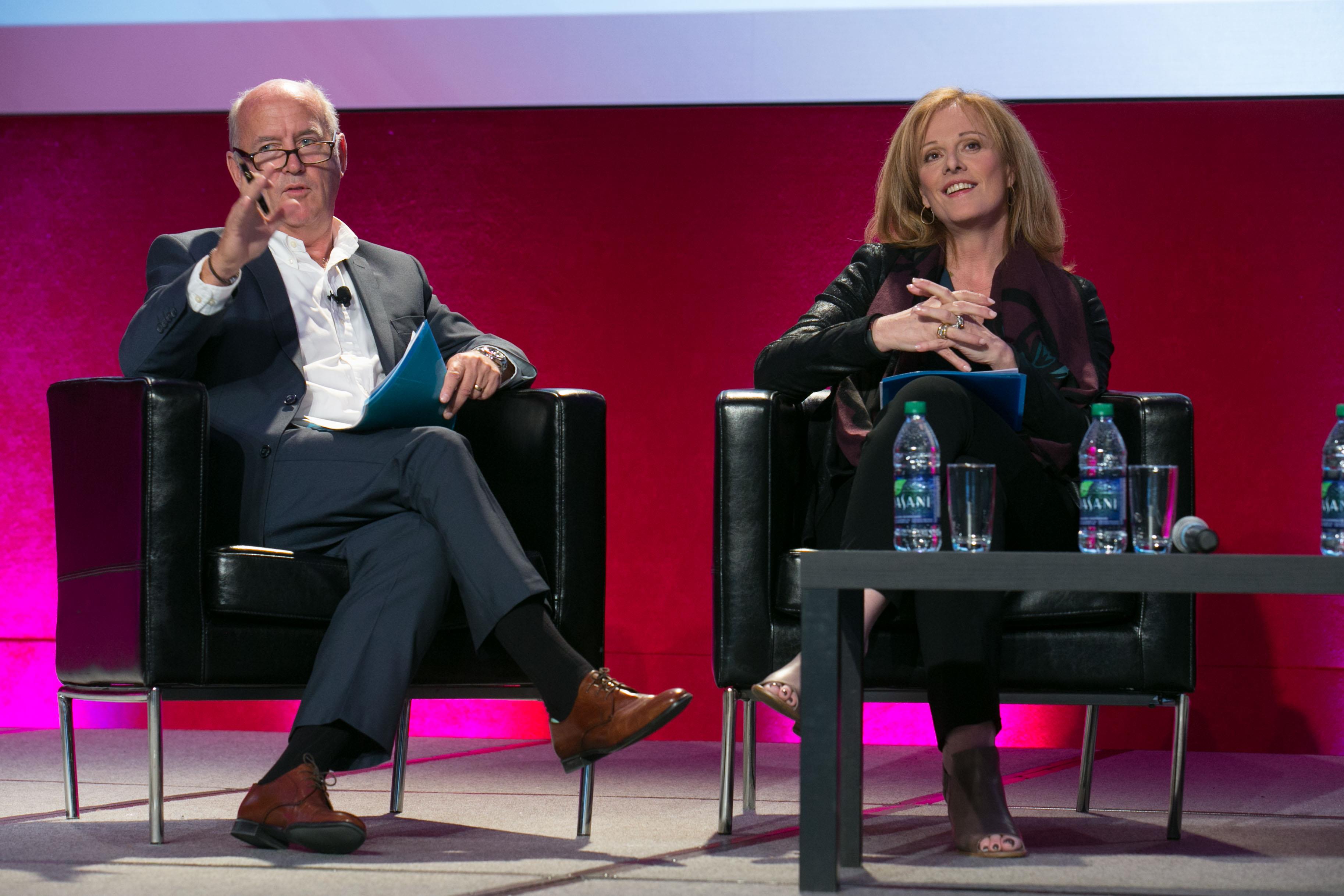 Reeves started off by saying she believes print publications are still the best jumping off point for any aspiring publisher. “[Print magazines] are still important because they are physical and in the world,” she said. “The immediacy of a print publication in the home can drive business.”

That being said, Reeves appreciates the power of an idea that can work across platforms. And with a combined reach of about four million people a month, House & Home Design media tries to use as much of its footprint as possible with each project.

Perfect projects what Reeves calls those ideas that can reach across all platforms. For six years, House & Home Media built a house and the process was featured across all platforms at their disposal. The project attracted secondary media, raised money for cancer research, produced video content and brought in 50,000 people over the six years to view the houses.

“Advertisers felt great, staff felt great,” said Reeves of the project. “It really put a halo over our brand. It was a win-win for everyone.”

The conversation shifted next to Reeves number one rule for success in publishing. She believes that product must always come first and that marketing can come later.

“If you ever find yourself avoiding your own products then you know you have a problem,” said Reeves. “If something is bothering you then it is bothering the consumer.”

She explained that even she sometimes has to force herself to look at something to get on with her day and work on fixing the problem.

She touched on the issue of native advertising saying that while it could be done properly, it was often a nightmare and not something that consumers wanted to see.

As far as what consumers do like to see, Reeves takes a slightly different approach from bigger publishing companies. She said that while many larger companies are downplaying the personalities on their team for fear of eventually losing them, Reeves sees the visibility of the content producers as a strength.

“People want to recognise people,” she said. “We get to build a connection with readers.”

The digital space has also allowed House & Home Media to expand its reach beyond the Canadian border. Reeves also said that she understood the limitations of the internet as a platform.

The chat ended with Reeves looking forward to what’s next for the company. “I’m looking for something to get big fast,” she said. “I kept it too self-contained for too long. I’m a control freak.”

Monetising mobile content in an ad-blocking era – advice from Unruly