At DIS 2019 Jonathan Dorn, chief innovation officer, Active Interest Media, will explain how the company has achieved significant growth by developing new propositions which in turn have insulated the company from the recent downturn in display advertising revenue while inspiring new levels of growth.

Here, he gives us some of his personal history and highlights the key moments when AIM knew it had to look beyond traditional revenue sources.

Tell us a bit about yourself. How do you end up in the management position at AIM?

I was freelancing and ended up working for a magazine called Backpacker. In 2007 AIM acquired Backpacker and moved us from Pennsylvania to Colorado. Over 11/12 years I have served in a number of roles starting on the editorial side, but then moving into a digital position with an element of product development. I have managed different areas and gained experience of every facet of the company and its activities. As chief innovation officer I have a pretty broad portfolio with oversight of all of our departments, including our video studio, the marketing services agency and online education. I also work in the mergers and acquisitions team – we have made over 35 acquisitions and this is one of the main ways we grow the company. We tend not to launch things.

So in the early days was the company focused mainly on print, or were you alway proposing to grow a digital business?

Back in 2007, when AIM bought Backpacker, they acquired a print brand. Ninety-eight per cent of our revenue came from print. We had a small consumer event channel, but that was all. Part of the reason why AIM acquired us though was that we had a digital plan, which in those days was somewhat unusual. Print brands were looking at the web and thinking they could sell subscriptions from it, not looking at it as a way of extending authentic channels for content engagement or audience acquisition. So fairly quickly we launched a digital side with a significant investment in a strong website. Social media followed years later. We also experimented with on demand mapping and apps and of course events.

Across AIM we have 57 titles and 80 websites. The different brands have evolved at different paces over the years, but we have been in a mad rush in the last three to four years as the need to diversify revenue streams has become more pronounced with the ad dollars that used to go into legacy print/digital moving to other areas.

What then was the key moment that highlight to the management team that you needed to look for new ways of generating revenue?

The recession at the end of the last decade was a key moment. Our different product groups experienced the recession in different ways. We have Marine, Home, Equine, Healthy Living and Outdoor, and they all fared in different ways at that time. The Home group took a significant hit on the advertising side, while the Marine group –  not as much. If you can afford a luxury yacht you will probably always have enough money to buy one.

Importantly in the Marine section we had high concentration of events. That was a defining moment, we understood we needed to have diversity and focus on both consumer and B2B events which could be a form of insulation against economic turbulence. Starting around 2009 we made a strong push to develop and acquire events. We are now more than a 50 per cent events company by revenue. All five groups have consumer events and some have b2b events. 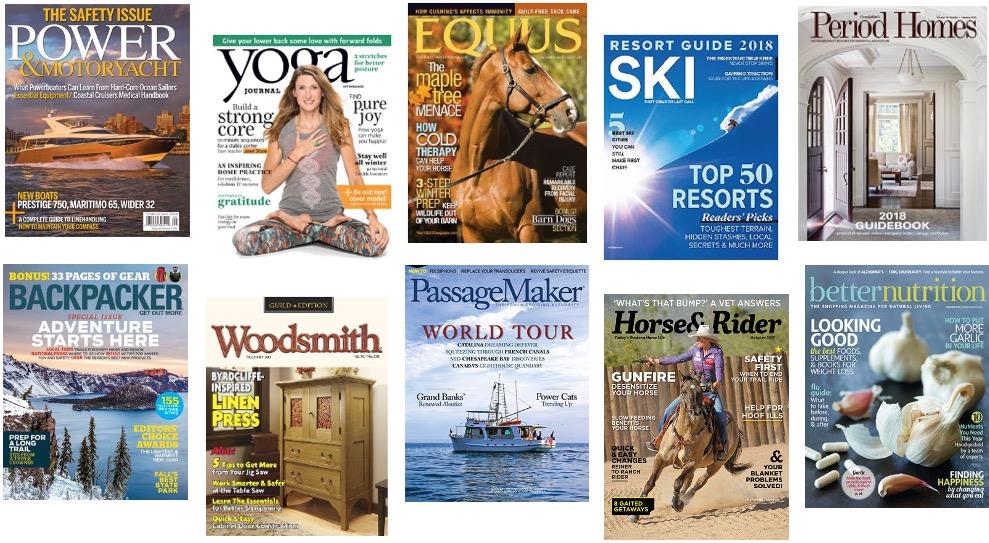 After events what is the next most important revenue stream?

After events our marketing services business, our in house agency, is the most profitable. It was launched in January 2016 and has thrived. I think the traditional ways of selling, and the traditional people that have been selling, are not necessarily the right people to take the business forward. Quite often the editors are the best people to have diverse relationships with marketing partners. This is something we have capitalised on.

The work the agency does is digital content marketing, lead generation, event activation, native and ad creatives, media buying, and PR. We are basically a full service operation.

What advice would you give to publishers in smaller European countries who might recognise some of the problems you faced, but might not have the ability to scale in quite the same way?

All of the initiatives we have started we have funded them internally and not taken an infusion of investment cash. We do however have many brands and a large cost base to pull from.

So I’d say to smaller companies ‘trust that you know your market, because the things that have been most successful for us have come as a result of being most engaged with enthusiasts in our space and understanding their needs.’ Here’s an example from the Equine group. Five or six years ago one of our publishers came up with an idea that at the time sounded kind of ludicrous. They said ‘I think we ought to start a business that provides roadside assistance and towing for horse owners.’

Some of us thought ‘we are in the business of making magazines and websites and putting on events – how does this work – it is an insurance business and we aren’t experts and have no tow tracks or customer service apparatus.’ What we did have was an audience of 800,000 horse owners and the publisher realised that they can’t access roadside assistance if they have a live animal. So he saw an opening for a specialised service addressing an urgent need. You might have a 50,000 dollar horse in 100 degree heat in Montana, so you need someone to pick you up quickly The business is called US Rider. I think in every market there is some version of this. Part one is knowing where the needs are, and part two is having the confidence, and the permission to go outside what feels like the proper boundaries of media.

We are also putting in a lot of effort into redefining the subscription model to make it more of a membership and marketing services model. Our dream is to provide an interesting enough mix of magazines, gated content, swag, event tickets and VIP access to our editors to create a monthly membership model for consumers that replaces the broken system of direct mail and subscriptions.

To smaller publishers I would say ‘don’t be afraid to take chances when you have a loyal following as they will continue following you as long as you are innovating in a way that makes you a better servant to them.’ That may include reducing the magazine frequency from 12 times to 8 times per year to fund the development of a new app or service. That is how we funded some of our innovations. The readers have given us the permission to change the frequency or form of the core magazine itself.

What innovations has AIM planned for 2019? Will you be harnessing technology to take you in new directions?

We are also planning to address membership on the advertisers side, trying to figure out packages that move us away from a traditional relationship with advertisers. We want to go out to market to partner with 20 advertisers who will get 100 per cent of our attention and who will get three times the rate card value of what they are paying. Rather than talking to us month to month they need to sign up for a year. The interesting piece from a tech perspective is that we are working on a self service platform. So if you are one of those partners you don’t need to speak to a sales rep. You can sign into your dashboard and choose what you would like to participate in.