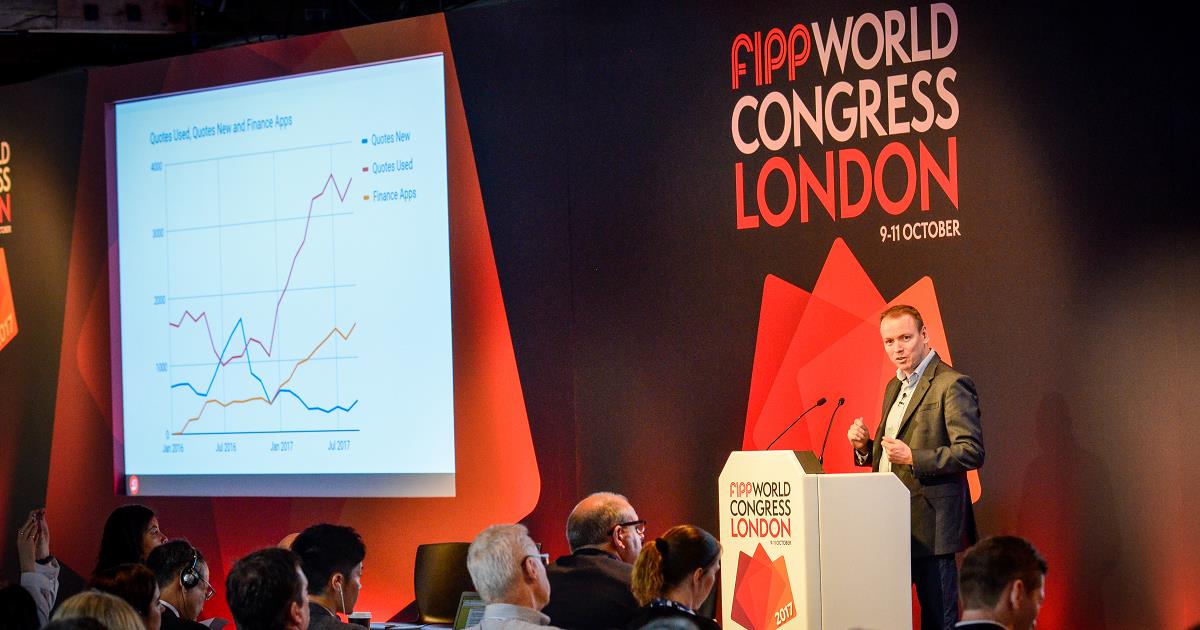 In less than three years Dennis’ BuyaCar platform has muscled itself into the sphere of being the market leading car purchase and finance platform in the UK. It’s not only revolutionising the way people buy cars but serves as an example of “how a publisher has become a proper retailer”.

Pete Wootton, Managing Director of Dennis Digital, told delegates at this year’s FIPP World Congress the decision to buy the BuyaCar e-commerce platform did not happen by chance. As a start, they knew that their existing brands like Auto Express, carbuyer.co.uk and the performance car auto magazine, evo, had large in-market car buying audiences with around 5 million unique users. “Each second of every day, three users visit one of our automotive sites for reviews, advice or deals. This was an audience we needed to monetise.”

On top of this they realised that the attitude towards buying vehicles online was changing, even buying vehicles online which buyers had never physically seen before. Research conducted in 2013 about these attitudes and repeated this year backed up this initial assumption. Responding to the statement: ‘I would be confident in buying a car online…’ 17.5 per cent of people surveyed responded positively in 2013. This year the number has risen to 35.5 per cent. Similarly, negative responses to the statement: ‘I wouldn’t buy a car without seeing it first’, dropped from 58.4 per cent in 2013 to 45.6 per cent this year.

The latest research, said Wootton, suggested that 40 per cent of all cars purchased in the next five years would be bought by millennials. “These are people who have been buying everything online. They grew up in a digital world and this trend will continue to grow. So why do we assume they will go to a car dealership? They won’t. They are going to buy cars online in the same way that they buy everything else online.”

Wootton explained that they set out to achieve five simple steps with the BuyaCar platform:

– Strike commercial deals with car dealerships to allow BuyaCar to advertise their existing stock; – Promote the stock to Dennis’ audience of in-market users; – Arrange finance, part exchange and other products to potential buyers; – Deliver the cars to each customer’s home; and – Build a following of happy customers.

One of their first initiatives after buying BuyaCar was to rebuild the site, mainly to make it mobile responsive, which constitutes half of their traffic. They then applied for an FCA licence to authorise Dennis to sell loans and financial products to consumers. These products include finance deals from providers such as Barclays, Close Brothers, Alphera and moneyway.

The growth of BuyaCar has been astounding, said Wootton. Cars listed on the platform rose from under 5,000 in December 2014 to almost 50,000 in September this year. The number of used cars sold and delivered rose from insignificant tens and twenties to 320 in October this year, “which means we are a publishers who have become a proper retailer”.

While revenue on car sales constitute commission of around £750 to £800 on average per unit sold, revenue received from finance commission is also significant, said Wootton. This has risen from under £40,000 in January 2016 to £170,000 in July this year.

Wootton said that while BuyaCar is now an important part of Dennis’ revenue diversification initiative and assists with brand extensions that tie back into existing portfolios, it is also a great example of a product that gives consumers exactly what they want. “People prefer to transact like this and we have even been referred to as ‘the Amazon of car buying’”.

There have been setbacks, he admitted. While used vehicles are showing good growth, new vehicle sales have been sluggish. Lease options are also slow to gain traction. Yet, with between 7.5 and 8 million used cars sold in the UK annually, there is an enormous potential market out there, he added.

Wootton predicted that the future growth of Buyacar will see an even larger investment in the used car market but the new, lease car and van market will also be pursued. The platform opens up the possibility for future partnerships with vehicle manufacturers, finance institutions and insurance companies while licensing their technology, platform and know-how is next on their expansion list, he said.

You can see Pete’s presentation here.