Orange magazine was launched in 2004 and went online in 2012, explained Mariell Raisma, executive board member of the European Youth Press and supervisor at Orange Magazine.

Raisma explained that Orange magazine publish approximately 10 times per year depending on the events. Their team works as volunteers and covers major media events, most recently at The Digital Innovator’s Summit in Berlin in March. “Generally, young journalists don’t have access to this kind of event, to help understand how the media is changing,” Raisma said, speaking of DIS. 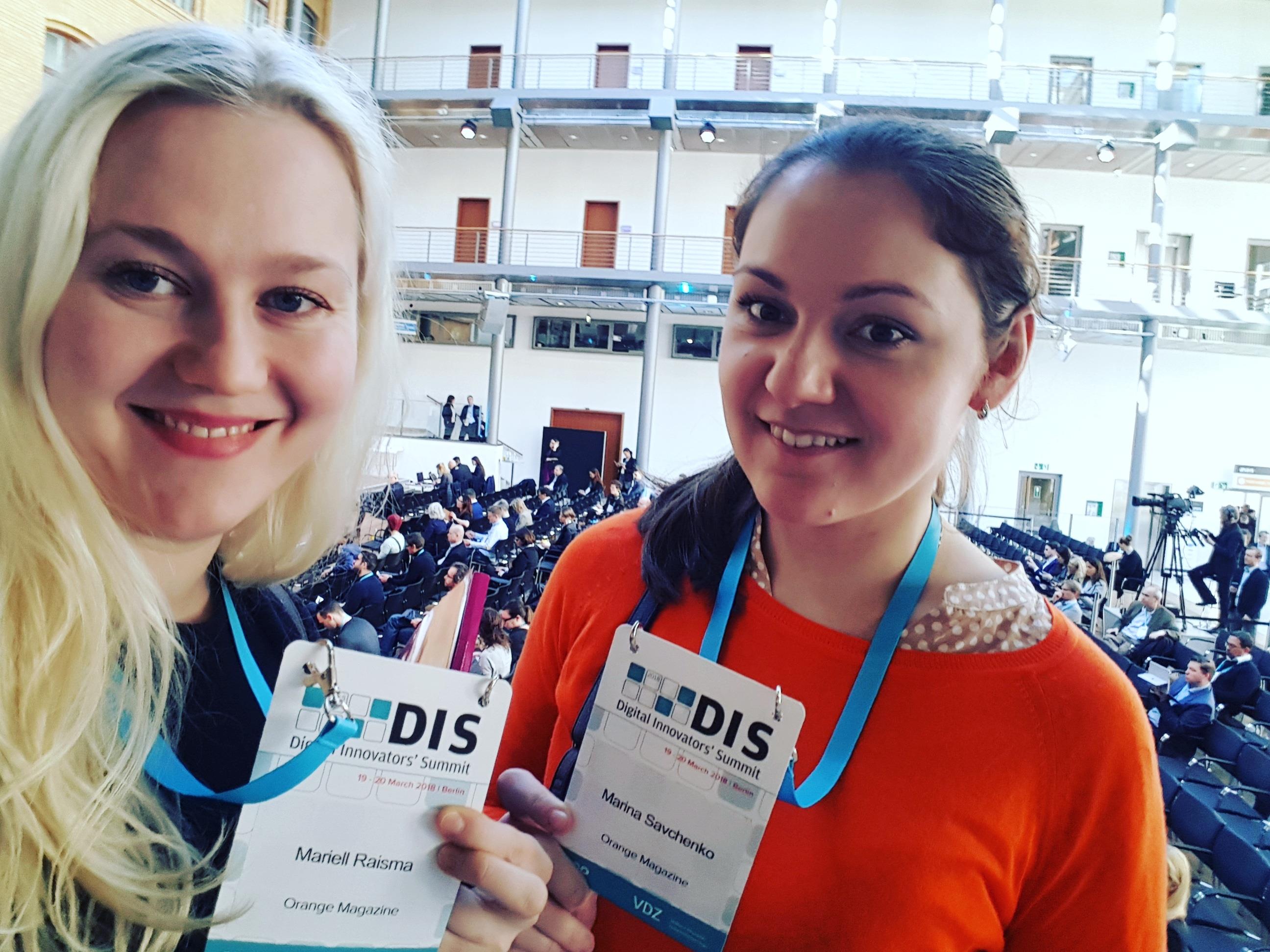 In the past, Orange Magazine volunteers have covered Media Days in Brussels, and Deutsche Welle Global Media Forum. Each issue of Orange Magazine focuses on one of these events.

Currently they have 12 active volunteers, who all contribute in different aspects to Orange Magazine, such as social media coverage, seeking out the most interesting events and contacting with them as well as covering them, Raisma explained.

“It’s very easy to start working as a journalist in your own country and stay there,” Raisma explained. “But it is important for emerging journalists from the EU to understand the bigger picture – how the media industry is changing and which are the emerging trends – because they will be the ones who are running the media business in future and to make the wisest decisions they need to learn from the best. It also helps them to find mentors and inspiring colleagues around the world with whom they can cooperate for different projects.”

She thinks the approach that Orange Magazine takes – that of educating young journalists and exposing them to the media industry on an international scale – has worked successfully because it has been led by passion, energy and curiosity of the young journalists, who see an exclusive opportunity in learning from media professionals.

For young journalists, volunteering for Orange Magazine also gives them an understanding of the current media landscape and a feeling of belonging, Raisma said. The experience at Orange Magazine has enabled them to get positions in media and helped build their careers.

The online publication is a project of the European Youth Press, a network of 27 youth media organisations (and several committees) across Europe, reaching more than 60,000 young media professionals. “It is a democratic, non-profit institution, founded and controlled by young media makers, with hundreds of enthusiastic, dedicated, active organisers, trainers, volunteers and a handful of paid project workers, all between 20 and 30 years of age,” according to its website.

“The main aim of the EYP as well as its member organisations is to inspire young people to involve themselves in media and take an active part in civil society, by fostering fair and independent journalism.”