It is a fact that Oliver von Wersch, MD, G+J Digital, Germany, certainly isn’t proud of. And at today’s Digital Innovators’ Summit, von Wersch spoke about how G+J is at the forefront of the battle to regain the initiative from Adblock Plus and its rivals. 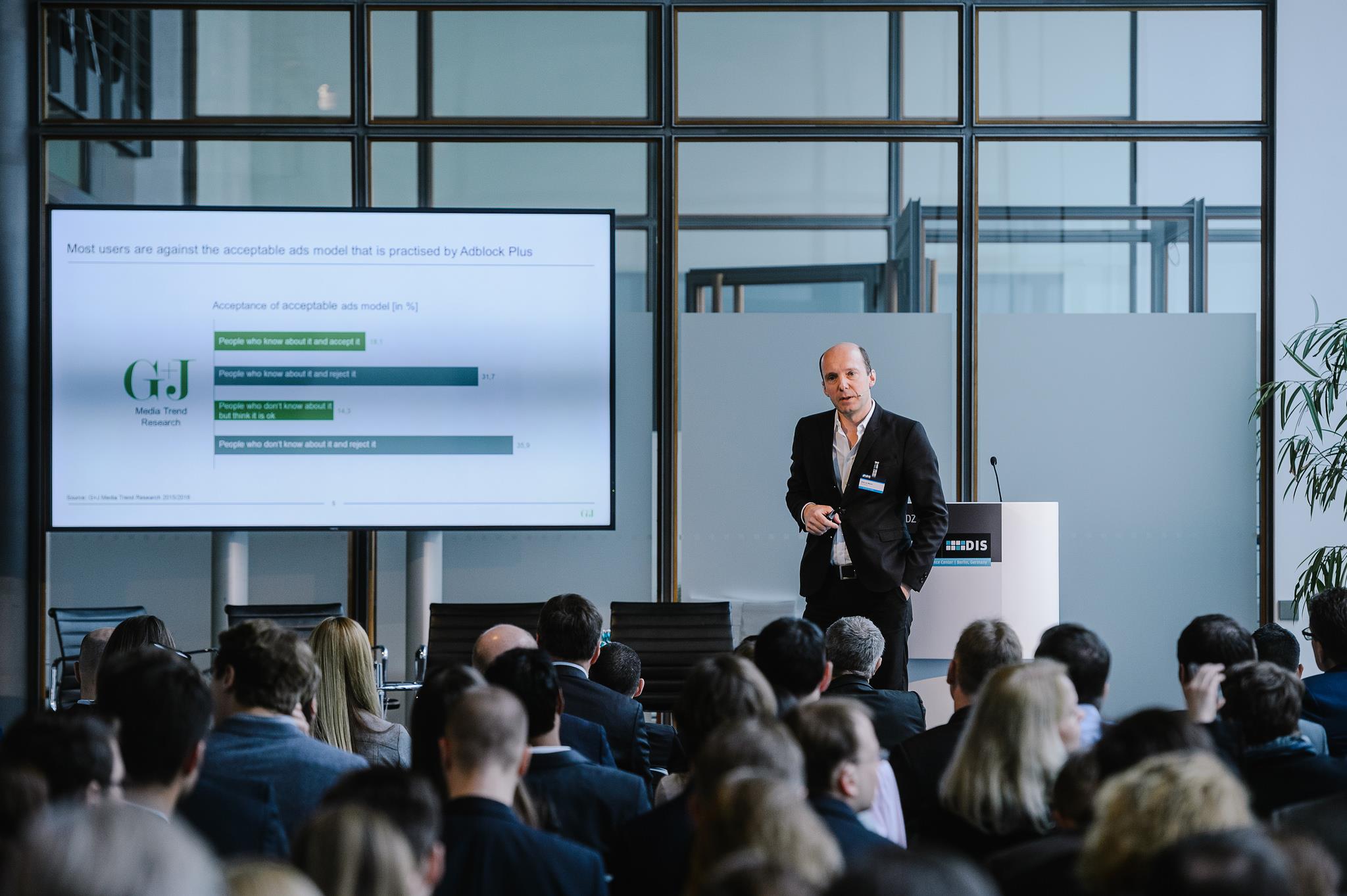 von Wersch began by saying he works from the premise that “high quality journalism costs money and it needs to be paid for either by advertiser or the user.”

“Ad blocking disrupts this business model,” argued von Wersch. “In our B2B communications we highlight that ad blockers are doormen of clubs they don’t own.”

He then went on to talk about Eyeo, owners of Adblock Plus, and their business model. “They are not about making ads better, but getting money from publishers. They already deal with large companies who pay them to whitelist ads through. Things that are potentially illegal have to be addressed as illegal and this has coloured G+J’s approach.”

von Wersch pointed out that Adblock Plus has 60 tech guys working on ad blocking. “They actively address our ads, attack our video player. In some ways they have better communication with the user than we do and we have to fight against that.”

Oliver said he disputes the value chain of ad blocking. He said that 20-30 per cent of G+J’s ads are blocked. Also that Google is paying Eyeo to whitelist its ads. “Google is positive about publisher communication,” says Oliver, “but they are financing our opponent.”

G+J asked 10,000 of its readers what they know about Adblock Plus? The research showed that the average user unaware of the Adblock Plus modus operandi, and only 18 per cent know and accept that Adblock Plus whitelists ads and makes money from this.

von Wersch then explained that G+J was testing different ways of responding. Firstly user communication – in other words using popups which message the user and explains how to switch Adblock Plus off. Some sites let the reader on to the sites, while others barred them unless they switched the ad blocker off. Another option being explored is limited access – some sites only offer daily or weekly passes.

Technical circumvention, in other words the recovery of ads, is another approach and as Oliver admits this works well on pre-roll video, less so on display advertising. Recovery is quite complex, forcing ads through isn’t easy.

von Wersch said that “publishers need to try as much as they can to get back the dialogue and see what the reaction of the users are.”

So far G+J has been successful. Typically the strategy has reduced ad blocking rates – usually between 20-40 per cent depending on site. The most successful one was the site Essen und Trinken, with 38 per cent of ad blocking system users switching if off. Users can’t see the site unless they turn the blocker off.

“2016 – will see publishers get the communication with the user back,” predicts Oliver. “Legal proceedings will take time, but are on a positive track. Basically we believe that ad blockers are illegal solutions and we need to ensure that tools that enable publishers to do the right thing become available.”

Oliver concluded by saying that “Adblock Plus is not a part of the value chain – it is a clear opponent.  Many users are not aware of the impact of ad blocking, and things like malware tracking and retargeting. We need better ads, but we need to ensure too that people understand that journalists are paid by those ads.”