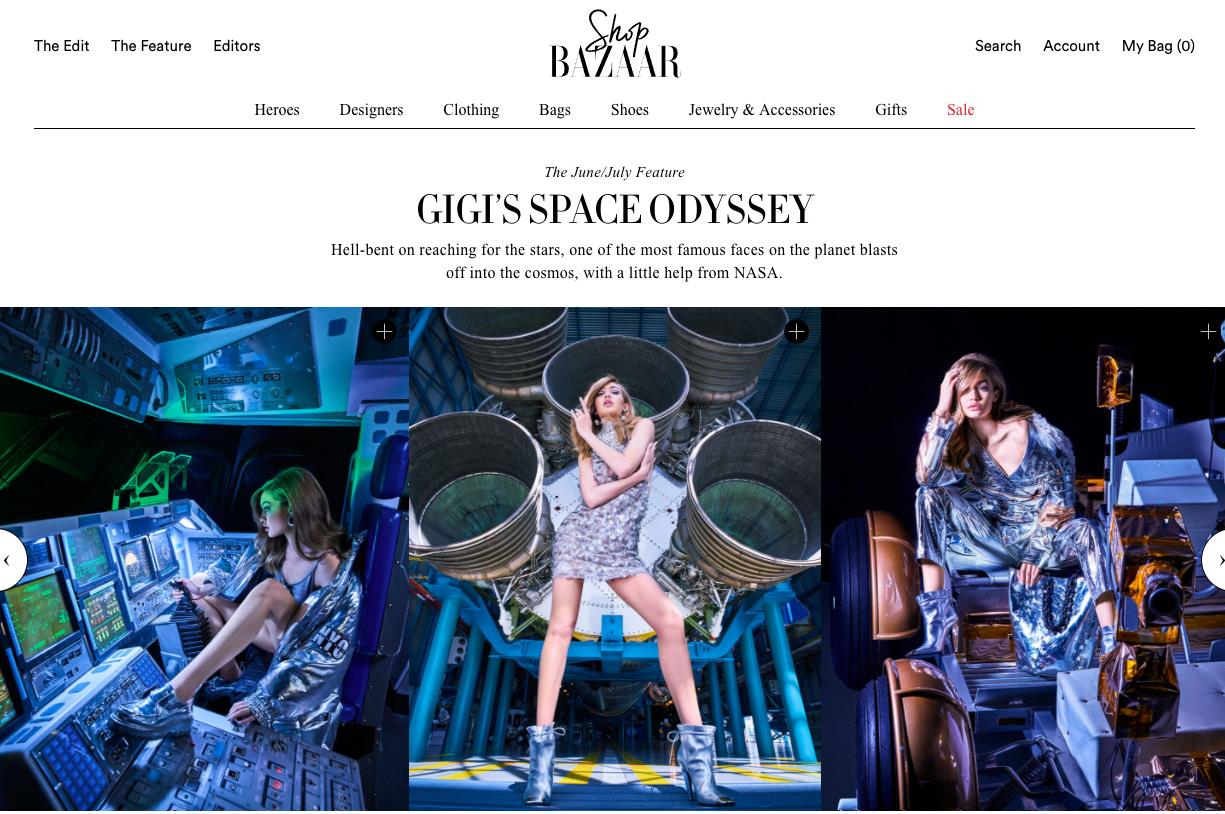 The site, which originally launched in 2012 as a shopping companion to Bazaar magazine, transformed in line with new market demands, according to Katie Hobbs, ecommerce director of ShopBazaar. “Since 2012, a lot has changed in the fashion commerce landscape,” she explained. “You have the big guys like Net-a-Porter and FarFetch, and we can’t compete with that, but what we do have is 150 years of amazing fashion authority.”

Ecommerce platforms may not sit well for all publishers, but ShopBazaar has three elements that help them in a competitive marketplace, Hobbs said. “We were lucky because we had a brand, we had an audience, and we had a distinct voice,” she said. “Right out of the gate we were able to capitalise on that and channel our audience into ShopBazaar.”

ShopBazaar didn’t want to be everything to everyone, Hobbs said. It is focused on its roots at Harper’s Bazaar, its niche, and being what its readers wanted it to be. 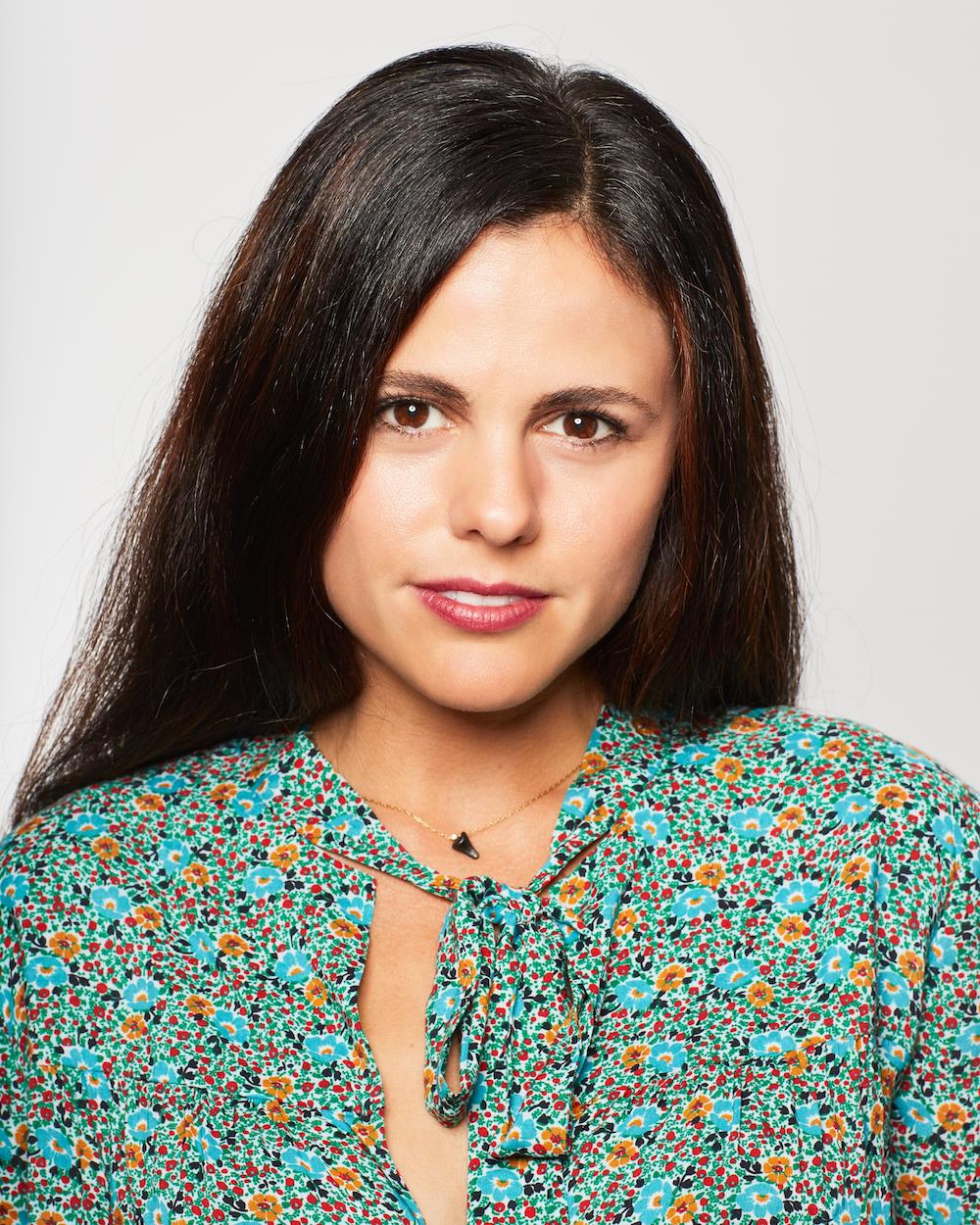 So, with the help of creative agency Wednesday, ShopBazaar pared down their retail partnerships from 150 to 10, and refocused on offering their audience an edited experience. “We’re not going to have 100 pairs of over-the-knee boots, but we will have the best ones that our fashion editors selected for our readers,” she explained.

The new ShopBazaar features highly-edited, shoppable content tied directly to the content on Harper’s Bazaar pages, and mirrors the aesthetic and magazine’s approach: offering premium, often exclusive merchandise, hand-selected by Bazaar editors. Each month, they carry between 50 and 150 products from casual and couture, and use the magazine as a catalogue.

In ShopBazaar’s case, it’s about trying to bring something to their readers they might not get or find in other places, whether that be from Gucci, Givenchy or unique trend items and luxury cosmetic products. “To be able to create beautiful and inspiring content and then take the reader seamlessly online to be able to acquire and act on that inspiration is a beautiful thing,” Hobbs said.

Having a completely seamless content-to-commerce emarketplace works for Harper’s Bazaar as an alternative revenue strategy, Hobbs explained. “We take a commission from our retail partners, but we also do a lot of sponsored programmes with our advertisers, so between the two revenue streams, it’s a nice story.”

This year, Hobbs revealed, the ecommerce platform will do close to US$5 million in retail sales, of which they’ll get a percentage. It’s a blip on the radar when compared to big online retail giants like Net-a-Porter or FarFetch, but it’s a successful strategy for Harper’s. 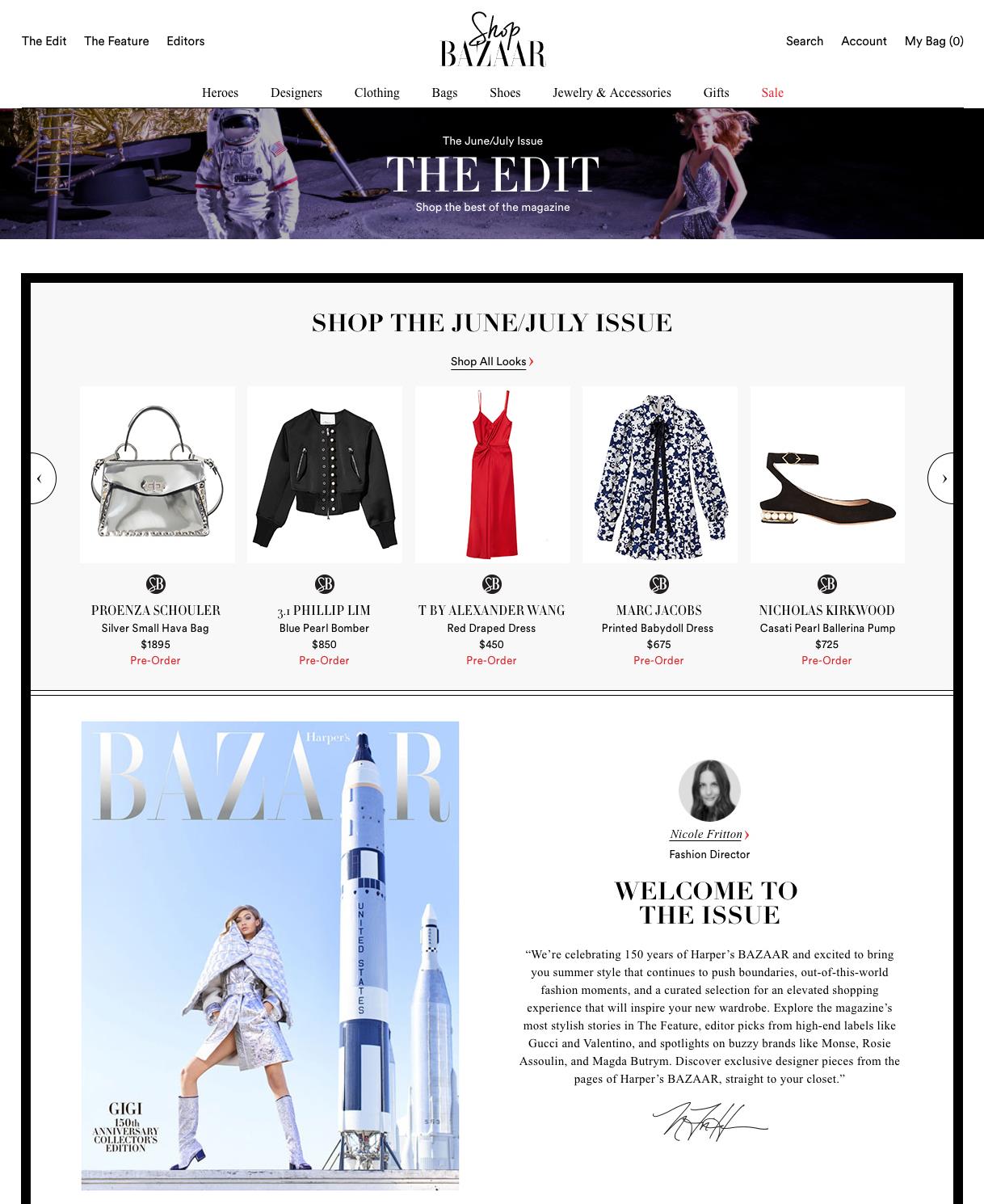 The new site, which Hobbs compares to a startup within the larger Harper’s Bazaar brand, includes features like a new logo and adaptive design to match the aesthetic of Bazaar’s visual legacy.

The site has some visually appealing highlights: The Feature, a digitally shoppable story on the front page, and The Moodboard, an interactive and sharable behind-the-scenes look with stylists. ShopBazaar also plays host to content about the items, the editors, where pages of the magazine are digitally re-imagined. 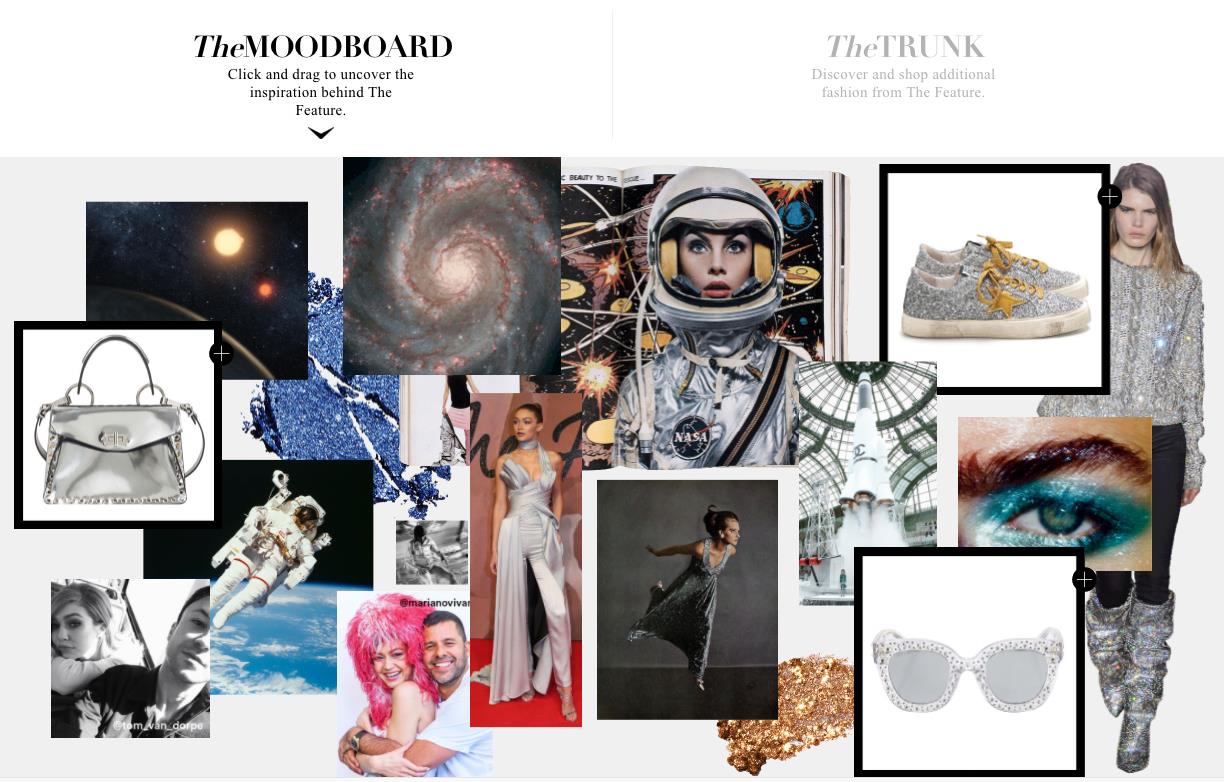 Power of the ‘original influencers’

Each week, Bazaar editors pick a must-have item of the week; style it and shoot it. “For our readers it’s nice, not only do you see this beautiful shot of the product, but you also have these editors, the original influencers, styling it in their unique way,” Hobbs explained. “That has been really successful and every Monday, we update the site with a new Hero item and we send out a newsletter about it.” 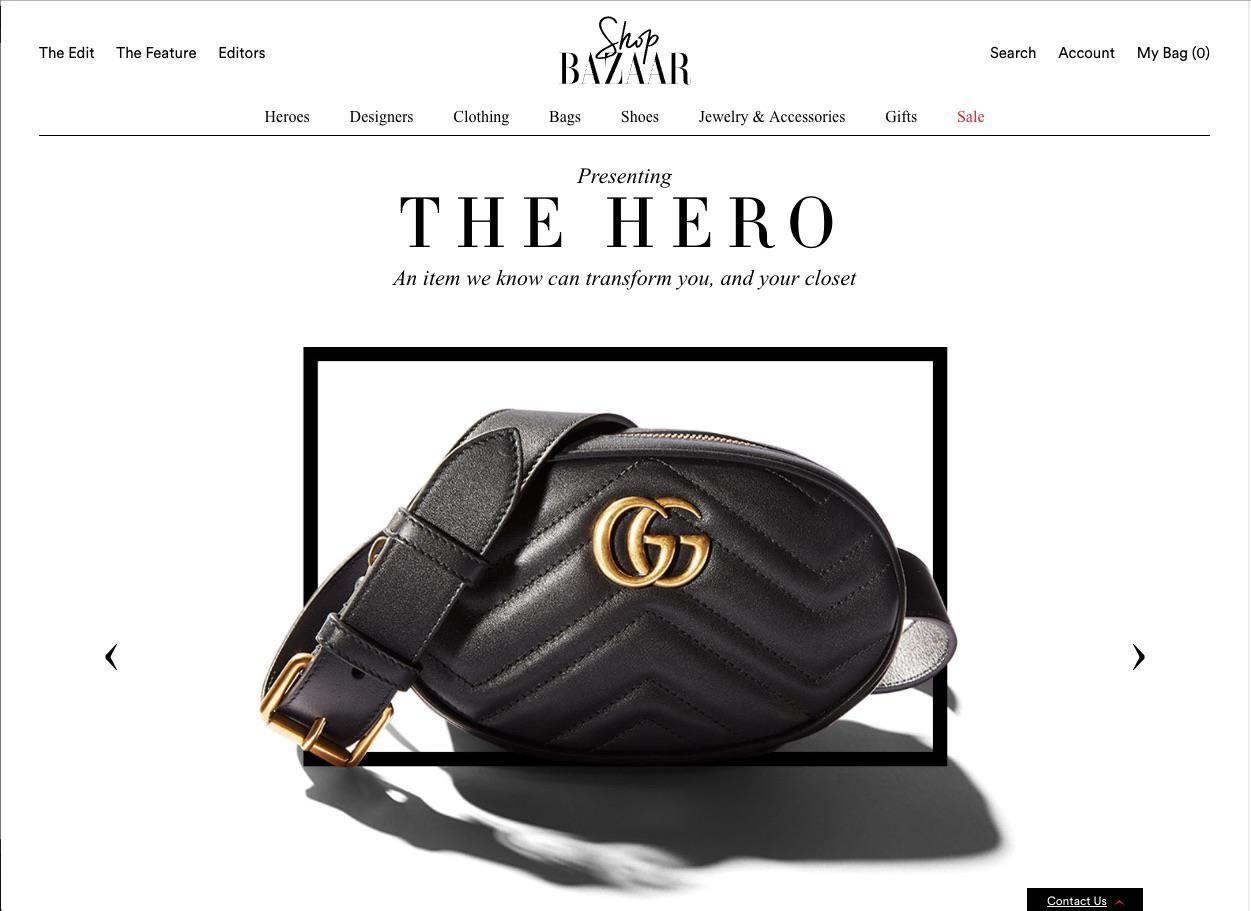 Advice to other publishers

Hobbs suggests for publishers looking to add an ecommerce platform to their revenue strategies, to stay focused on their audiences.

“As long as you know who your reader is, as long as you cater to the reader, your customer, you’re going to find success,” she said. “It’s so easy to stray off your path, especially when you’re dealing with fashion and designers – you tend to want to go bigger, you tend to want to have everything – and I think in this redesign, we focused on keeping it very distinctly Harper’s Bazaar.”

How Marie Claire is embracing a more diverse range of voices