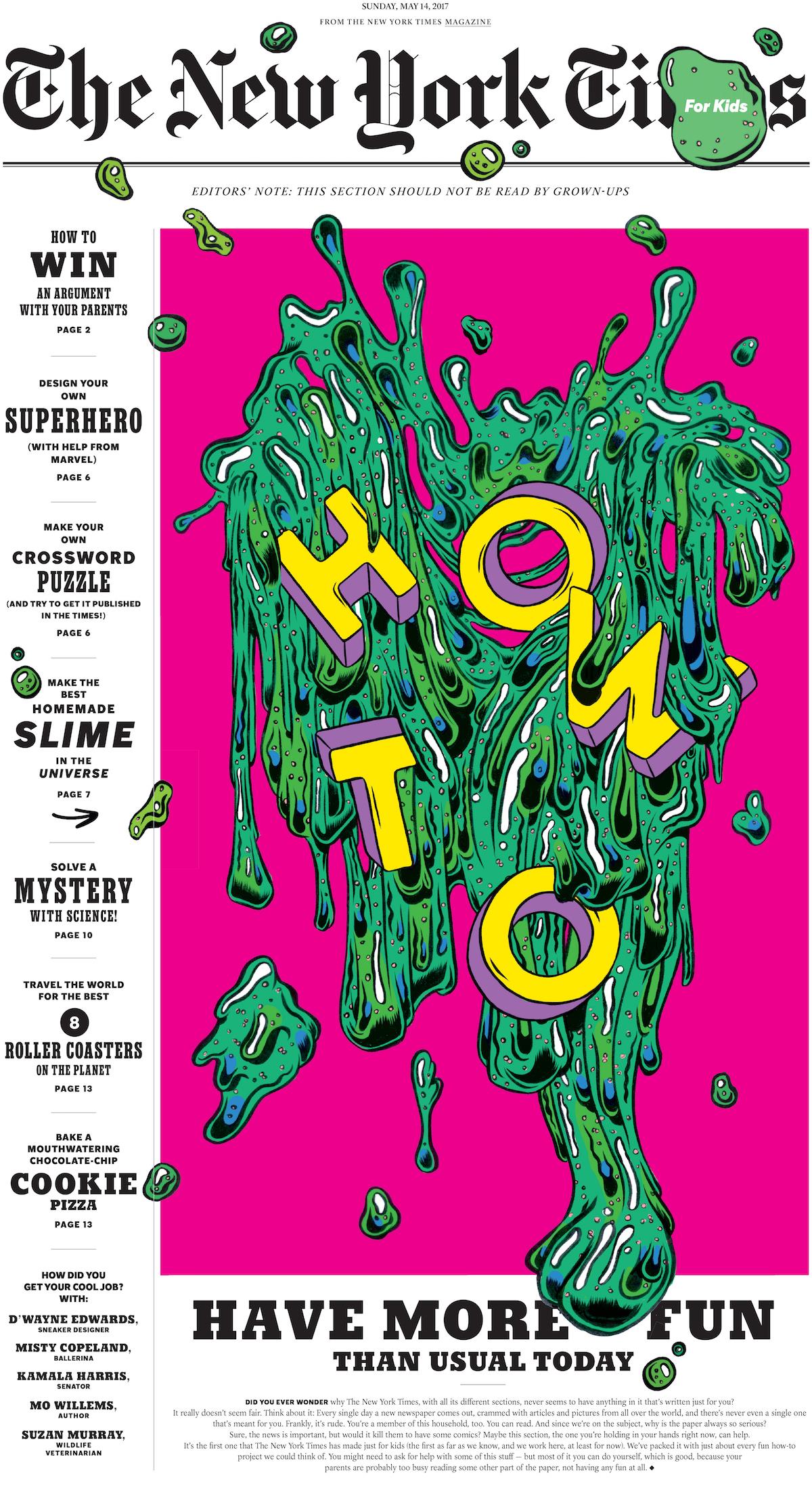 The kids-section was an exclusive section for print readers. As special projects editor Caitlin Roper put it, the idea was to create “delightful print-only gifts for readers.”

Jake Silverstein, New York Times Magazine editor-in-chief, said the special sections initiative aimed to connect with readers in a way that felt special. “We wanted to create something that was scarce,” he said. “We wanted to make these things only in print… these supplements whose aim is to surprise, to delight and to inform our readers in equal measure.” 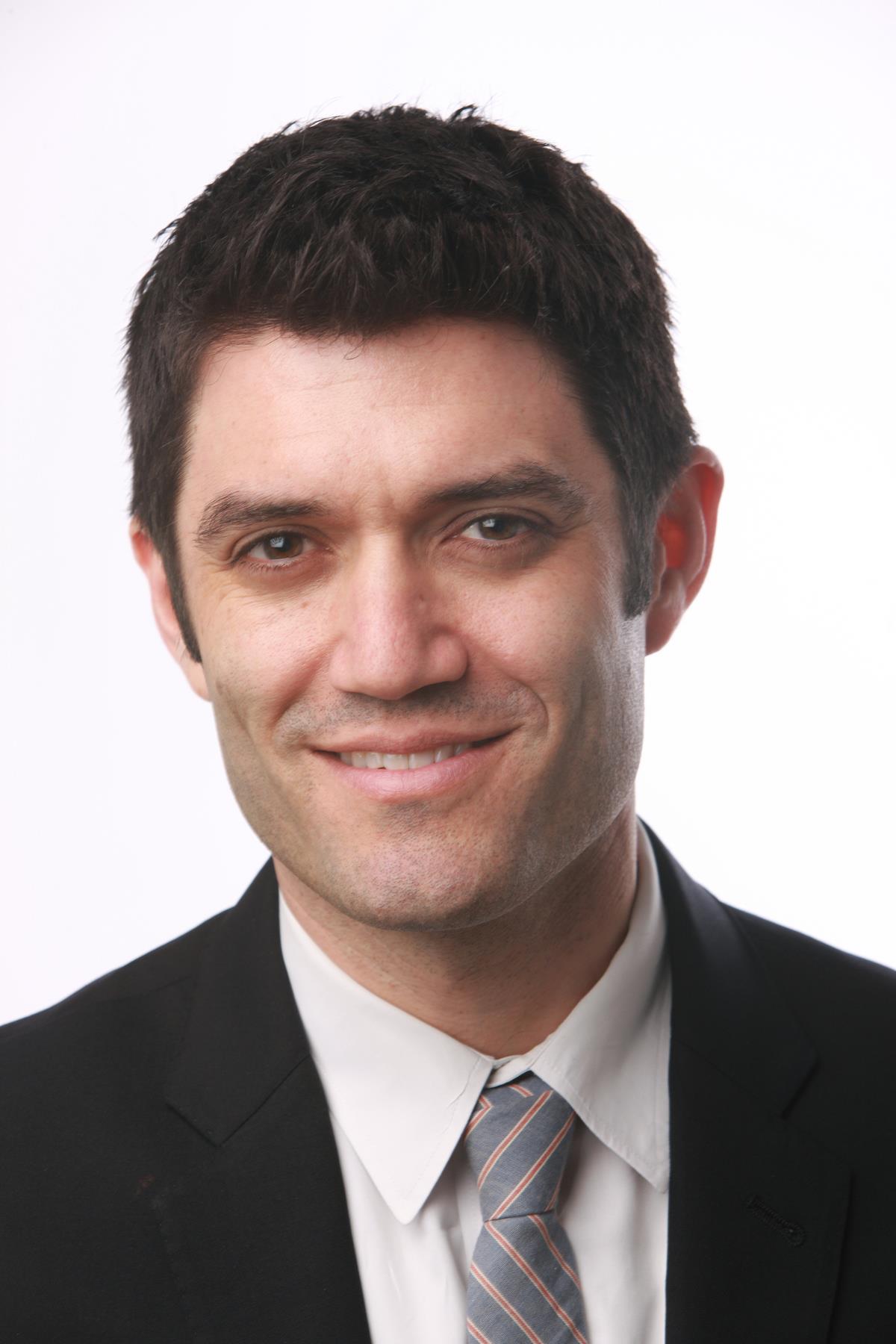 The first special print-only section was published in August 2016, according to Silverstein. It was an excerpt from Colson Whitehead’s “The Underground Railroad,” which went on to win the National Book Award, he said. The next special section was published in December 2016, and was called Puzzle Spectacular – a section devoted entirely to puzzles (including the largest crossword puzzle in the history of The New York Times).

The New York Times Magazine staff quickly discovered their kids-section idea had been floating around the New York Times for years, and many people had different ideas on how to approach it. “There were a lot of different ideas in the beginning,” Silverstein explained. “Whether it should be more content just for kids, or whether it should be content that’s about current affairs and news, or what age group the stories should be aimed at. We took some of that and incorporated it into our thinking.”

A kids-centric special section was something The New York Times Magazine had never done.

“If you asked kids, one of the main problems with The New York Times is that it doesn’t have comics,” he said.

Silverstein told the Times Insider the section was driven in part from his own experience to get his kids to read The New York Times, “see how they respond to the normal paper, what they like and don’t like, what piques their interest.”

“We’ve done 160 years of stories for adults,” Silverstein said. “We’ve done lots of different kinds of sections and magazines, and stories for grown-ups. Something we hadn’t really done is ever tried to make sections of the newspaper explicitly for kids.”

The novelty of the project appealed to them, Silverstein explained. They knew The New York Times was already being read, in print, via subscription, in family situations. Subscribers are generally married and have children, he said.

“The print newspaper tends to be subscribed to by people who are a little bit older, a little bit more affluent, so it makes sense that this paper is sitting on a kitchen table, there’s parents and children,” Silverstein said. “For the most part, we think the newspaper we’re producing already is probably read by some particularly precocious kids, but it’s out of reach for the average 8-10-year-old.”

A kids section would draw children into the paper, but Silverstein said they thought parents would like it, too.

Largest crossword in history of NYT, now loose in the wild (shown with clementine for scale). pic.twitter.com/h6TuIjilIc

The section itself took inspiration from The New York Times newspaper. It had pages focusing on national, arts, science, travel, sports, opinion, and food.

“We wanted there to be an opinion page, just as there is the regular paper,” Silverstein said. “And for that, we thought it would be fun to have the opinions of kids.”

So, rather than ask a bunch of kids their opinions, they organised a trip to a local elementary school. Silverstein said Caitlin Roper, special projects editor at The New York Times Magazine, and Aaron Retica, a senior staff editor in Opinion talked to a Grade 4 class at P92 in Queens about what an opinion page in The New York Times is, and how they work with opinion columnists and outside contributors on the op-ed page.

All of the students’ opinions made it into the special section. (They’re the youngest Op-Ed contributors in The New York Times’ history, according to Times Insider.) 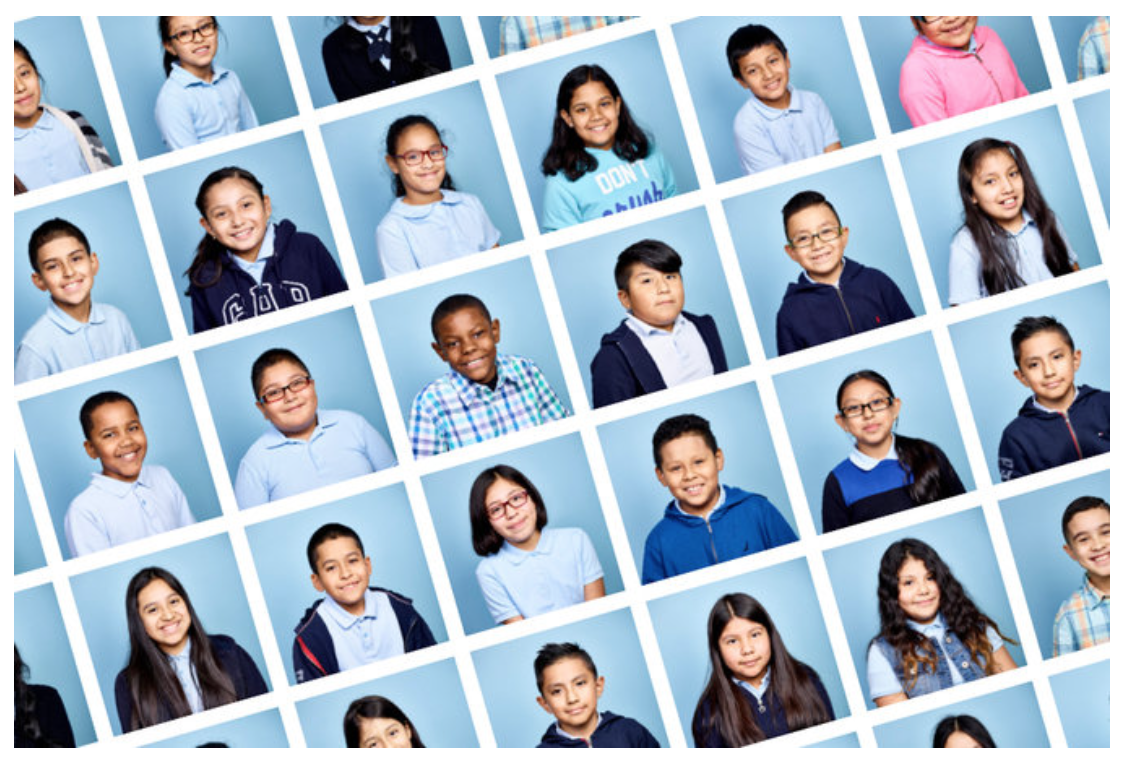 The opinions of fourth graders from P.S. 92 in Corona, Queens, appear in The Times on May 14. Photo: nytimes.com / Credit: Andrew T. Warman

The rest of the section was a visually-engaging mix of stories and features and photography. The section was largely made up of service and how-to’s for kids (like how to make slime) and one of the recurring features was on how grown-ups with cool jobs got their jobs, Silverstein explained.

“There were a lot of fun articles about that instruct you on how to make things, like how to make a geodesic dome out of the newspaper, or how to draw on photographs in the newspaper, or how to make a chocolate chip cookie pizza,” he said. “Those are all fun, interactive, kid-focused ideas. What we didn’t do was try to make the section overtly about current affairs. We decided we’d have our first foray into kids’ publishing be a little more emphasis on fun.”

The response to the special section was unbelievable from both kids and adults, according to Silverstein.

One third grader started an online petition asking The New York Times to make the kids section a permanent section in the Sunday edition, because he liked it so much. 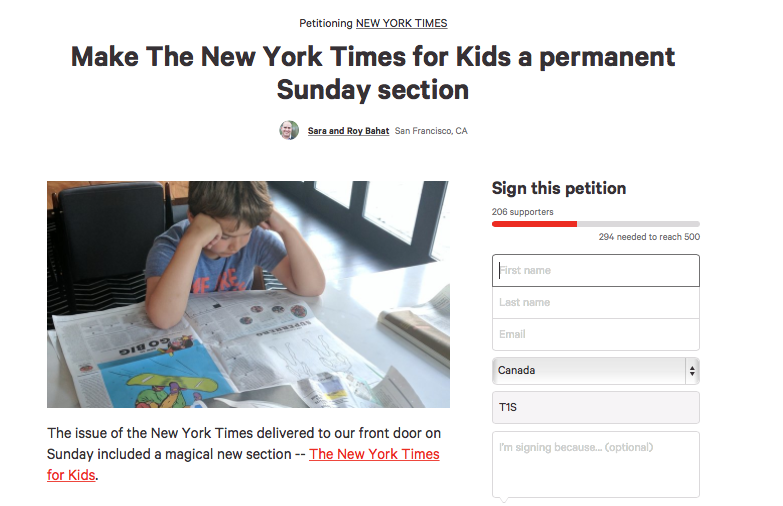 The New York Times Magazine was flooded with emails from adults, from kids, in all of the different email inboxes they have for reader responses, Silverstein said. People said they’d happily subscribe to the kids special section every weekend.

It’s been just over two months since The New York Times Magazine’s special section for kids was published.

“I still get emails on Monday mornings, from kids who were hoping there would be a follow-up. And so, they look on Sunday and when there isn’t, they email me on Monday and they’re upset and they’re like, ‘Mr. Silverstein, I am a third grader in such-and-such school in Tucson, Arizona, and I was very disappointed…’” Silverstein explained. “I’m getting hate mail from third graders!”

Silverstein said there will be one more kids’ section published in the near future, but wouldn’t specify dates.

When looking to experiment with special sections, Silverstein said “it’s important these (special sections) stay fresh and novel, so we don’t deliver the same thing each month and people don’t know when it’s coming.” 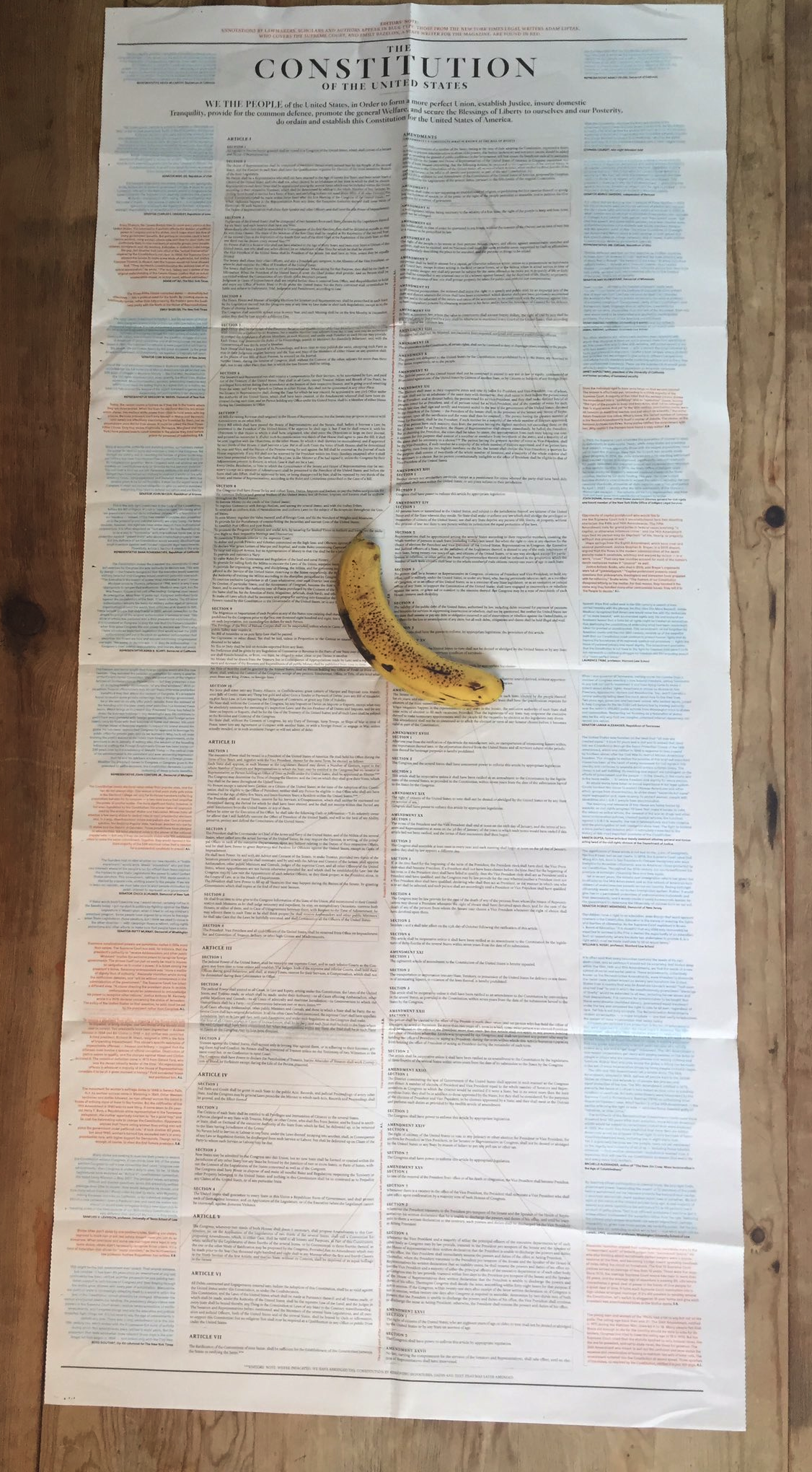 Earlier this month, The New York Times Magazine published (in print only), an annotated Constitution, that ended up being four broadsheet pages in length. And in August, Silverstein said they will have another special section coming out that will be science-focused.

“That’s part of why we are running these sections out of the magazine, because the magazine is a general interest department,” he explained. “We’re not the sports desk, we’re not the international desk, we’re not arts and culture desk, we have all those subjects and a whole lot more in each issue. It makes sense to have the same approach to these special sections.”