For some publishers sales of the digital editions don’t meet always their expectations and this could well be because they don’t market them properly.

David Hicks, a digital magazine consultant who has worked for several major publishers on their digital editions, believes lack of marketing remains a massive issue: ‘We don’t see enough promotion of digital issues and apps from publishing teams, across social media and marketing. If you want to increase downloads, firstly make a huge bang for the app launch, build up and then get to as many eyeballs as possible.’ 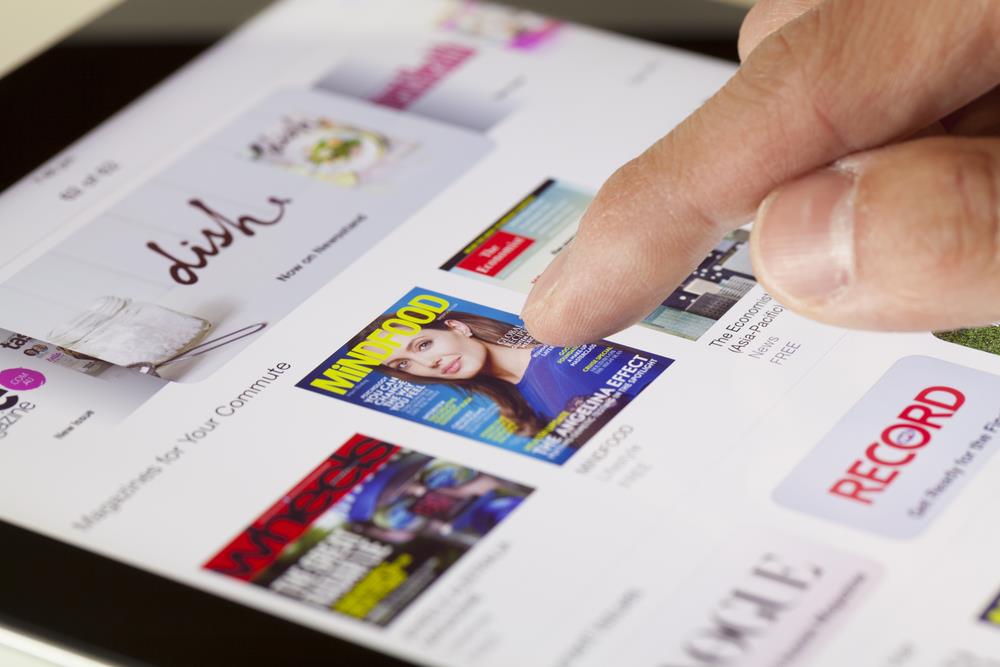 The key issue could be that, unlike the print edition, there isn’t a newsagents or newsstand for them pop into to grab the issue – so it needs constant reminders and pushes. He adds: ‘Lack of visibility in the marketplace and on the device is one of the main reasons tablet and smartphone editions fail.’

Publishers are inevitably interested in selling subscriptions of the magazines. Yet to connect with customers they need to drive them to a place where they can actually see what is being offered, for example a discount over the print version. Getting a person to download a magazine app is useful, but if they don’t follow up with a subscription it is a serious issue for publishers.

The confusion surrounding and, as some would argue, poor upkeep of Apple Newsstand offering has only exacerbated publishers’ difficulties. The jury is also out on how effective email marketing and push notifications are for encouraging readers to take out subscriptions. In some instances it seems readers just become blind to them.

‘Many publishers produce digital editions but don’t market them in any shape or form,’ reckons Nikolay Malyarov of PressReader, an all-you-can-read digital newsstand. ‘They feel they need to have this product but at the end of the day they are afraid that people might subscribe to it. They don’t want to cannibalise the print.’

Ultimately though this isn’t necessarily a marketing issue but a strategy one – but there’s clearly something holding back digital editions.

However, when the marketing for the digital edition is done properly it can really drive subscriber numbers, he reckons. Malyarov points to a campaign that PressReader recently worked on with the Albuquerque Journal in the US to promote its HTML5 based user interface. The teaser campaign, which went out across print and the web, promoted the benefits of the product including not having to download it in the app for the best user experience.

‘From the beginning of May until the end of June until daily usage went up by between 30 and 40 per cent,’ he says. He adds that although the new HTML product is good, the more critical element in this case was the marketing.

‘Rather than looking at the digital edition as a bastard child that you don’t really want to take care of, you embrace it and say ‘we know our readers want this so we’re going to give them the best user experience and tell them how to use it.’

There are, of course, more straightforward ways of marketing digital editions. Building momentum for a magazine via social media, usually from the accounts of the print magazine or the website associated it with it, is an obvious ploy – as is utilising email databases.

To reach outside to potential new readers requires taking a more imaginative approach, however. One way that media brands are increasingly reaching out is via native advertising of the type pioneered by Outbrain and Taboola. The ads, which are content-based and appear at the bottom of articles on websites, are a very useful way of driving lots of potential readers to a magazine app’s page.

Other publishers have also realised how crucial video, and especially YouTube, can be is attracting new readers. In digital magazines’ early days it wasn’t uncommon for video previews of the magazines (here is an example from 2013) to be placed on not just YouTube but also sites like Vimeo and Dailymotion too.

Ultimately though it might all come down to investment. Vijay Radhakrishnan from digital newsstand Magzter argues: ‘Publishers need to believe in their digital editions, they have to pursue it very deeply and throw some marketing dollars at it. If they do this then we could see the digital edition grow from around the current 20-25 per cent market share to 40-50 per cent.’

The challenge for publishers: efficiency across all channels