Woman’s Day, introduced as a free menu sheet  in 1931 by The Great Atlantic & Pacific Tea Company (A.& P.) was expanded into a magazine in 1937, priced at two cents a copy, and sold only at A.& P. stores. Woman’s Day continues to be a true woman’s service magazine full of information and solutions for women, with a readership of 20 million, Spencer explained. The publication’s audience is mainly women in their 40s and 50s, but runs the gamut from Spencer’s 14-year-old daughter to her 80-year-old mother, she said.

“I came on in 2012 to overhaul the magazine,” she explained. “I was brought in to bring it back to something that speaks to women today, their values and to their everyday needs.”

“We cover pretty much everything. I always say it is a blessing and a curse, because we have to be experts across everything from fashion and beauty, to food, health and home. Whether it’s parenting topics, or what she’s going to wear in the morning, or the makeup she’s going to put on, or the food she’s going to put on the table at night, or thinking about her family’s health care, we are there for her and provide her with solutions.”

Thus, connecting with such a large, diverse audience with various needs is a continuous challenge for Spencer, but a challenge she has all wrapped up. Connecting with the Woman’s Day audience has driven readership, revenue and online growth.

The media brand has had a long history of advocating for and educating around women’s heart health. As Spencer discovered when she came to the title, there was real power around the concept of helping women stay healthy and not fall victim to disease. So, Spencer decided to build on it.

Through various initiatives – from magnifying Woman’s Day’s annual event, the Red Dress Awards, which celebrates heart health innovators, to also launching the Live Longer and Stronger Challenge in 2013, where Woman’s Day follows five women over eight months to help them lose weight and lower their risk factors for cardiac disease, to forming strategic partnerships with major health organisations like the American Heart Association, the Alliance for a Healthier Generation, the National Institutes of Health, and Women’s Heart Alliance around events – the media brand saw their audience start to respond.

“We saw in issue research that the health stories, which were once a distant third behind recipes, started to pop to the top of our research,” Spencer said. “This also coincided with a great deal of more interest among American women about their health. All of this came together and lifted up the magazine.”

It had a real galvanizing effect on perceptions of the magazine as a leader in the heart health space, Spencer said. “It’s driven readership. We hear from our readers that this is the kind of information that they want.”

Woman’s Day has always been an audience-first magazine, Spencer said. “It is always something we have always focused on. We had our 80th birthday last year, and if you look at early versions of the magazine, we’ve always been responsive to what she needs in her life.”

Spencer’s strategy to connect with the readership began by doubling down on what her readership wanted, by researching them, their likes, needs, wants and desires. She did issue research to discover what resonated with them. “We did a lot of qualitative and quantitative research,” Spencer said. “We’ve done focus groups, and dinners with readers.” 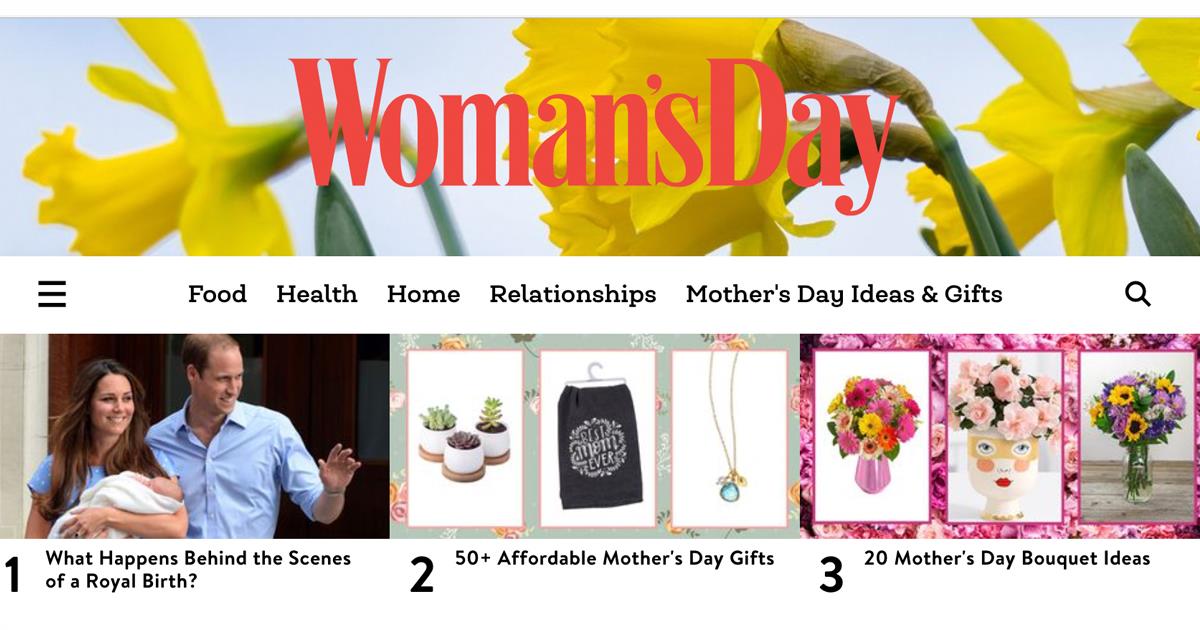 “We listened to them.”

Two years ago, Woman’s Day hosted a series of dinners with readers and Woman’s Day editors.

“My health editor was sitting at a table with two women who coincidentally both lost their husbands to suicide, and they talked about mental health and mental illness as something they were really grappling with. The women didn’t know how to deal with their situations because when they were younger, nobody talked about mental illness. We came away thinking, ‘wow, there’s a real need to talk about this topic in the magazine.’”

As a result, Woman’s Day partnered with Kaiser Health News on a series of articles on women’s mental illness in the US in 2016.  “We took a really substantive dive into this subject, and this initiative came directly out of this dinner with our readers.”

This audience-first approach has had a positive impact on Woman’s Day’s revenue, and while declining to give numbers, Spencer explained the publication is substantially more profitable now than in 2012. “The health stories have resonated with advertisers,” she said.

Spencer and her team also focused heavily on making the publication inspirational, not as much aspirational. “I think there’s a big difference between the two in my mind. We want to inspire women to make their lives easier, but we don’t want to show them a world they can only aspire to.” 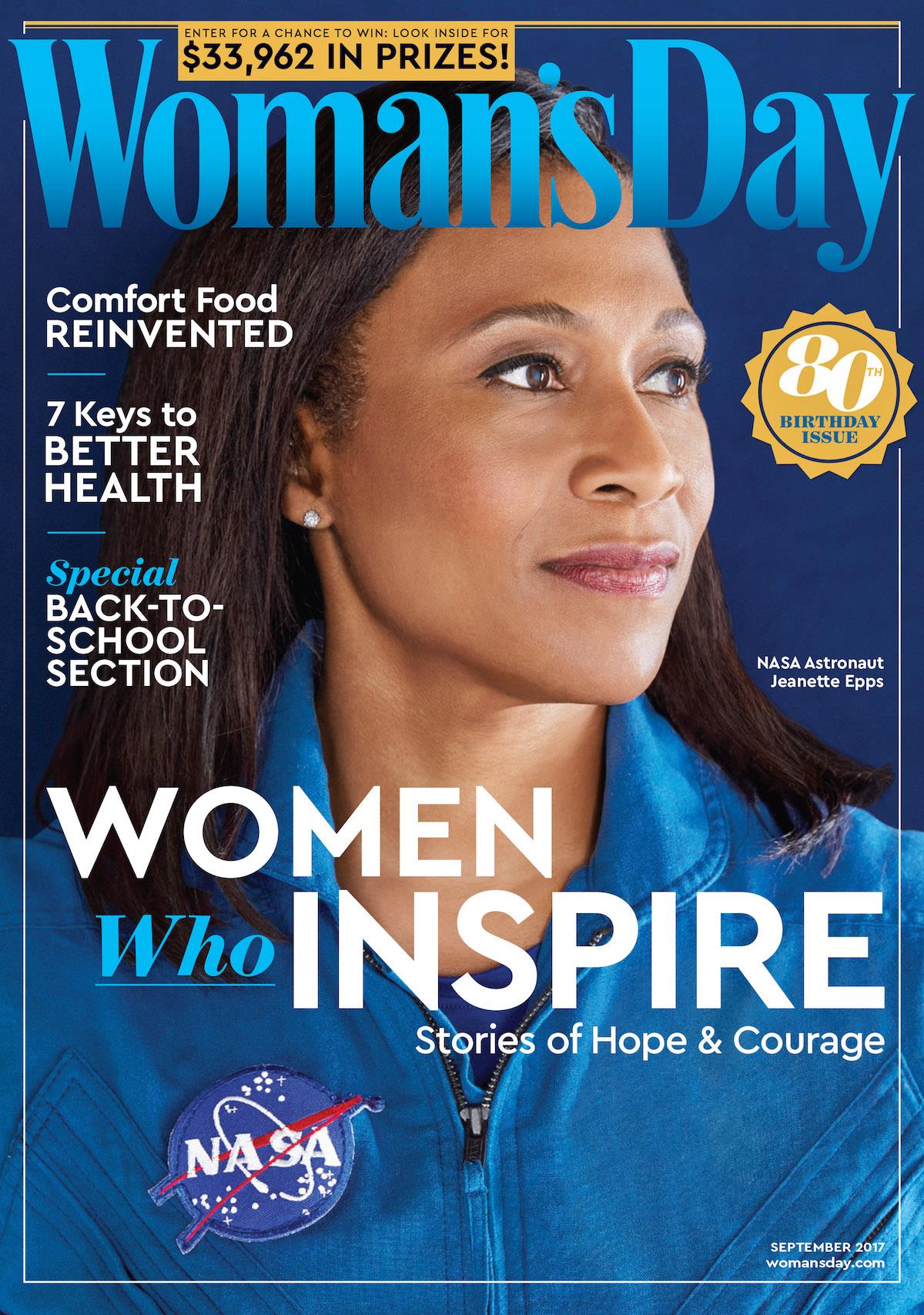 A major part of Spencer’s strategy to connect with her readership is through visuals. Woman’s Day covers play at the intersection of food and craft and fun.

At a time when newsstand sales are declining, Woman’s Day is holding its own. It is currently the No. 1 monthly title sold on the newsstand for the third consecutive AAM period. This would suggest that the title really connects with its readership.

“In cluttered newsstand environment it’s important for magazines to make a bigger brand statement than ever,” Spencer said. “And sometimes that means thinking more towards covers that are arty and that don’t follow best practices of newsstand. I think that’s perfectly fine for a lot of brands, but it’s not fine for Woman’s Day.” 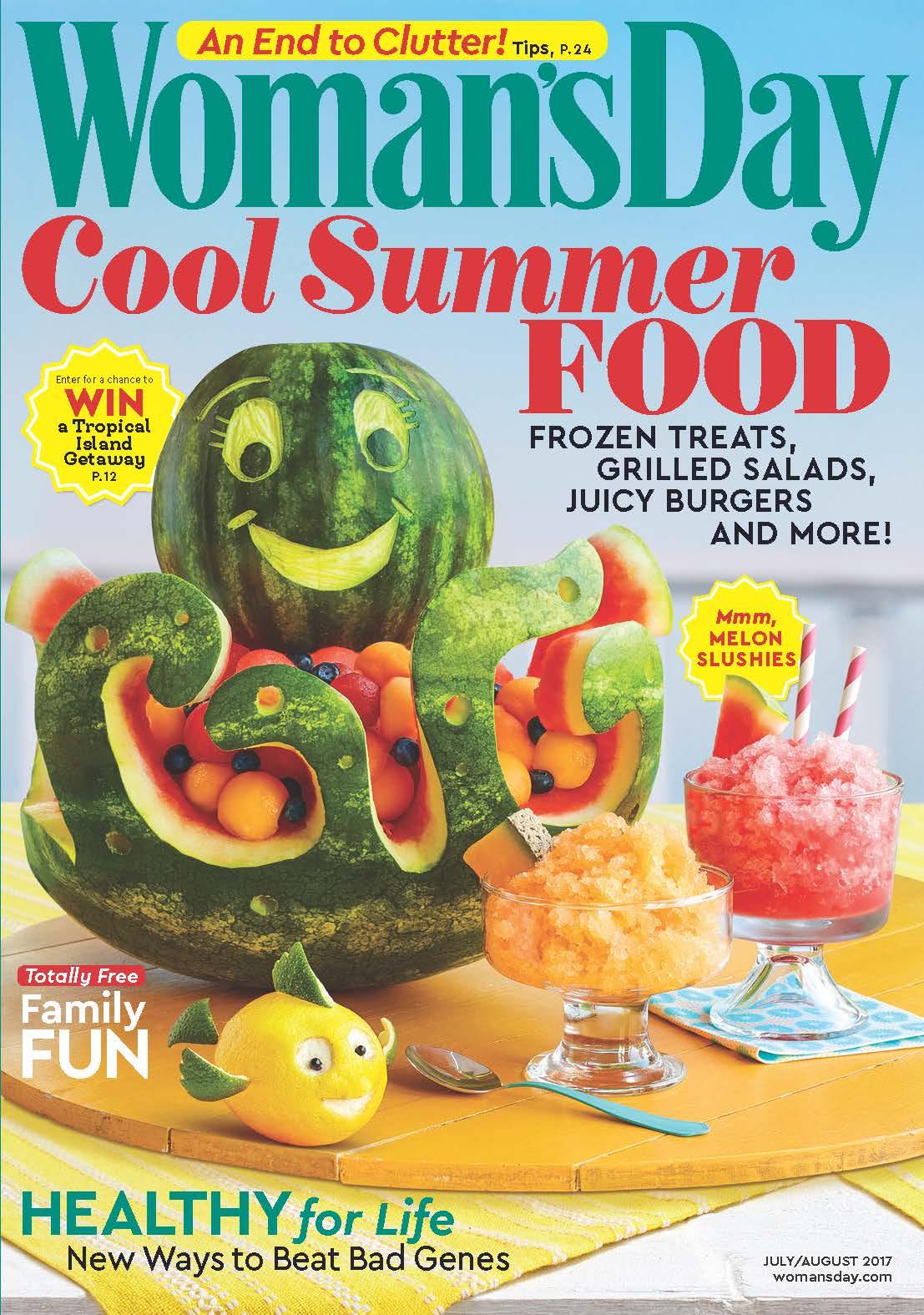 Spencer said that the brand really wants Woman’s Day readers to see their lives on its covers. “We set out to create covers that, in a way, reflect who our readers are. Our readers approach their lives with a great deal of positivity and joy, so I reflect that back to them. I think that is the biggest brand statement I can make, is to make our covers approachable and joyous.”

America loved covers that play at the intersection of food and craft: pumpkins on the October cover, and summer covers where watermelons were carved into turtles.

In fact, Woman’s Day has best practices when it comes to creating a stunning cover that catches eyeballs and drives newsstand sales. “We use a lot of colours, cover lines are direct and simple. We usually do a single large image, a lot of colour, a very saturated background. And, like everyone, we experiment.”

Over the last number of years, while all of these initiatives were in play, the Woman’s Day audience grew and responded. “We’ve seen a huge growth online in that time, on Facebook and Pinterest,” Spencer said. “Our readers trust us and are loyal to us.” 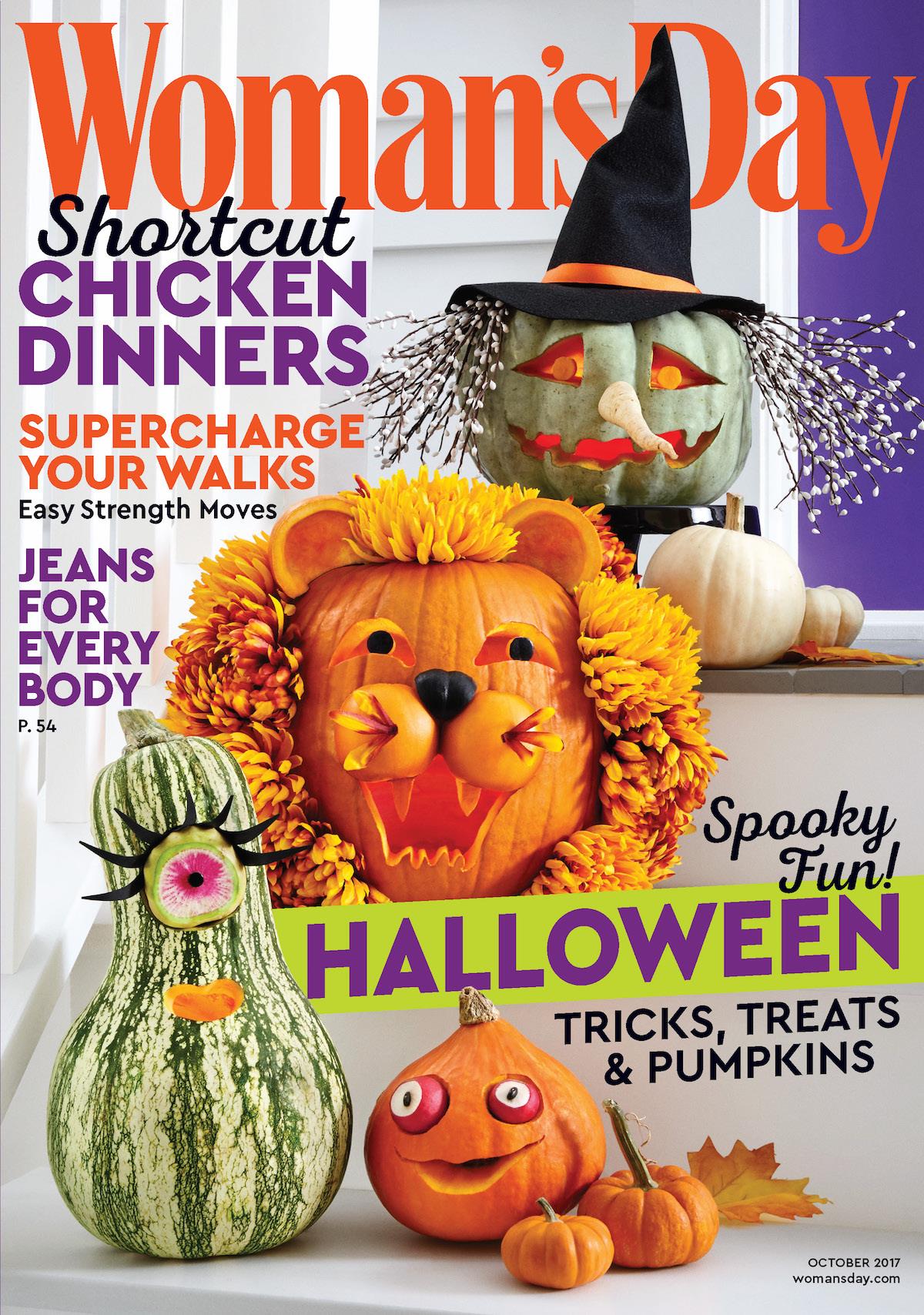 “We have learned to channel what our audience needs and wants, and my staff has been instrumental in helping with that,” Spencer said.