Publishers depend on revenue from digital advertising. This form of income has weakened for various reasons. Among them are the move to smaller mobile screens, the market power of Facebook and Google, and last but not least the rise of ad-blocking, especially among younger users.

According to data compiled by the Reuters Institute: “Ad-blocking is running at between 10 percent (Japan) and 38 per cent (Poland)”. Most of those who use such technology are using it on a regular basis, suggesting that once ad-blockers are installed, users rarely go back to opening up to ads again.

As the chart by Statista shows below, there are various reasons why users dislike digital ads. Most are unhappy with the volume and distracting nature of advertising, while not that many are worried about the impact of advertisements on data plans or battery life on their smartphones. 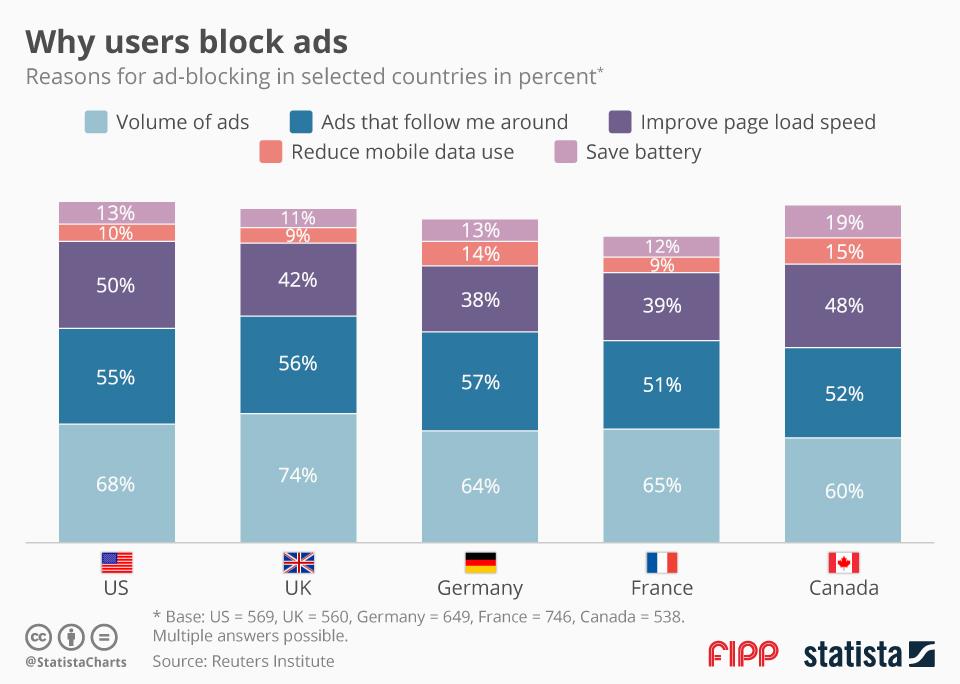 Chart of the week: Sharing through dark social media

Chart of the week: The mobile ad spend gap

Chart of the week: Paying for online news picks up