Internet advertising is forecasted to take up over 50 per cent of ad spending in the next three years, according to Zenith Media.

Digital channels are eating up larger portions of total ad spends as more and more people around the world go online through both desktops and, especially, mobile means. The International Telecommunication Union estimates that about half of the world joined the world wide web last year. With more of the world online, there are more opportunities for advertisers to reach new audiences and engage existing ones.

Even now internet ad spending has beat growth expectations. Zenith estimates that in 2019, global spending will push 4.7 per cent of growth, going above the four per cent forecast previously made. Currently, these forecast-beating strides have been helped along by cross channel growth of online video and social media. Additionally, the United States, Russia, and France have bolstered much of this growth. 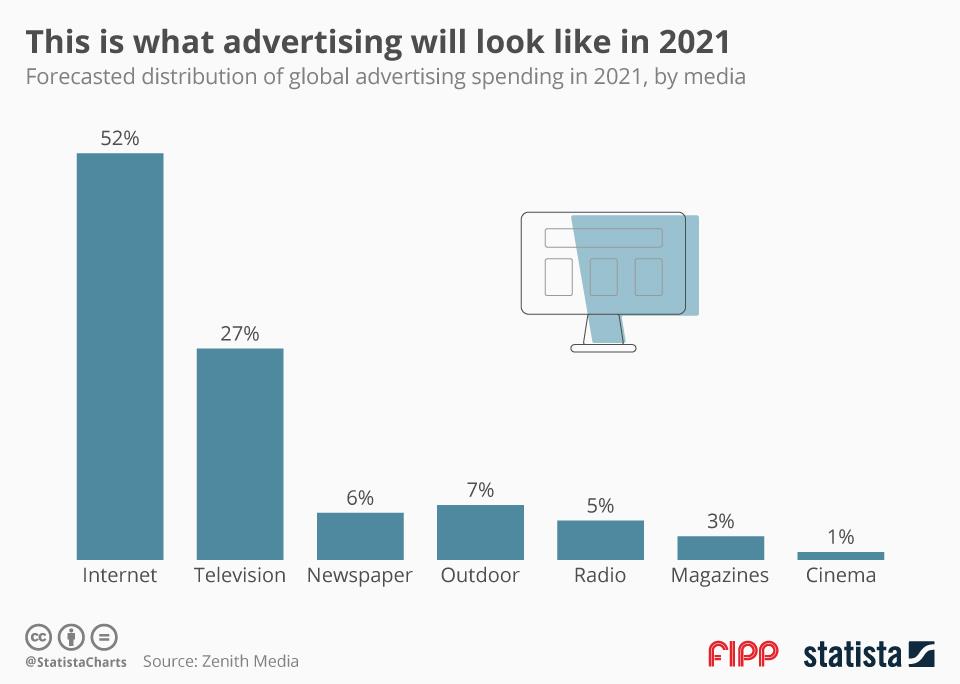