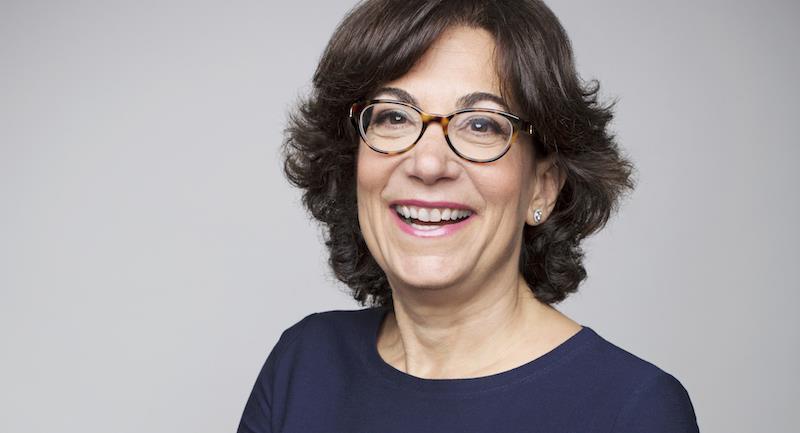 Trusted Media Brand is a US-based magazine media company with a portfolio of trusted titles including Reader’s Digest, Taste of Home and Family Handyman and engaged communities. The media company titles reach 58 million unduplicated people in the United States, with 15 billion social fans, 10 billion magazine subscribers, over 8 million newsletter subscribers. TMB’s monthly uniques are 33 million and growing, of which 26 million come from mobile.

“Regardless of the medium, we know how to create compelling content that brings people together,” she said. “If you have the right content, it doesn’t matter if it’s on the pages of a magazine, the pages of a book, a website, a Facebook post, you can reach and engage with consumers.”

In April 2014, Kintzer joined TMB from Women’s Marketing Inc., which was then known as The Reader’s Digest Association. The company had just come out of its second bankruptcy in five years. Morale was low, and staff didn’t have a lot of hope, Kintzer said.

The following year, she led a rebrand of the entire company, part of a larger strategy to transform the business. “I had been at the company before. I had left for seven years and I knew how strong these brands were and I knew how much potential they had in them,” she explained, at a keynote speech at the FIPP World Media Congress. “I came back with a mission – we changed the name to Trusted Media Brands, we really were here to let you know we were a portfolio of trusted media brands.”

The #fippcongress kicks off with Bonnie Kintzer of Trusted Media Brands – welcome to all our fabulous delegates! @FIPPWorld pic.twitter.com/JuXNz1nTzS

The first stage of turning around a media company and transforming it into a multi-platform media company involves people. “It’s always about the people,” Kintzer said. “You can imagine it was really difficult for me to recruit. Finding the first two or three people, to join me on this journey of turning around the company with critical. I brought in a leader on the digital side and brought in a leader on the magazine subscription side.”

The second stage of turning around a media company was about culture. “I remember when I joined the company, I was told we weren’t going to make our budget. That was a problem,” she recalled. “That meant we had a culture where everyone knew they were losing, so it became really important to create a culture of do what you say.”

Accountability became that first important goal. Without accountability, a company actually can never get to innovation, she said. Kintzer explained that TMB is working on culture, as it is important, and still is today.

The third stage of turning TMB around was divesting itself of underperforming assets. “Stop doing things that don’t make sense anymore,” Kintzer said. “All of us have an obligation to look at what we had… and choose which businesses and brands to support, and which to sell.”

Kintzer explained that TMB looked to find local owners for their international operations. The company in the US run only the US and Canada. Local ownership has been really good for their brands internationally. “By focusing, especially on Taste of Home, Family Handyman and Reader’s Digest, we were able to put our resources behind those brands and make them as big and powerful as they are today,” she said.

The next stage in turning a media company around, according to Kintzer, is building a best in class digital and tech team. TMB was in a situation where literally every system had to be rebuilt in the company, she said. “By January second, we will have rebuilt every single bit of technology in the company,” Kintzer said. “We’ve had to rebuild our customer database, re-platform all of our sites, some proprietary technology for Taste of Home with our recipe management system that has to be rebuilt. It was project after project and each very critical.”

This stage also relied on people – Kintzer explained that being able to attract this kind of talent was critical. “One of the ways we were able to attract talent was by really giving people from larger companies the opportunity to make a great difference,” she said.

The next step was to protect print. For Trusted Media Brands, print is the foundation of the company. They put a lot of time and attention into their print products, Kintzer said. “One of the things that had happened when the company ran out of cash, was that they stopped attracting customers. We invested money into acquiring customers,” she said. “We have literally invested tens of millions of dollars back into acquiring customers. We have seen terrific renewal rates.”

“As excited as we are with our digtal growth, protecting the print and relationship with readers is really important to us.”

The sixth step was to focus on growth, Kintzer explained. “You may think that this is obvious, but in fact it was actually quite challenging because when you’re turning around a company, your first, second and third priorities are about fixing things and you become really an expert. You become so incredibly good at fixing, and you just look for other things to fix.”

Making a switch to focusing on growth and feeling like a growth company took longer for Trusted Media Brands than Kintzer would have expected. But, in a four year period, TMB grew 347 per cent.

“We replaced a lot of revenue,” she said. “Your revenue might stay flat for some time, but its so much more profitable because you’re spending your time and your resources on the right things.”

“We were always a customer-first company,” she said. “Our advertising revenue is growing, but we get most of our money from consumers. Three quarters of our revenue comes from consumers. Reader revenue has always been in our DNA.”

Over the course of Trusted Media Brands’ transformation, their titles have evolved. They’ve expanded to be wherever their audience consumes content. Books are big business for TMB – from Taste of Home cookbooks, to Family Handyman DIY books – and it’s a category that is growing.  But, they’re also  focusing on new products, like Family Handyman DIY University, home repair online classes.