Building on the foundations set at the November 2015 launch, the VR team has produced over 30 films, both journalistic in nature, and in conjunction with T-Brand Studio, The New York Times’ branded content studio. Each video takes individuals somewhere they may have never been before, and in some cases, will not likely ever get to experience.

“We originally thought, this medium needs to be about putting you in a place you couldn’t otherwise be,” Wright explained.

For example, in May, the NYT VR team published “Seeking Pluto’s Frigid Heart.” Except for NASA’s New Horizons spacecraft, no one has ever been to Pluto. The outermost planet in our solar system, Pluto would take a spacecraft approximately 10 years to get there from Earth (and has, just recently).

Virtual reality recreated that environment and brought viewers there in a seven-minute, 360 degree video. And just this week, the Times launched The Daily 360, where it now offers a new 360 degree video every day.

They have also brought viewers on pilgrimage to Mecca, to Falluja, and gone underwater with dolphins. Last week, the NYT VR team launched another piece called “Meditation Journeys,” which placed viewers in a singular, solitary place – a cliff overlooking the ocean in California, among others. 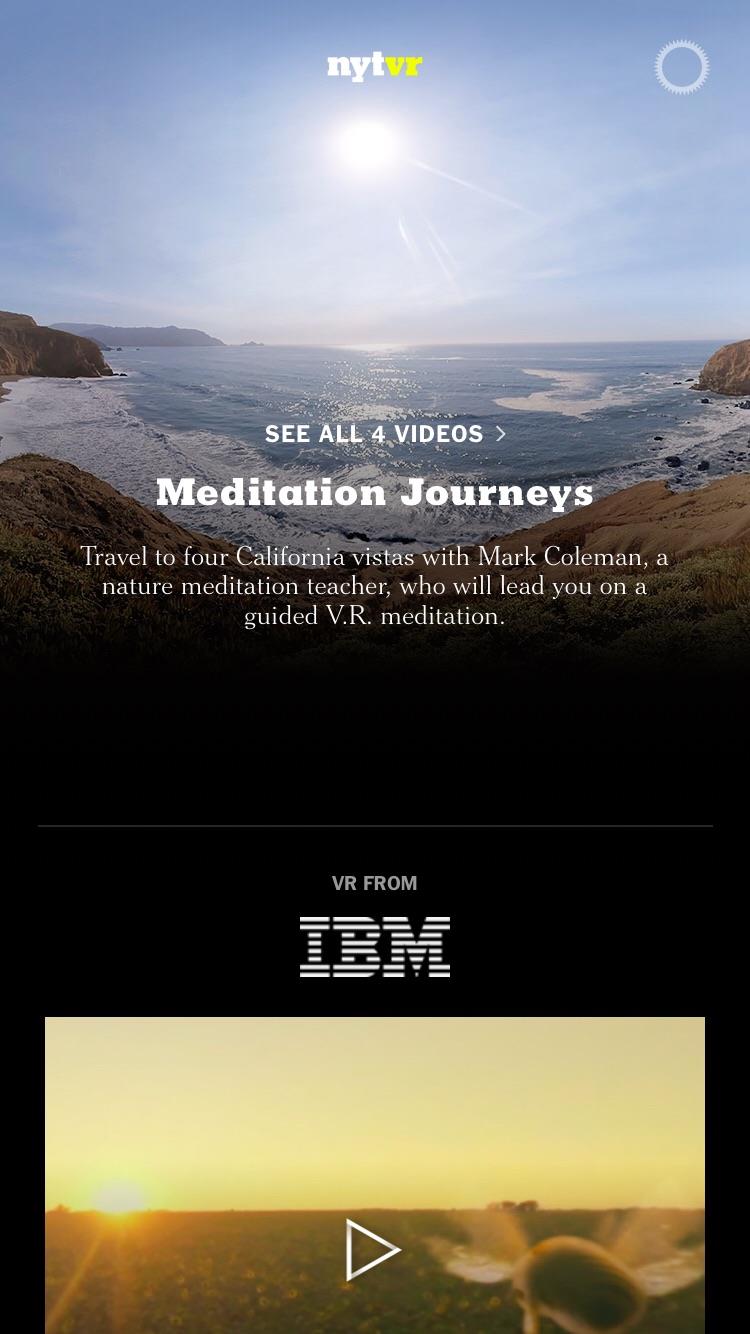 Over the last year, the team learned that VR was more about putting viewers in the film, giving them a presence within it, Wright said. “As we’re learning more and more, the location doesn’t necessarily doesn’t have to be that breathtaking or mind-shattering, as long as there is a strong narrative and visuals. We think that is a really good formula for VR,” Wright said.

The rules around VR are still being written

“We’re still testing it, we’re still learning, we’re using it in many different ways,” he said. “We know the biggest boom is when you can be in a place you couldn’t otherwise be in.”

The response from advertisers has been positive, according to Wright. They’re coming in all shapes and sizes and forms, often bringing ideas with them.

“On the commercial side of the business, we’re serving as a consultancy,” he explained. “We have more experience than any other publisher, and can guide marketers in terms of how to best tell their stories in this medium. Within that, we may learn that VR doesn’t really make sense to tell the story a marketer is telling. We may find out that you can do this in a linear fashion.”

The latest commercially-driven VR story from IBM involves flying with bees and was produced by T-Brand Studio, the content studio. The publishing company recently purchased marketing agency Fake Love, which specialised in AR and VR, and folded it into T-Brand Studio.

While he wouldn’t divulge where The New York Times’ VR will take viewers next, Wright said the frequency of stories on the NYTVR app will increase, to once a month with more focus on 360 video.

The NYT VR app has been downloaded approximately 1 million times. It has had three million in-cardboard-mode views. It has had between 15 and 20 million out-of-cardboard or mobile views, according to Wright.

But, it is the data on time-spent that has the VP effusive. “The amount of time spent on average, within the immersive cardboard mode, is about six and a half minutes,” he said.

“It’s really unheard of. In digital media, when you have a couple of seconds of engagement time, that’s considered quite good. When you have six and a half minutes, when you’ve captured a singular person’s time, for that much time, that’s amazing. Frankly, when you tie it back to the commercial value, it’s incredibly important and telling for where the NYT is headed.”

Into the next six months, Wright is optimistic about NYT VR, saying that it is an important way to tell stories. “The Times is incredibly interested in progressive, visual forms of storytelling and this form is kind of a pinnacle of that,” he said. “We think there is a lot more to come in various forms like Augmented Reality, Mixed Reality, which is bringing together VR and AR.” 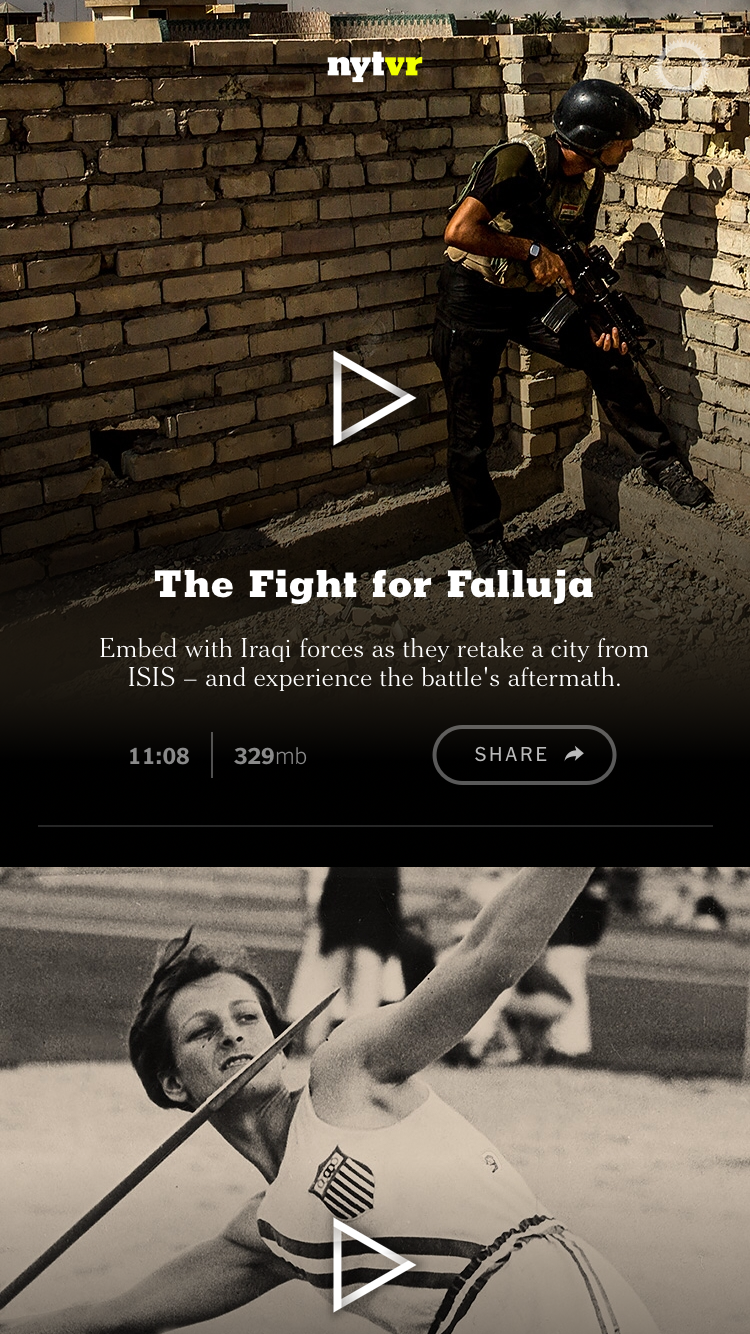