So, is the definition of ‘magazine’ changing? With delivery methods and business models multiplying, Jessica Patterson set out to explore this further. 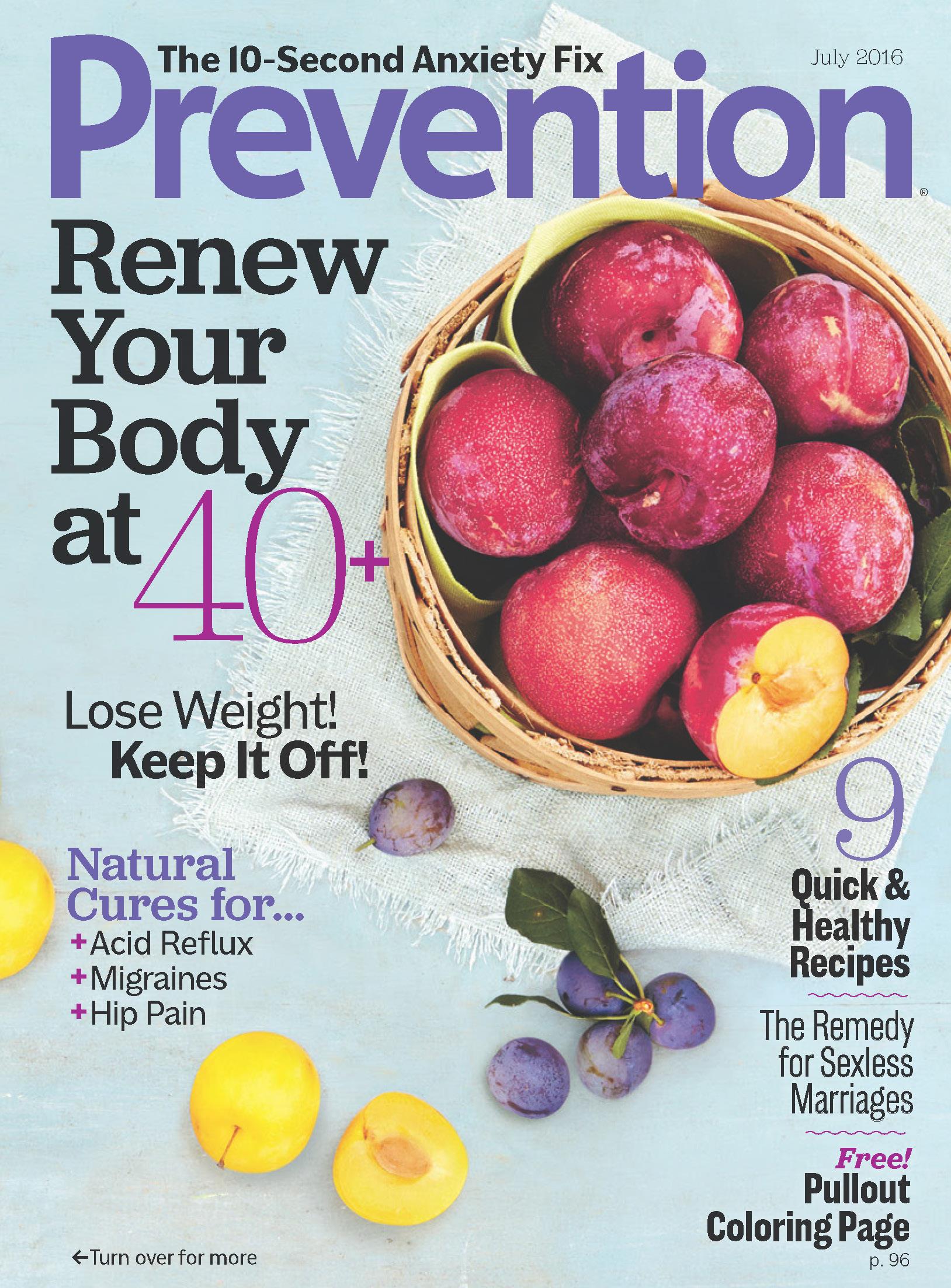 Prevention’s July issue was the first to embody a bold vision that carried no advertising pages whatsoever, but delivered pure content. Leading this transition is Barbara O’Dair, Prevention’s new editor-in-chief who was previously at Reader’s Digest as executive editor. O’Dair said it’s an editor’s dream to have an ad-free magazine and feels lucky to have come to Prevention.

“Being ad-free gives us unique freedom to develop all kinds of special content,” she said. “We have more pages and we can do really gorgeous spreads we weren’t able to do before. Not to mention all of the new content.”

“I’m going to bring health to the centre more so than it has been in the last few years,” O’Dair said. “I think it kind of slipped away from strict health coverage to softer lifestyle coverage. Hard health information and features will definitely be part of the mix more than they have been.”

The ad-free model is unique, O’Dair said, adding that Prevention still feels like a magazine, looks and reads like a magazine. “It’s not like anything out there right now in terms of mainstream publications. Other publishers and editors are going to be watching us closely and dreaming about the day they might be able to do it.”

Ever heard of a content-free magazine? 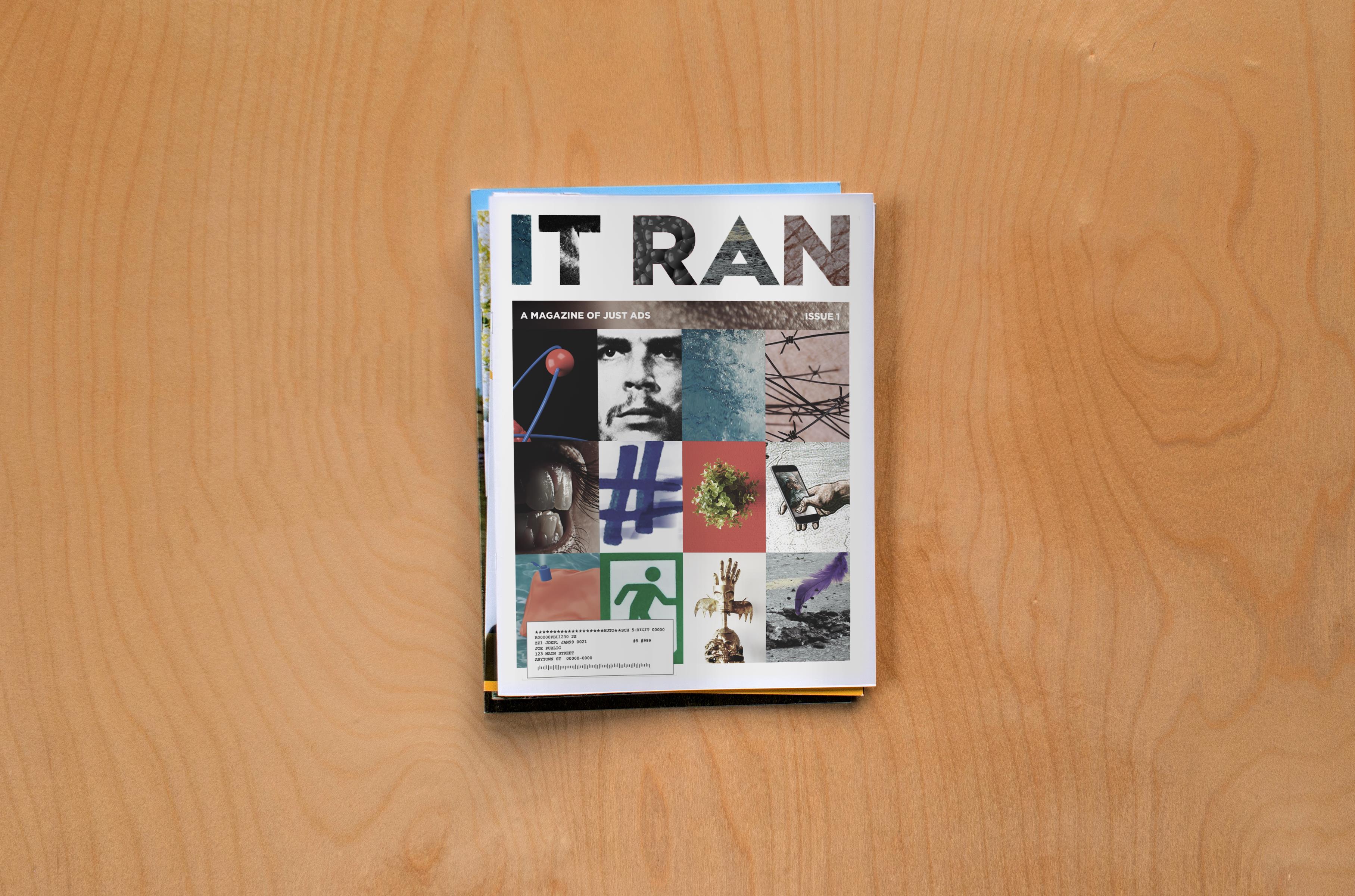 North of the border, Toronto-based LG2 created a new content-free magazine model called It Ran. This magazine was created by the creative company for the National Advertising Benevolent Society (NABS), and requires some context, according to Chris Hirsch, vice president at LG2.

In the advertising and marketing industries, the question “did it run?” comes up a lot, especially around awards shows, Hirsch explained. “So, we thought we would parody asking whether your ad was real. In order for an ad to be entered into an awards show, it has to be a real ad. It had to run in a magazine, a billboard, or on tv.”

“We thought, how funny would that be if we created a magazine called “It Ran,” where people could run any ad they wanted for a fee. And the fee is their donation to NABS this year.”

The magazine is a charitable initiative, a parody magazine, Hirsch explained. “This is tongue-firmly-planted-in-cheek when we say it is the first magazine with 100 per cent ads. It’s the polar opposite of (a magazine) and that’s completely intentional and completely on purpose.”

Hirsch said this magazine speaks to a niche audience in way they understand. “And, the nice part about it, is, when you say “100 per cent ads, no articles, no content, just ads you want to run” it kind of put this smile on our face.”

LG2 will produce and print the magazine in September and distribute it to agencies across the country.

“It will be about how we live today and how our lives are mediated by devices…” Jugenson wrote. The magazine will go live on June 27 at realifemag.com.

How ‘magazine’ is changing

So, with these three examples of how magazine media are continuously changing business models and formats, what is the definition of magazine?

Most definitions of magazine include some paper or print element, though that would suggest the definitions themselves are out of date. Magazines in 2016 are not defined by the paper they’re printed on. They don’t have to be bound, printed, a mix of content and ads or have audited circulation. (In fact, a lot of magazines don’t have audited circulation, that’s only important for magazines who are reliant on advertising at scale.)

“What defines magazines is their brand,” Kreisky said. “Magazines can be in print, they can be in digital format, whether that be on the web or mobile. What’s changing are the business models that monetise the content.”

Kreisky said there are many different business models today that magazines can use to monetise their brands. These can include advertising, circulation-based, subscriptions, single-copy sales, individual article sales, events, branded events, among others.

As FIPP president and CEO Chris Llewellyn said in 2015: “We are no longer defined by magazine; we’re defined by the content we create, how we create it and the audiences we reach.”

What is clear is that the definition of magazine will continue to evolve into the future, as the environment and industry changes. “It’s an ongoing evolution,” Kreisky said. “And the traditional model, while still critically important for cash flows, is becoming only one model, surrounded by many others which are beginning to evolve into healthy approaches to revenue generation and profit generation.”

For more on how ‘magazine’ is changing, check this out.