I have lost count of the number of publishers who’ve said to me over the past few years that they are “digital first”. And while I applaud their commitment to this bits and bytes world in which we live, I’m afraid they have missed the proverbial boat by not putting readers at the helm of their close-to-sinking ships.

Too few publishers realise that the glory days of monologue journalism are over and that today’s readers are calling the shots. People own the web, not brands, and those people have the power to dictate what they want and don’t want. 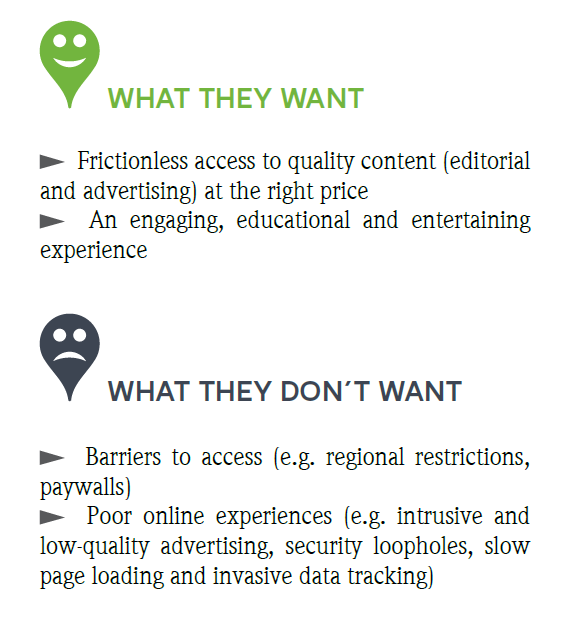 But instead of engaging with readers, many publishers are cutting them out of the content conversation. Blaming trolls and claiming brand-protection as reasons for muzzling their readers, they justify the killing of comments and opinions on their digital properties – pushing reader away to social media to have their dialogues, and taking their advertising money with them.

When I see this happening, I’m reminded of what Ken Doctor’s quote by American columnist and critic, Molly Ivins, who said in 2006. Her comments were targeted at the newspaper industry, but the same can be said for magazines, “I don’t mind being in a dying industry, but it really pisses me off to be in one that’s committing suicide.”

Driven mostly by millennials who were forecasted to control US$2.45tn of purchasing power globally last year, the world is moving from a knowledge-based economy to a passion-based one.

A 2015 study conducted by The Cambridge Group (TCG) showed that when brands are able to tap into a customer’s passion, profits will follow. And that consumers who have a sizeable emotional engagement and passion for a product or service are the most willing to pay for those products and services that meet their needs. 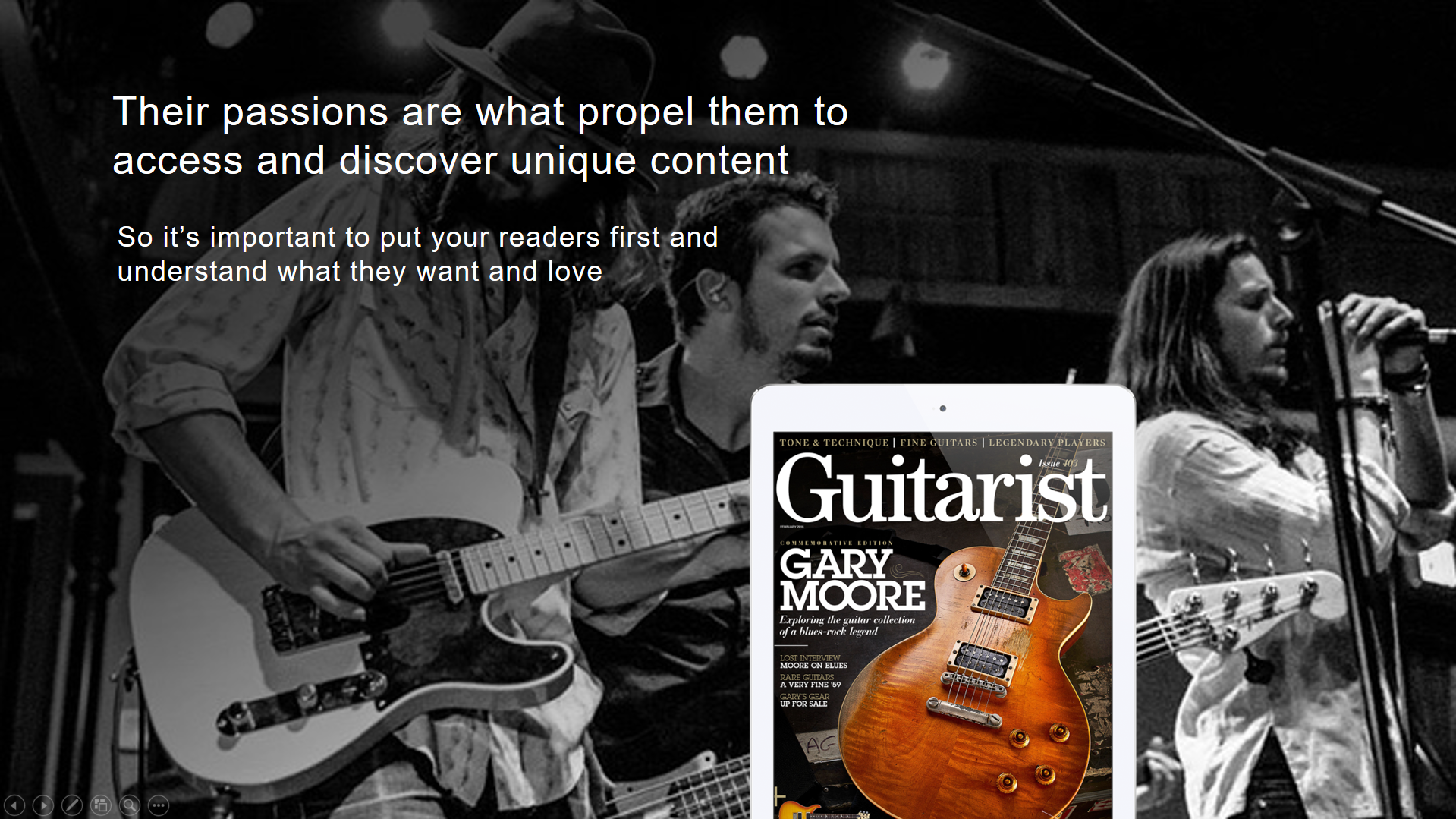 To better serve these consumers, some publishers are starting to segment their content based on people’s passions, producing bundles that could be packaged separately and include not only written content, but audio, video and even syndicated content from other sources such as broadcast media. Even Facebook is experimenting in segmenting its newsfeed in its mission to become the world’s best personalised newspaper.

But how does a publisher discover its readers’ passions? One answer – Smart Data. Going beyond data mining and statistical analysis, Smart Data exploits behavioural analytics to predict how people will discover, consume and engage with content based on ambiances, what’s happening around them and what they’re doing at any point in time.

Those predictions will lead to more and more granular levels of targeting, allowing publishing systems to choose the optimal content (including ads) to deliver to the person, when, where and how they want to receive it.

The technology is continuing to develop, but it’s already being deployed by people-focused brands, such as Netflix where 60 per cent of the viewings are the result of Smart Data-driven recommendation algorithms that go way beyond user star ratings.

In a recent interview with Ken Doctor of Newsonomics, he advocated that publishers should invest in Smart Data in a big way in 2016, “I’ve been urging publishers to think about business intelligence, also called analytics, or data science. It is becoming the centre of every media business. You have to have knowledge of your customers and what they’re reading and want to read, and similarly of your advertisers and what they want and how well you’re performing. Without that core of business intelligence, you’re flying blind at this point, and by 2020 you won’t have any business left.”

But before you can learn about your audience, you need to find them and then get them to discover you – something that’s getting harder to do every digital day. In the US alone there are more than 18,000 magazine titles; that’s 225 billion pages of editorial content competing for readers’ eyeballs.

And even when a publisher does gain the attention of a reader, retaining it is also getting much tougher. Fifteen years ago humans had an attention span of 12 seconds. Today we’re sitting at 8.25 seconds – almost a second less than that of a goldfish! It’s no wonder that in the UK the average number of minutes per day a reader will spend in 2017 with a magazine will have declined 58 per cent from 2010 to just two minutes.

To attract and retain the interest of readers, publishers need to engage with them between page-flips through…

Driven by the need to differentiate themselves in an overcrowded publishing landscape, a number of media companies are recognising that quality content is not enough to be successful. So they have chosen to diversify by adding new new business lines that not only strengthen ties with their audiences, they are forming new and, sometimes, lucrative revenue streams for the brand.

Tangible Media in New Zealand is focused on building and monetising one-to-one relationships with consumers based around something that they are really passionate about. Everyday Dish is a collection of more than 120 recipes aggregated together into one publication from previously published Dish magazines. Tangible also launched Everyday Dish TV which offers some free video content and exclusive members content for the serious epicurean. 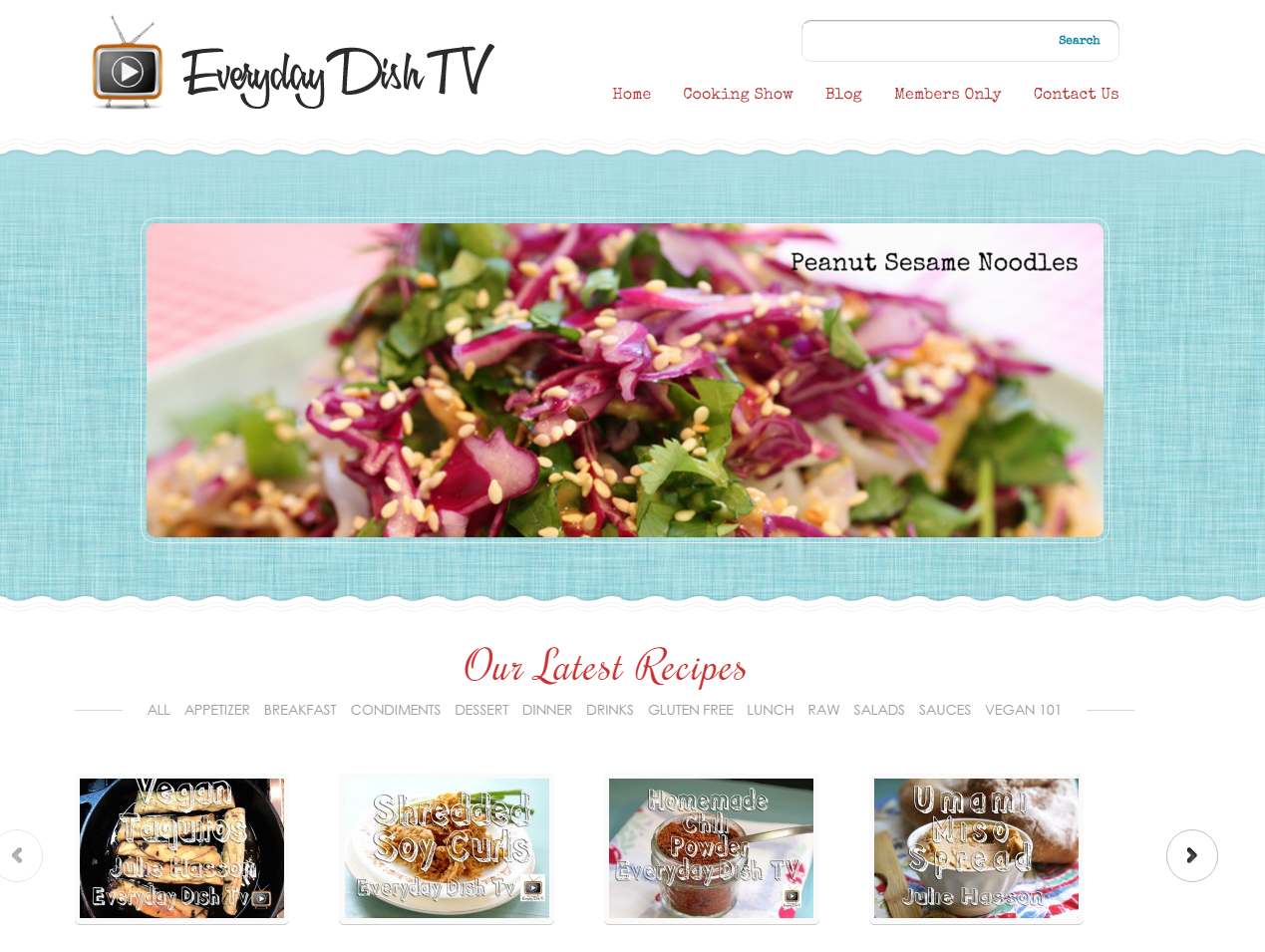 Hearst saw an opportunity to redefine the local experience for readers by delving into what many other publishers probably saw as niche products of little use with today’s connected consumer. But such is not the case in Russia, where people are more limited in terms of mobility and access to information. 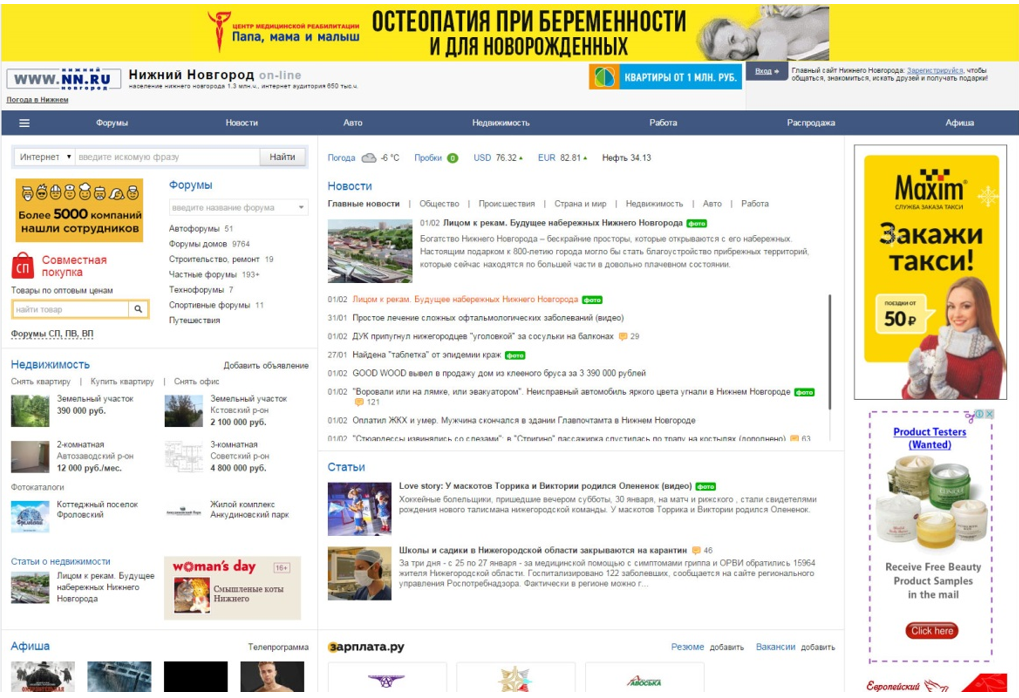 Founded in 1985 with one magazine, Future plc has more than 200 publications, apps and websites where it has become the voice of authority on consumer technology, gaming, entertainment, music and photography.

Future’s diversified portfolio also includes a number of highly-popular events such as the Golden Joystick Awards, The Photography Show and T3 Gadget Awards. 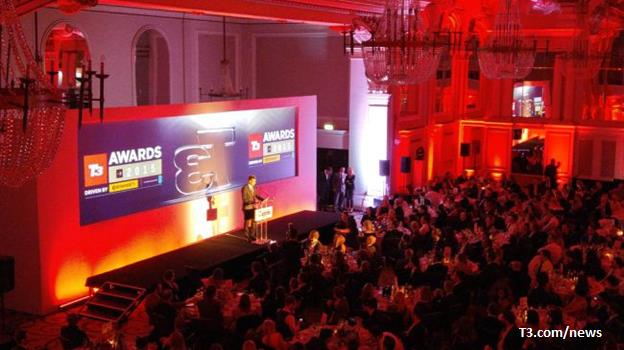 In 2007, Monocle was launched as a magazine that focused on global affairs, business, culture, and design. Today, it has grown into a complete media brand that also includes a retail network spanning multiple continents, Monocle Restaurant Awards, Monocle 24 Radio, an online business and more recently a Quality of Life Conference.

Even before the ad blocking crisis hit the digital airwaves, many forward-looking publishers started to invest in turning their journalistic and editorial skills into content marketing solutions for their high-paying advertisers. Here are just a few…

In 1985, The Vancouver Sun saw an opportunity to connect with its readers thought a charity event whose purpose was to promote the benefits of running to improve health and fitness. Over 30 years later, The Vancouver Sun Run has become Canada’s largest 10K road race, with over 40 thousand participants in 2015, and the third largest timed 10K run in the world. 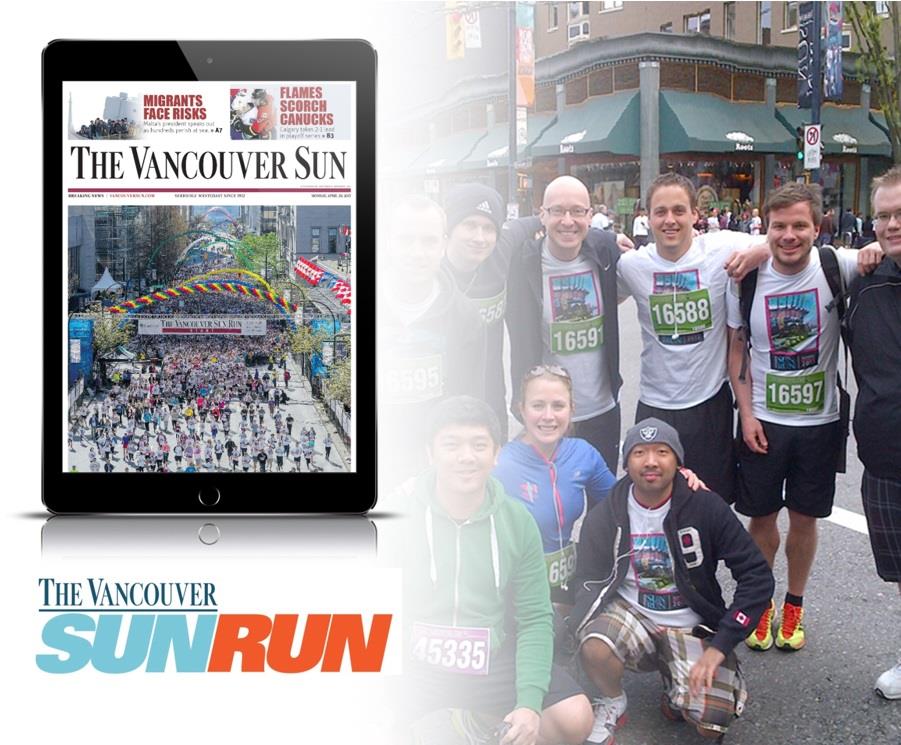 Albuquerque Journal introduced a subscriber-retention initiative called Journal Rewards — a smartphone-based loyalty program that offers members deals from merchants across the U.S. state of New Mexico. This “sticky” programme has been a win-win-win for the publisher, its merchants and most of all, its members. 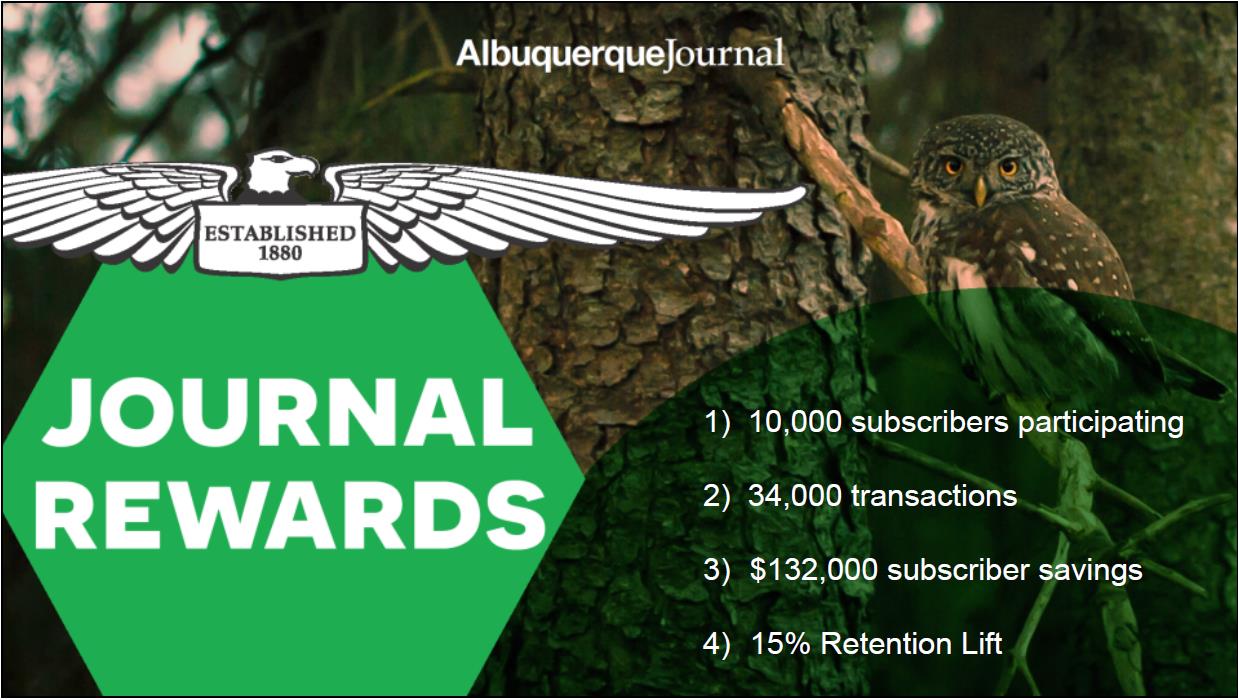 In 2015, Newzoo projected screen-based global gaming revenues would hit US$91.5bn by yearend and US$107 billion in 2017. Some large publishers have dabbled in gamifying the news but very few have taken the leap into Infiltrating these games with news content.

Immersive Entertainment which includes Virtual Reality (VR) and Escape Games is capitalising on the millennial generation’s willingness to pay for memories and new experiences to enrich their lives. So it is no surprise that The New York Times and The Economist are already experimenting in this space.

I expect more publishers will jump on this potential gravy train as Facebook’s Oculus Rift, Microsoft HoloLens, HTC Vive, Sony Project Morpheus and the next Samsung Gear VR hit the shelves this year.

It’s too early for publishers to truly make serious money from this budding technology, but even early experiments are showing how media brands can capture imaginations with VR. 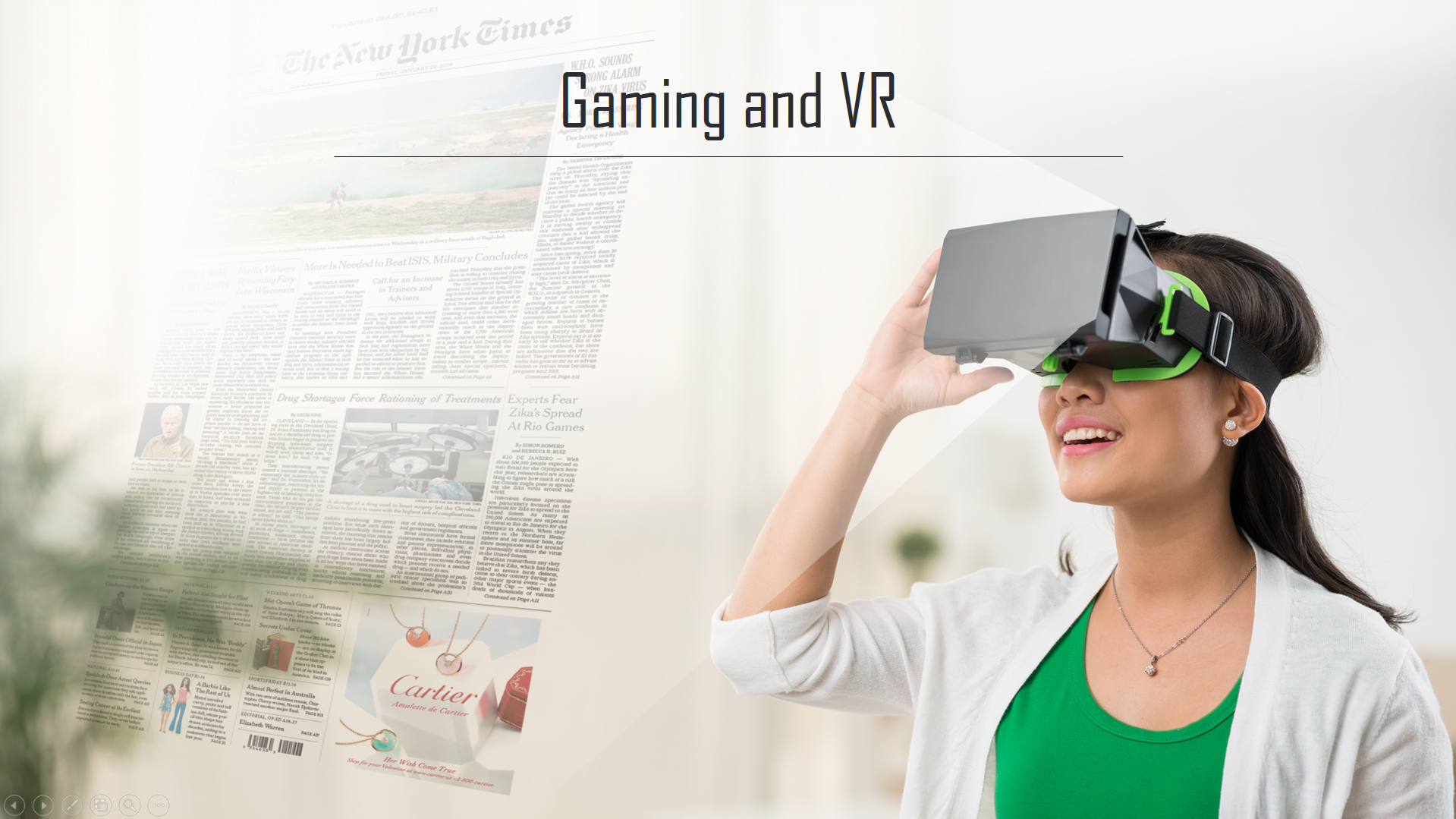 One of the biggest challenges facing publishers today is how to monetise the masses with the growing popularity of ad blockers and people’s willingness to pay for digital news trending in the wrong direction. 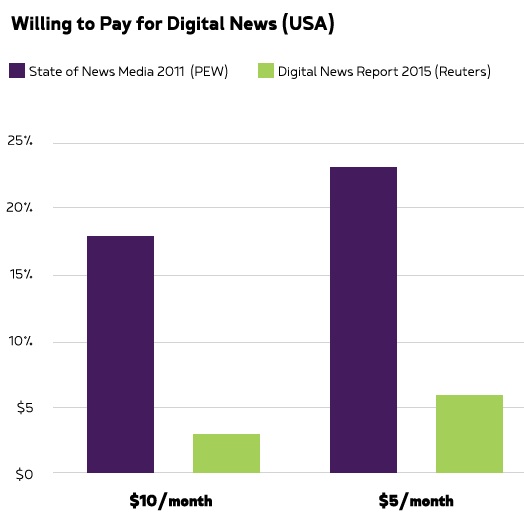 There are so many different monetisation models available today, it’s no wonder so many publishers are confused about which ones are right for them. Taking a look at the most common ones…

Print isn’t dead yet although the last rites are being read over some newsprint. There will always be a place for print with some readers; I like to compare them to music aficionados who still purchase vinyl records – a highly discerning crowd, but not a market loaded with money.

Digital editions are seeing some revival in the industry, but with the growing mistrust in mainstream media, it’s hard to see a prosperous future for this form of paid content in the long term. 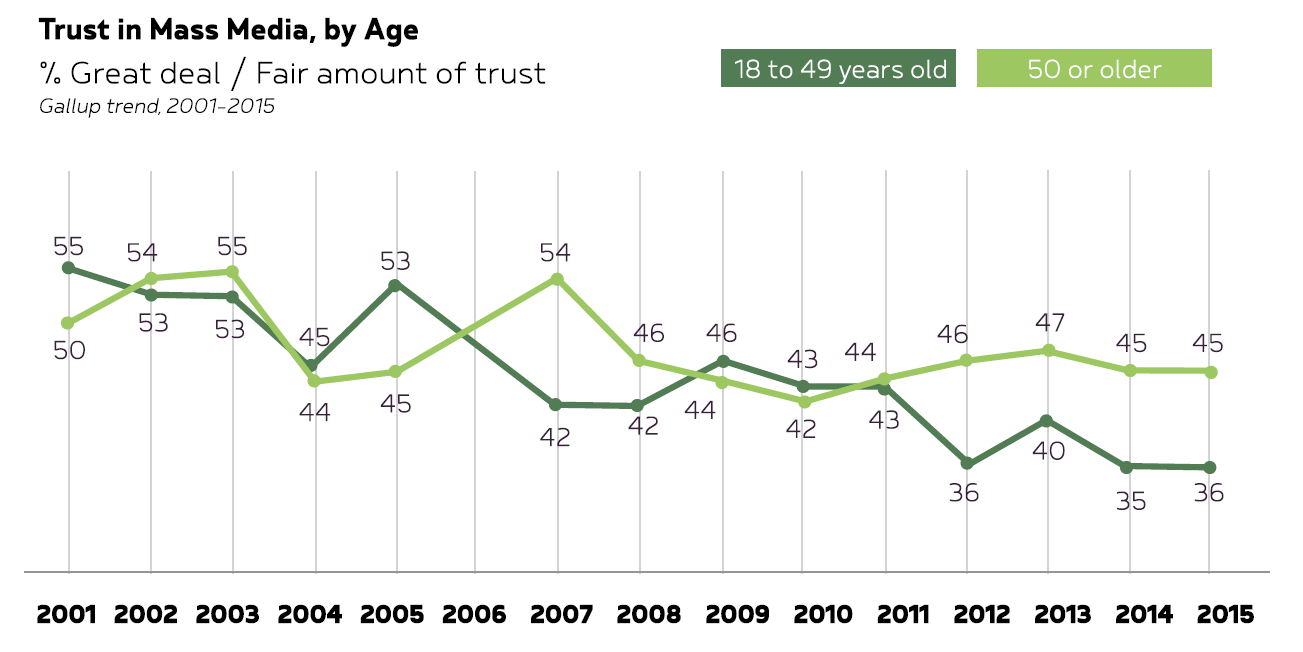 Metered and hard paywalls have largely plateaued. Even the poster child of paywalls, The New York Times with one million+ digital subscribers, has seen its growth flatten in recent years. 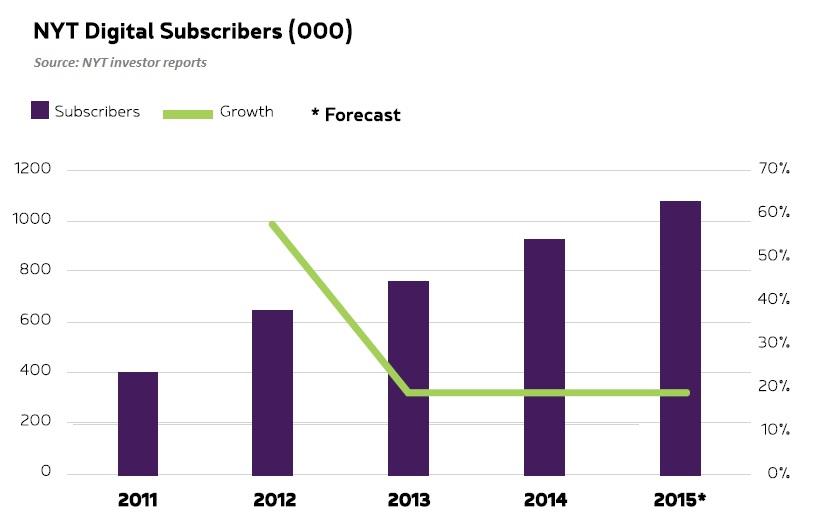 Free content aggregation services that rely on advertising revenue (e.g. Facebook Instant Articles, Apple News, Snapchat Discover, etc.) can bring value in terms of content reach, but they also bring risks, such as the forfeiture of content control, the potential loss of advertiser loyalty, brand degradation, editorial and advertorial censorship and less and less reason for readers to visit a publisher’s website again.

Some of these platforms offer freemium models, but when a reader wants to read premium content, they’ll have to pay for it. That being said, given the spending trends of readers, it’s unlikely that publishers can survive on the declining number of news junkies willing to cough up the cash.

Now don’t get me wrong. I believe that quality journalism should come with a price; I just don’t think the readers should not necessarily be the ones to pay it. Let someone else pay through sponsored access.

One form of sponsored access happens between publishers and their advertisers, where the advertisers who provide quality and relevant ads within the issue pay on behalf of readers for access to that premium publication.

Another form of sponsored access that is gaining serious momentum worldwide is with hotels, airlines, restaurants, cruise ships, corporate offices and libraries. Today, thousands of these customer-first businesses such as Qantas Airways, AccorHotels, Uber, Silversea Cruises and the Library of Congress, to name just a few, are sponsoring unlimited access to thousands of magazines and newspapers.

Not only does it provide high value to their target markets and help businesses’ differentiate themselves from disruptive competition, it just makes dollars and sense to them. 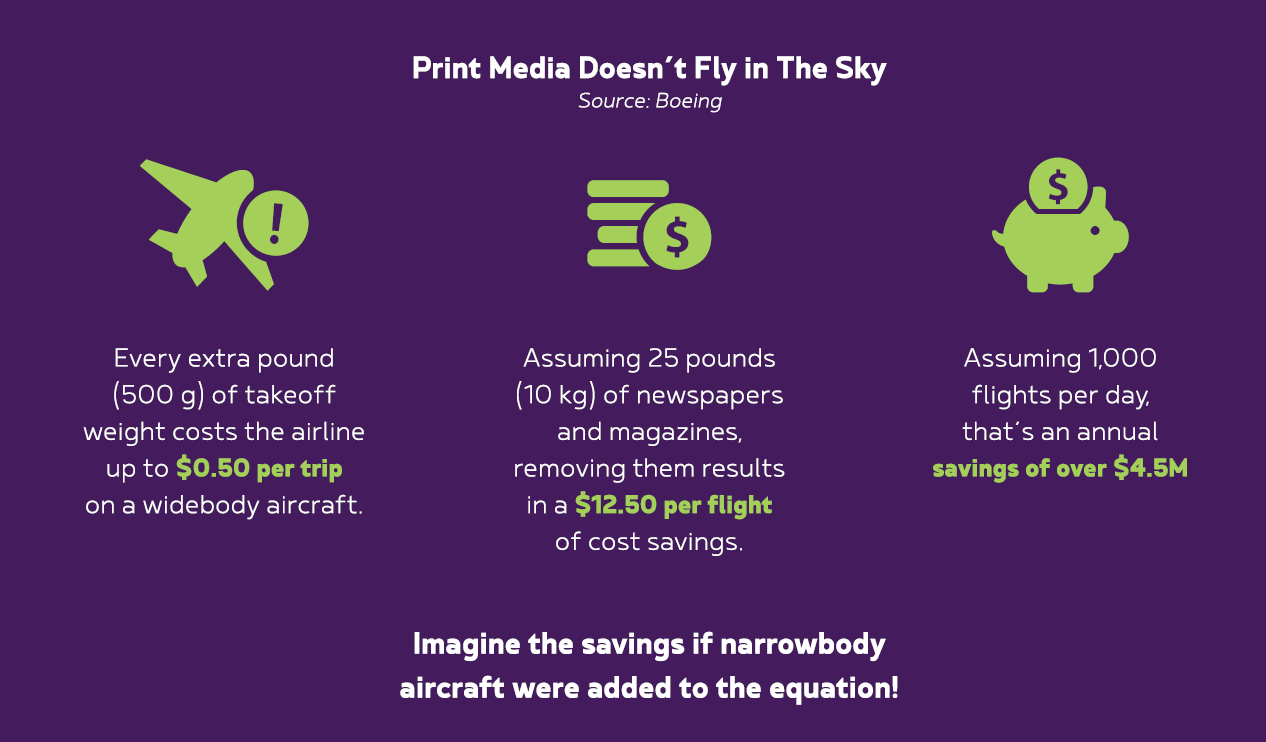 The business model is simple. It costs nothing for publishers to join and when someone (i.e. a sponsor such as a hotel or airline) pays for content read by their hotel guests or airline passengers, the publisher gets paid. 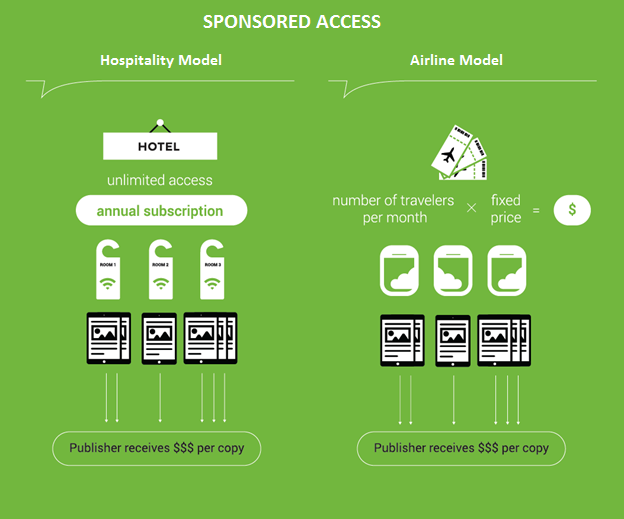 It’s a win-win-win situation all around:

We’re living in an industry where the only constant seems to be disruption of everything we’ve held dear for decades. It’s no wonder fear infiltrates almost every aspect of our business – fear of change, fear of ad blockers, fear of cannibalisation, fear of brand irrelevancy and, let’s face it, fear of extinction itself.

But instead of being paralysed by that fear, take heart in the fact that:

Audience First + Diversification + the right Business Models are the three pillars to a successful monetisation strategy. Embrace them with a new passion that will lead you to profitability!

In programmatic, you get what you pay for