Read the first part of the interview here.

Samir, aka “Mr. Magazine”, will be in Dubai for the FIPP Middle East & Africa conference, taking place from 10-11 February, where he will present his magazine predictions for 2016 as well as present a masterclass on developing successful print strategies in the digital age.

Want to join him and other speakers from around the world there? Click here to register for FIPP Middle East & Africa.

He speaks to Jon Watkins.

I grew up in Tripoli, Lebanon’s second largest city. When I was around 10 years old I saw an ad on TV for Superman magazine. So, together with two friends, I went and bought the very first edition. To me, at that age, there was no differentiation between a comic and a magazine. This was a magazine – and as I was walking back from the store, I was flipping through the pages and falling in love with magazines minute after minute. I felt the art of storytelling – and gained an understanding that I no longer needed my father or my grandfather to tell me a story. I could read one on my own, at my own pace. I was so engaged with that experience and I never looked back. So, from a really young age, I knew I wanted to be a journalist – a magazine maker. I started making my own magazines at home and remember my mother screaming at me to go out outside and play with ‘the normal kids’! All I wanted to do was design magazines – writing stories, rubbing candle wax on white paper so I can rub on old newspapers to create pictures. I still have those magazines and mini newspapers here in my drawer. 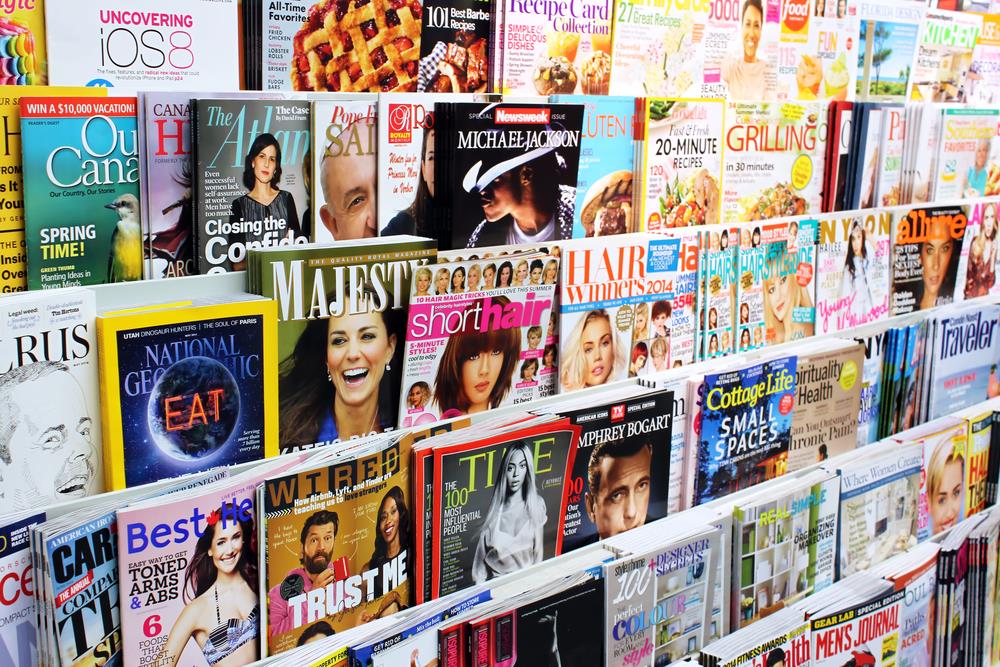 How did that passion transfer to your schooling and, later, your career?

My mother never really understood how I would ever make money just from ink on paper. So my parents had a different career in mind for me. They wanted me to be a dentist. In Lebanon, from ninth grade, you decide whether you are going to go the scientific route or the literary route in high school. So I went the scientific route and really I was an average student. I think the reason was that I knew deep down I could never fulfil my dream of being a journalist. I am from the minority of minorities in Lebanon and I remember a turning point was when my youth minister came to me and said: “Samir, I’ve seen you, everything you get involved with is to create some kind of a publication. You may feel you would be disobeying your parents, but I am telling you that if you don’t go to journalism school, you’ll be disobeying the gift you received.” So I went to my parents with dread but, to my surprise, they agreed I should pursue my ambition.

How did you eventually break into journalism and what was it like working in Lebanon at that time?

By the time I graduated in 1977, the civil war had started. I had been a top student in journalism school and began working at two magazines – a weekly and a monthly – as well as a daily newspaper. I got married and in June 1978, I received a call from the new dean of the school of journalism in Beirut informing me that a student had refused a scholarship to study for a PhD in journalism in US – and that the place was still available. I wasn’t even aware of the scholarship and it transpired that the former dean had declined on my behalf – on the basis that as I was already earning 1,200 Lebanese pounds and it was unlikely I would accept a scholarship worth 300 pounds. I discussed the opportunity with my wife and we decided that if we went to the US for five years to get my Ph.D., the chances were the war would be over when I had finished. Of course, as I was finishing my degree, in 1982, Israel invaded Lebanon. I managed to get an agreement from the dean and the senator of Missouri, where I was at school, that I did not need to return immediately – and we decided to remain in the US with our young daughter. Thirty-eight years later, little has changed and I’ve kept on following my hobby. I tell people I have never worked a day in my life because my hobby became my education, it became my profession, and it became my way of life.

The great thing is that I am still doing the same thing today as I was when I was nine years of age – it’s just that I’ve now added a love of teaching, a love of dispensing my passion for magazines and journalism. When I started applying for jobs, it felt next to impossible to achieve what you wanted. I remember sending something like 65 letters of application – and getting two interviews. One was with the Drake University and one with The University of Alabama. Drake University was hoping to get money to start a new magazine programme from the Meredith Corporation. So, whomever they interviewed they took to Meredith (publisher of Better Homes and Gardens) for an interview. I had an interview with the folks at Meredith. When Drake did not offer me the job, the president of the magazine group at Meredith – who was himself a graduate from the University of Mississippi – reached out to his Alma Mater and told them about me. Meredith gave The University of Mississippi money to start a magazine service journalism programme. So I began to teach there. And the rest is history.

In 1986, I had a student who could not pronounce my name – neither Samir nor Husni. So he started calling me Mr Magazine and, at the end of the semester, gave me a plaque to put on my desk that said ‘Mister Magazine Samir A. Husni’. In 1991, the New York Times did a profile on me and the photographer took a picture of it. From that moment on, everybody started calling me ‘Mr Magazine’. Soon after, I decided to trademark it and when the web came into being, I bought mrmagazine.com. The rest is history. Some people don’t even know my real name. All they know is, I am Mr Magazine™.

Ah, yes, that’s right. I now estimate that I have more than 30,000 first-edition magazines. People often ask me which is my favourite, and I always give the same answer: that I could never choose between my children! I keep them in five or six regulated-temperature storage units – which probably cost more to rent than the mortgage on my first house.

What’s really interesting is that when I open them, and when I see the quality of the writing, stories and photography, I am still blown away. I think they are a constant reminder of the value of print. If I hold them, and then I come back to my office and I hold those floppy discs that I wrote my dissertation on in 1983, I think that if somebody found a box of the magazines and a box of the floppy discs, they would throw the discs but enjoy the magazines. That’s why I’m a firm believer in the future of the printed matter.

The other thing is that this collection is really a history of pop culture. Most of my collection is American, although I have a lot of UK, European and Arabic editions. And it really is a history of pop culture. I mean, I can tell you what was hot in 1980 based on the new magazines that were introduced. I can identify trends, based on what was becoming popular at any one time and based on there being a rise in magazine launches around a particular subject.

That’s really interesting. So tell me a trend you’ve identified from the first editions you have…

Well, we saw a whole bunch of new sex magazines coming into the market in the ‘80s and the ‘90s – something like 100 out of every 500 launches. However, out of the 830 new magazines that were started last year, there were maybe three sex titles. What’s replaced sex? That’s easy: food. In the world of magazine first editions, food is the new sex!

• Samir will be at FIPP Middle East & Africa, taking place from 10-11 February in Dubai, where he will present a masterclass titled “How to make print work in a digital age.” Sign up today to meet him there.

Samir Husni: As long as we have human beings, we’ll have print