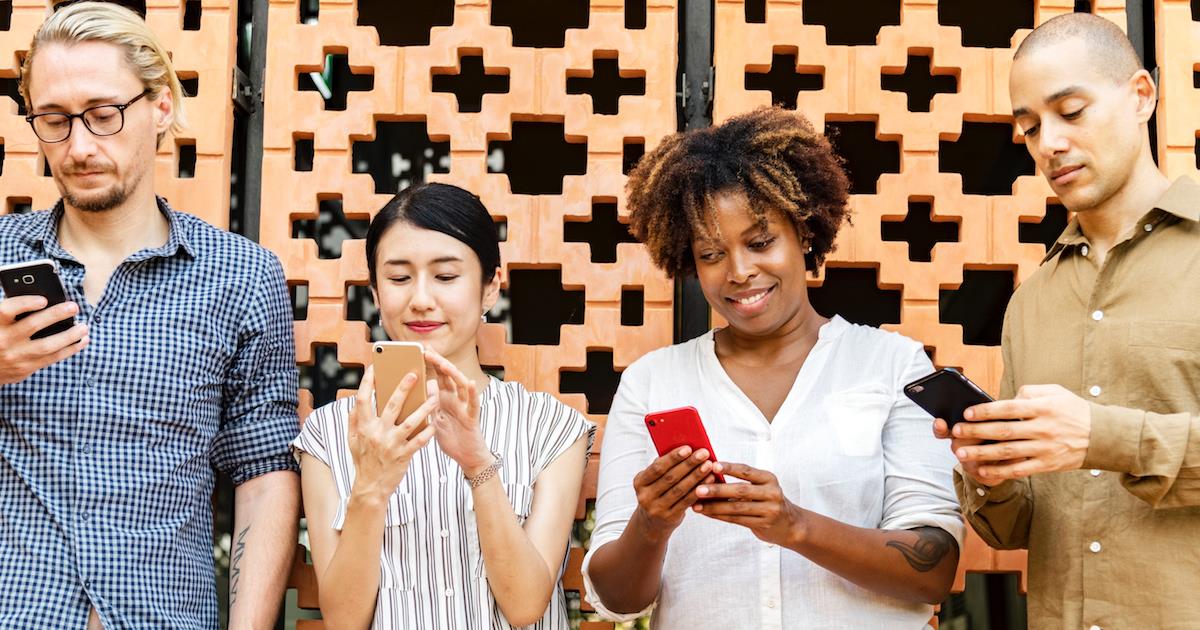 We’re forecasting 4.5 per cent growth for this year, plus 4.2 per cent in 2019 and 2020. We’ve downgraded our forecast for 2018 slightly from the 4.6 per cent we forecast back in March, but that’s mainly because we’ve increased our estimate for last year, providing a tougher comparison. In dollar terms, we’re forecasting that US$580bn will be spent on global advertising this year, US$1bn more than we forecasted three months ago.

North America, currently the largest advertising region, is falling behind in growth. We expect it to contribute 27 per cent of new ad dollars between 2017 and 2020, while its share of global adspend slips from 37.1 per cent to 36.0per cent.

Looking at adspend by medium, the continued rise of mobile advertising remains the stand-out trend. As internet users switch from desktop to mobile devices – and new users go straight to mobile – online advertising is making the same switch. Advertising on mobile devices is rising at a meteoric rate, and is taking market share from all most other media. Mobile adspend grew 35 per cent in 2017, and we expect it to grow at an average rate of 21 per cent a year to 2020. 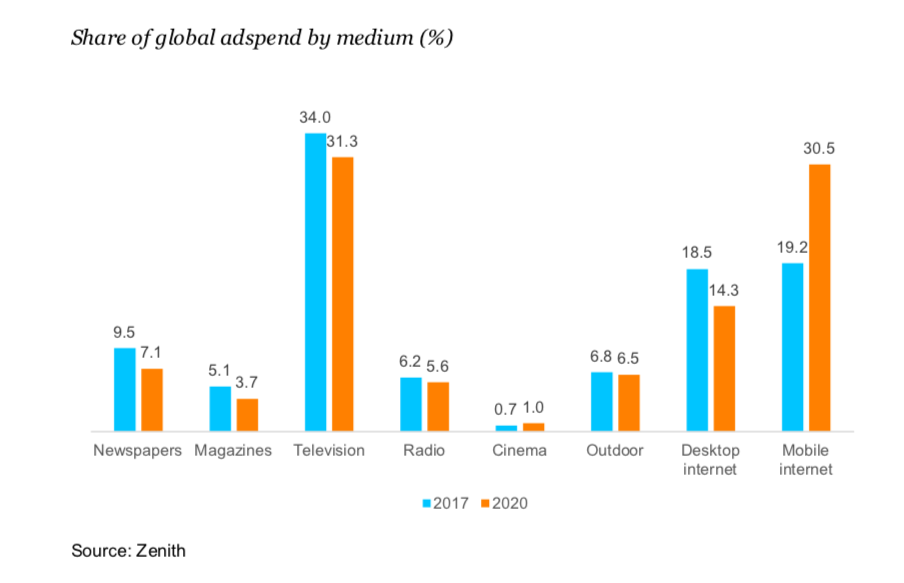 Most of the traditional media are still growing despite the inexorable rise of mobile advertising, but generally at very low rates. We forecast television and radio to grow by one per cent a year between 2017 and 2020, while out-of-home advertising grows by three per cent a year. Cinema, however, is growing at 16 per cent a year, thanks to investment in new screens, successful movie franchises, and better international marketing. The main driver, though, is surging demand in China, where ticket sales increased 22 per cent in 2017. China overtook the US to become the world’s biggest cinema advertising market in 2017, worth US$1.2bn, and by 2020 we expect it to reach US$2.8bn.

Print advertising continues to shrink together with circulations: between 2017 and 2020 we forecast newspaper adspend to shrink by an average of five per cent a year, while magazine adspend shrinks by six per cent. This refers only to advertising within print titles, though – publishers’ online revenues are counted within the desktop and mobile internet totals, so their overall performance is not as bad as the print figures suggest. Research organisations in some markets – such as the Advertising Association/WARC in the UK – provide combined print and digital ad revenue figures for publishers, generally showing that the digital revenues soften but do not reverse the decline in print.

Get stories like these ever week directly in your inbox. Subscribe to our (free) FIPP World newsletter.