In February 2015 Pinterest closed down these affiliate marketing networks and started automatically removing all affiliate links, redirects and trackers on Pins. Pinterest reports the change was motivated by concerns for broken links and irrelevant Pins cropping up in users’ feeds, essentially delivering spam. With core values that include maintaining a positive and respectful community, it would be fair to conclude this was done – at least in part – to assure a high quality user experience. Another likely motivation was for Pinterest to increase its own ability to monetise site traffic. As a privately held company (in June 2015, it was valued at US$11bn) with no public plans for an IPO, Pinterest recognised an opportunity to give themselves a bigger slice of the revenue pie. 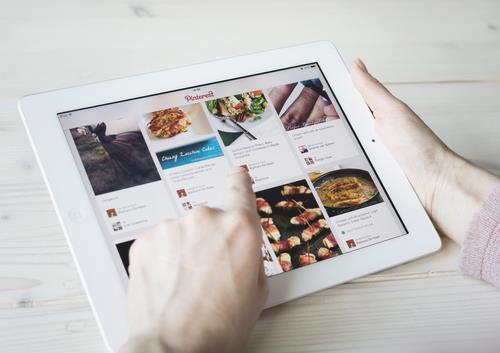 Pinterest’s user base is a burgeoning community of creative trendsetters and purchasers who have an appetite for ecommerce. The Ahalogy 2015 Pinterest Media Consumption Study provides these insights:

The changes Pinterest made do not prevent bloggers, merchants and advertisers from monetising their posts but some modifications might be necessary to ensure best practices are being utilised. These include producing high-quality Pins with compelling photos; using SEO techniques in descriptions of Pins and boards for top-of-search results; and—most importantly to Pinterest—participating in the community by re-pinning. This delivers relevant content to each Pinner’s newsfeed and increases your chances of being discovered.

There are ample opportunities for existing brands to succeed as Pinterest marketers. A quick glance at the Brands, Businesses and Blogs board on Pinterest reveals those brands who are doing well (as measured by number of followers) and those who aren’t. Best practices for successful Pinterest marketing overlap with those for other social media channels, but the unique attributes of Pinterest require understanding how its users and their activities differ. Pinterest users often move from ‘just looking’ to ‘I’m getting that’.  Help them with eye-catching, high-quality photos and crisp, relevant descriptions. More than in other social media channels, greater detail in descriptions tends to move users from discovery to adoption. With 83 per cent of active users noting they would rather follow a brand than a notable celebrity, the opportunities for promoting your brand are likely to pay off.

PinIt! – The PinIt button is omnipresent and easily embedded into any site. It is the simplest way to get your products found on Pinterest. By clicking your PinIt button, customers save the images they like as Pins on their Pinterest boards, creating greater visibility for your products.

Rich Pins – Instead of redirecting Pinners to a site, these enhanced Pins embed more information, such as pricing, product availability and other sales information, right in the Pin. There are 6 types: app, movie, recipe, article, product and place. With Rich Pins, an article can be downloaded or a recipe can be made directly from the Pin. Rich Pins are free to use, but deliver a higher quality experience for the Pinner.

Promoted Pins – In Spring 2014, Pinterest rolled out Promoted Pins to a few Fortune 500 clients. This is a form of paid advertising, similar to Facebook promotions, or Google AdWords. As native advertisements, Promoted Pins show up in Pinterest feeds like any other Pin (although there is a label that clearly indicates it is promoted). Their hope is this subtle form of advertising will be appreciated by Pinners but, based on social media buzz, it’s clear that not all users are happy with the implementation. Promoted Pins are a cost-per-click product and payment is based on Pinners click-through to your website. There is no minimum budget but there is a waiting list while Pinterest continues to assess the best way to roll out the platform.

Buyable Pins – In June 2015, Pinterest unveiled “buyable Pins.” Initially available to only iPhone and iPad users, buyable Pins will make it possible to purchase a product directly from the Pin, without leaving the Pinterest app. Buyable Pins are free to use and are being launched with a limited number of major brands, including Macy’s and Nordstrom. Small businesses can also use buyable Pins as long as they have a Shopify store. Similar to with Promoted Pins, most interested retailers will find themselves on a waitlist, presumably while Pinterest measures the impact to the community and tweaks the platform before rolling out the ecommerce feature on a larger scale.

The Pins go round and round

While Pinterest only directly monetises Promoted Pins, they have added these features to improve the total user experience. It seems in keeping with Pinterest values of sustaining their community since everyone who Pins, buyer or seller, is a member. Analyst speculation is that ads could generate $500m in revenues in 2016, making this 5-year-old startup ripe for IPO speculation. Meanwhile, CEO Ben Silbermann isn’t tipping his hand when he says, ‘our inspiration is to build a product that people love and a business model that can support that’. With 90 per cent of Pinterest users purchasing, this seems like a promising channel to deploy your advertising dollars, one image at a time.